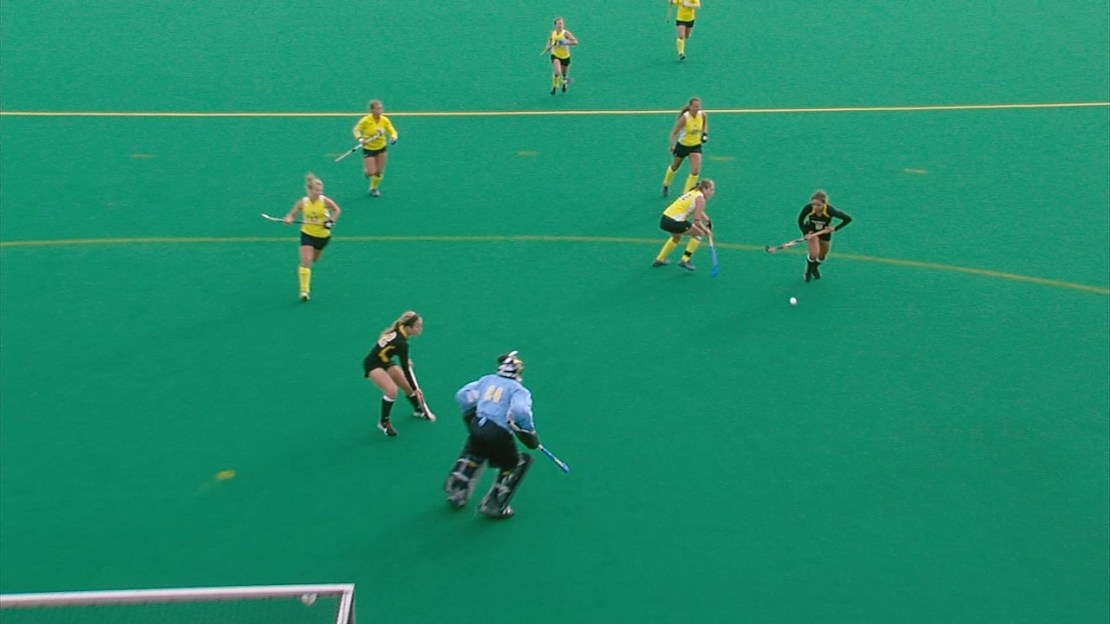 Penn State defeated Iowa 3-2 in the Friday's first semifinal of the 2012 Big Ten Field Hockey Tournament while Michigan blanked Indiana 3-0. Both winners advance to play in Sunday's tournament championship is at 2:30 p.m. ET on BTN/BTN2Go.

Get more details on all of the games via the Tournament Central page on the host site Hawkeyesports.com.

In the first game, Penn State senior Kelsey Amy scored the game-winning goal at the 53:24 mark of the game, breaking a 2-2 tie and recording her 22nd goal of the season. On Penn State's fifth and final corner of the contest, junior Whitney Reddig fed directly up to Amy on the insert, allowing the forward to rocket a shot past netminder Kathleen McGraw. Read more at GoPSUsports.com.

In the second game, the No. 13- ranked Michigan field hockey team used strong defensive play and a second-half surge to claim a 3-0 decision against Indiana in the Big Ten Tournament semifinal round on Friday evening. Read more at MGoBlue.com.