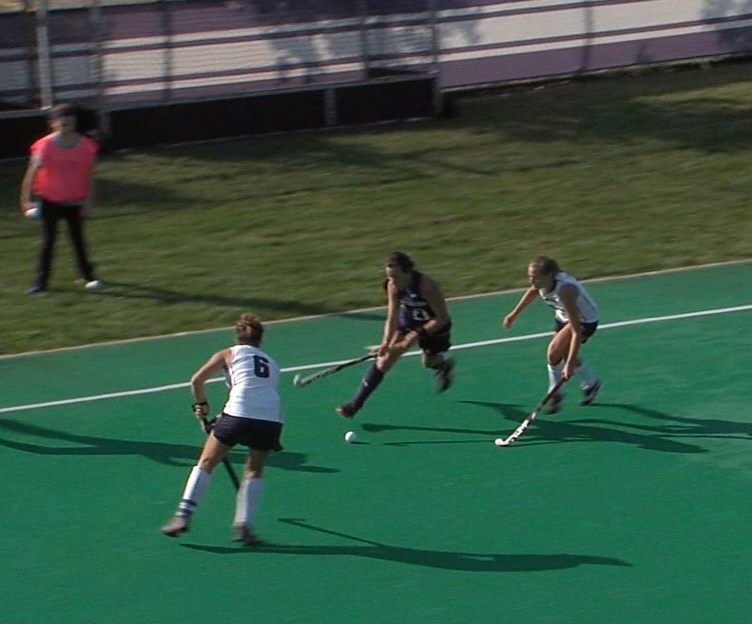 After earning it first Big Ten Championship since 2008 and sixth overall on last weekend, Penn State earned the No. 1 seed and an automatic spot in the semifinals of the 2012 Big Ten Field Hockey Tournament. The tournament starts today and the first round is shown live on the Big Ten Digital Network. Friay's semifinals and Sunday's championship air on BTN/BTN2Go.

Find the full schedule below.

[RELATED: Use the full 2012 Tournament Central page at Hawkeyesports,.com]

With Iowa, Michigan and Northwestern tied at 4-2 in the standings and 1-1 records amongst the group, Northwestern earned the No. 2 seed based on their win over top-seeded Penn State. The Wildcats will face No. 7 Indiana at approximately 1:30 p.m. CT on Thursday in the tournament?s second game.

Michigan earned the No. 3 seed in the tournament based on their head-to-head record against Iowa. The Wolverines will face No. 6 Ohio State at approximately 4 p.m. CT in Thursday?s final game.

The fourth-seeded Hawkeyes will face No. 5 Michigan State in the tournament?s opening game at 11 a.m. CT on Thursday. The two teams faced off on Sept. 21, with the Hawkeyes recording a 1-0 victory.

The top-seeded Nittany Lions will face the winner of the matchup between Iowa and Michigan State at 1:30 p.m. CT on Friday, Nov. 2. The second semifinal will pit the winner of the Northwestern-Indiana and Michigan-Ohio State games at approximately 4 p.m. CT. The final will be held on Sunday, Nov. 4 at 1:30 p.m. CT. BTN will provide full coverage of the tournament, as the quarterfinals will be streamed live on the Big Ten Digital Network, while the semifinals and finals will be available on both BTN and BTN2Go.