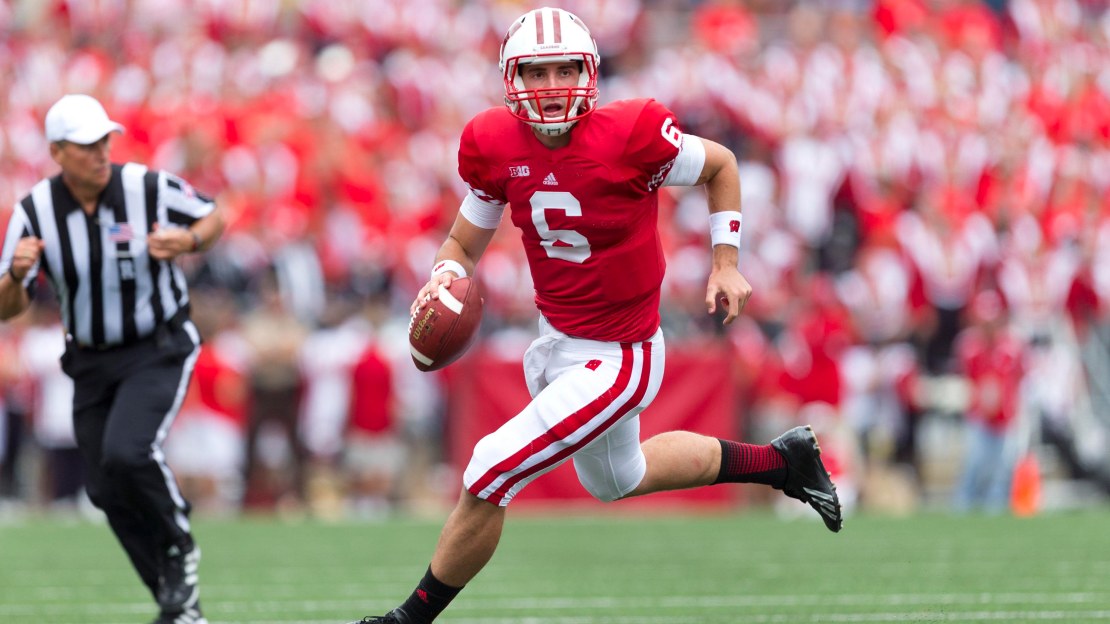 You have questions, and I have answers in this week?s mailbag. A good variety of queries populated my in-box this week, with fans wondering about Wisconsin quarterback Danny O?Brien and the stagnant Michigan offense, among other topics. Let?s get started!

Which team(s) do you give the Gophers the best chance of beating to earn bowl eligibility? – Shawn

Minnesota has games remaining vs. Michigan; at Illinois; at Nebraska; vs. Michigan State. It needs to win one of those games to become bowl-eligible for the first time since 2009. You have to like the Golden Gophers? chances when they travel to Champaign to play a Fighting Illini program that has struggled all season. Heck, they also could beat Michigan and Michigan State, given the way those offenses have struggled. But could the Gophers score enough vs. the stout defenses of the Wolverines and Spartans? The only game I would give Minnesota little chance to win would be at Nebraska.

Why do you think Danny O'Brien is struggling so much with Wisconsin after having success at Maryland? – John Stoll

That?s a good question. He earned Freshman All-American honors from several outlets and ACC Rookie of the Year in 2010 while at Maryland. But his success just hasn?t translated at Wisconsin. The big issue has been protecting the ball. Earlier this season, O?Brien made some mistakes that led to turnovers at key times. Who can forget when he changed a play late in the Nebraska game that resulted in a botched handoff to Montee Ball? O?Brien still has talent and doesn?t need to be a superstar for the offense to do well. He just needs to limit mistakes and play within himself. I think early-season pressure may have gotten to him. He?s battling Curt Philips for the starting job now that Joel Stave is out for the season with a broken collar bone.

What?s up with the Michigan offense? – Scott S.

It honestly hasn?t looked good for most of the season. The attack ranks No. 7 in the Big Ten (378.1 ypg), No. 4 in rushing (206.6 ypg) and No. 6 in scoring (28.0 ppg). The biggest issue has been passing, as the Wolverines are No. 11 in the Big Ten (171.5 ypg). The offense hasn?t scored a touchdown in the last two games, albeit against Michigan State and Nebraska, as the attack has become more reliant on the run and thus easier to defend. Until Michigan shows better balance, it will struggle to score. How bad has it been the last two weeks vs. Michigan State and Nebraska? The Wolverines have a combined 514 yards. Against Purdue before that two-game slump, Michigan had 527 yards. Brady Hoke has said the biggest issue is blocking, not the running backs or Denard Robinson and his spotty passing.

When observing the blocked punts for Ohio State, is it a formation thing, coaching or a slow get-off time by the punter? – Jonathan

Urban Meyer has said that the punt block allowed vs. Penn State was a break down in scheme. And, count on it being corrected. UAB also blocked a punt vs. the Buckeyes. The staff always is evaluating its formation and blocking skills. The snap and kick themselves haven?t been issues.

What is going on at Iowa? Does Kirk Ferentz still have it? – Howard

Hey, it wasn?t that long ago when Iowa was rolling under Ferentz. Back in 2009, the Hawkeyes went 11-2 and won the Orange Bowl. Ferentz also has two Big Ten titles and another Orange Bowl on his resume. The guy is 100-71 overall at Iowa and 59-49 in the Big Ten in his 14th season in Iowa City. Fans need to recall that this is a young Iowa team that no one expected to win the Big Ten-let alone the Legends Division-this season. Ferentz didn?t suddenly forget how to coach.

What kind of bowl revenue hit can the Big Ten expect this season? We're looking at one BCS team, and quite possibly only seven teams overall going bowling. – Tom

Yes, there almost certainly will be just one BCS team. And that will hurt the most financially. The Big Ten has sent two teams to BCS bowls each season since 2005 and 11 times in the 14-year history of the system. As a point of reference, last year, the Big Ten earned $47 million from going to 10 bowls which meant each school earned about $2 million after expenses. More than half of those earnings ($28.4 million) came from the two BCS appearances-Wisconsin in the Rose and Michigan in the Sugar. The Big Ten earned a total of $17.7 million from the other eight bowls last season. Bottom line: Not being able to fill bowl slots in, say, the Little Caesar?s Pizza and Heart of Dallas Bowls, won?t really hurt the Big Ten?s pocket book. Being in only one BCS game will hurt.