Beyond: Discussing the latest on player safety 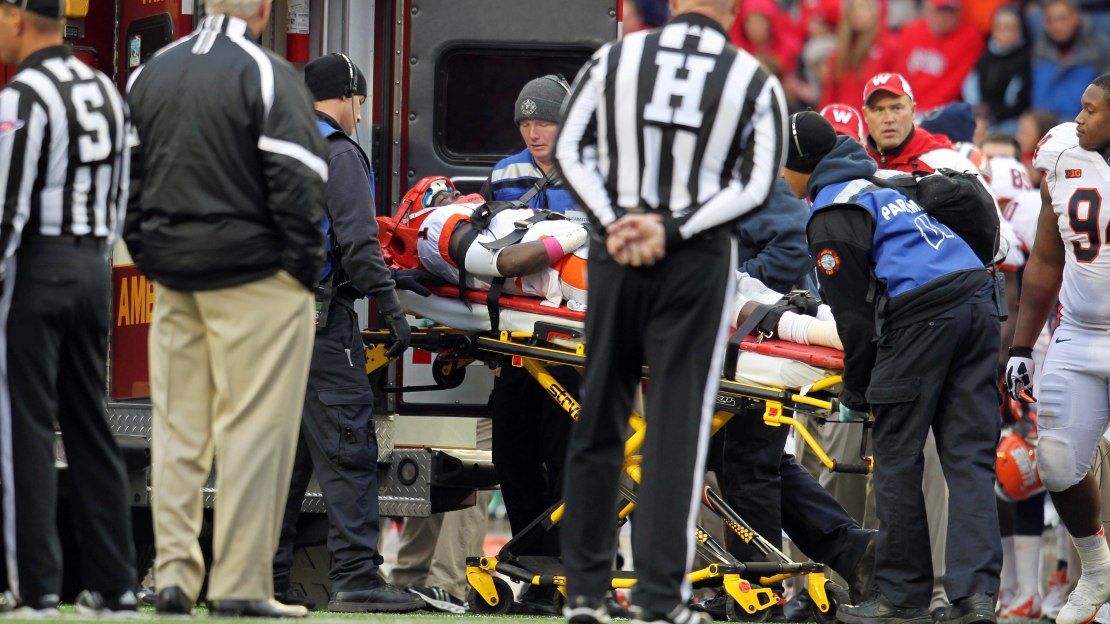 On Wednesday night's "Big Ten Football & Beyond," our crew discussed player safety, with an emphasis on Daydrion Taylor's vicious hit on Bob Stephenson 15 years ago. The play ended both players' careers, and BTN analyst and sideline reporter Jon Jansen, who played in the 1997 Michigan-Penn State game, joined the panel to give his thoughts on the hit and its aftermath. Watch the video here.

BTN will feature Taylor's hit on Stephenson on our pregame show at 11 a.m. ET Saturday. The feature marks the first time the two former Big Ten players have publicly talked about the hit.

There's no doubt Jansen was impacted by the play and its painful result.

"It was one of those things where you just kind of pause for a moment and realize what possibly can happen," Jansen said. He added: "It really gives you a moment of pause, because you realize you're only one play away from never having the opportunity or privilege to play football again."

Here's a preview to the feature story: