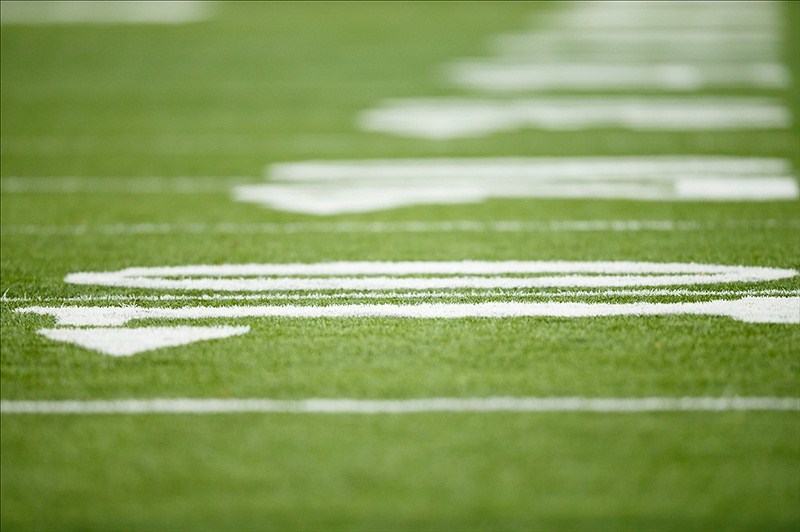 The subject of concussions and head injuries has become a white-hot topic at every level of football, and the Big Ten is doing its part to better understand the issues and make things more safe. On this Saturday's "Big Ten Football Pregame Show," at 11 a.m. ET, our TV crew explores this topic by observing the 15th anniversary of the Daydrion Taylor-Bob Stephenson collision in a 1997 game between Penn State and Michigan.

Spearheading the collaboration with the Ivy League is Big Ten associate director of compliance Kerry Kenny. I spoke to Kenny this week about a wide range of subjects involving concussions, head injuries and what is being done to make sports safer.

Q: Have you seen the Daydrion Taylor-Bob Stephenson hit from the Penn State-Michigan game in 1997?
A: I actually remember watching the game back in 1997.

Q: What do you think of the collision?
A: It?s quite an impactful hit in terms of the initial contact and secondary contact once the player hits the turf, as well. That?s when the second-impact syndrome comes into play. It looked devastating, and you could tell right away that something was amiss with both guys from how they reacted once they were on the ground.

Q: What are the Big Ten and Ivy League trying to accomplish with their partnership?
A: One, we are trying to get a better understanding of the burgeoning issue impacting all levels of sport. Football is what gets the most coverage, but it?s really across all sports. It hits home with us as college athletics, but it reaches all the way to youth sports and up to the professional levels, as well. So we are trying to get a better understanding on what this issue is.

We also want to put ourselves in a situation to gather some meaningful data that can be mined by some of the wonderful institutions that we have in our league and by the Ivy League and some of its research prowess, as well. We are hoping we can get our arms around this high-impact issue specific to college sports and also hopefully use some of the non-athletics research to better understand the issue for general society, as well.

Q: How did the union with the Ivy League come to fruition?
A: We started our collaboration with the Ivy League this past June. But the Big Ten, we have always had our sports medicine committee dealing with issues involving injury prevention and injury assessment over the years. In late 2009 and early 2010, we started to accelerate some of the discussions about concussions and head injuries in sports. We have had it on our radar for that period of time in terms of the education piece on campus, bringing it to the forefront and having a concussion management plan on campus. We also wanted return-to-play guidelines for student-athletes and to try and manage that at an institutional level.

Q: What is done at each school football-wise as far as trying to prevent concussions?
A: In 2010, the NCAA mandated that each school had to have a concussion management plan on file. As a conference, our sports medicine committee–which is made up of our team physicians and head athletic trainers for football and Olympic sports–put together a foundation for Big Ten concussion management plan that was intended to provide a baseline for all of our institutions that said at a minimum: Here is what you should have included in your plan. But the schools have the autonomy to add and implement anything further that they think fits their institution.

Along with that piece was a companion educational piece where each of our institutions are expected to educate their student-athletes, coaches and support staffs of each sport to what this issue is, what can occur if a head injury or concussion occurs during the course of play and how to manage that from a return to play and return to study academics standpoint.

It?s a two-fold approach. There?s the plan that?s in place and the expectation of education occurring, as well, on each campus.

Q: Have you worked with any equipment manufacturers?
A: As a conference, we don?t. Most of those relationships are contracted through each institution. Those types of conversations I would imagine happen between the head athletic trainer or head team physician on each campus.

Q: Is this an issue that can be solved with just making better equipment?
A: No. Education and how coaches teach fundamentals and proper techniques. And with officials, as well, being able to recognize and enforce the rules in place. There have been some good strides to try to address the safety issue with some limiting of high hits and the conference office review of potentially dangerous situations from the week prior to try to address those before the next week?s games. It?s definitely a shared effort. It?s not just the student-athletes, athletic medicine, it?s everyone involved in the enterprise that has to focus on the issue.

Q: Do you think the research will lead to fewer concussions?
A: If we can reduce the number of head injuries, that would be great. But from a short-term perspective, one of the biggest things is from an educational standpoint, having student-athletes and coaches understand the significance of this issue so they can better recognize it.

From an officiating standpoint, too, Bill Carollo, our coordinator of officials, has been very proactive in helping educate our officials by having officials, trainers and doctors come to his officiating clinics in the summer to help talk about this issue, too. The educational approach is first and foremost. But from a data perspective, if there is a way we can pull and extract some data that shows where some of the higher incidents are of when concussions or head injuries occur–whether it?s during play-by-play impact of offensive and defensive linemen in practice, or in competition settings. If we can better understand the issue, it allows us to hopefully make education and fact-based decisions on how to further improve from a rules perspective and from a student-athlete well-being and health and safety perspective. At the end of the day, that?s why we are here, to make sure our student-athletes leave our institutions better than they found it.

Q: Does any other conference have a similar program?
A: Before we even started out collaboration with the Ivy League in June, they had done some interesting things in terms of limiting the number of full-contact practices during the season. They also have done some research is soccer, lacrosse and hockey. The SEC this past offseason announced they were putting together a working group to look at the concussion and head injury situation, as well. We aren?t the only ones and hopefully it?s something everyone is looking at in the future because it?s such an incredibly important issue.

Q: Would you recommend kids still play tackle football?
A: That?s a good question. I was at a concussion conference at Penn State in early October, there were about 12 different presenters, some of the leading experts in the field, and pretty much all said that?s the biggest question that have to deal with from a clinical aspect of when parents come into their office these days. All of them said that there obviously is the risk with playing a contact sport, especially at that young age. Some advocate having a ban on full-contact football until age of 14. But I think the inherent value of playing sports and the lessons learned counterbalances the risk. You have to be aware and cognizant of it and mange it as best you can. But there are also many benefits from playing youth sports that you really don?t get in other aspect of life.

Q: Are there other sports aside from football that have a lot of incidents of head injuries and concussions?
A: Ice hockey, because of the checking and impacts that occur on the ice. Soccer with its headers. It isn?t necessarily the impact of the head on the ball, but it could be someone going up and catching an elbow from someone else going up for the header. Lacrosse, the same thing. You can get whacked in the head with a stick or hit with the ball or get body-to-body impact. So, I think it?s not just football, though it gets the most publicity. It?s something that affects all of our sports and student-athletes. That?s why we don?t limit our work to just football.