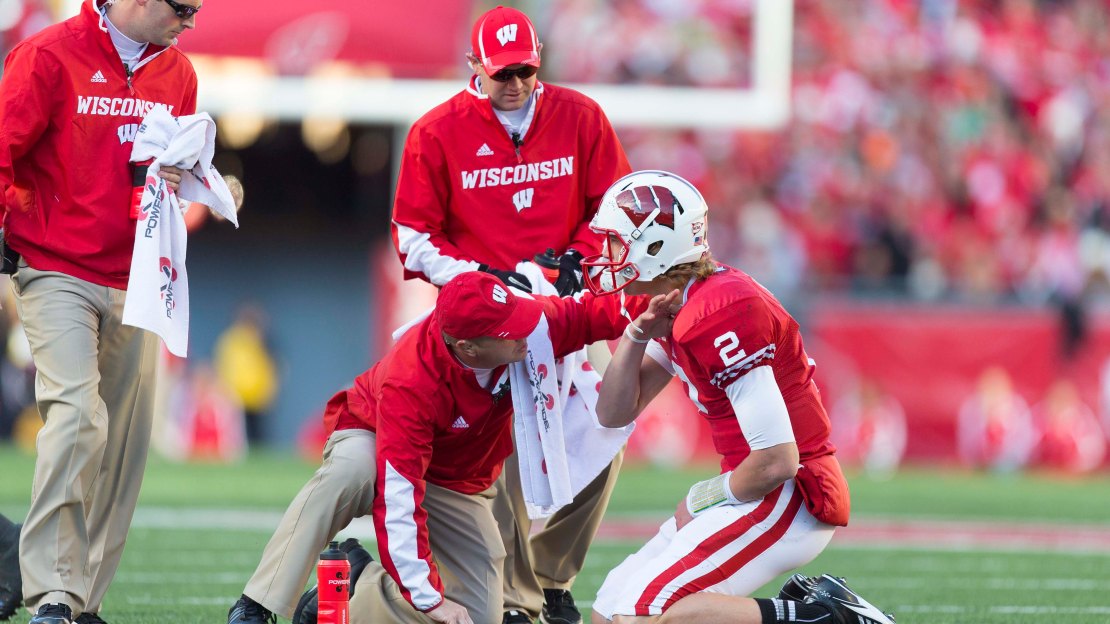 Wisconsin quarterback Joel Stave is out for the season with a broken left collarbone, Bret Bielema announced Monday. Bielema says Stave, who was injured on a William Gholston sack in Saturday's overtime defeat to Michigan State, will need eight weeks to recover.

In seven games, the Badger completed 70-of-118 passes (59 percent) for 1,104 yards and six touchdowns. He threw three interceptions.

Junior Danny O'Brien, the Maryland transfer who opened the season as the starter, and senior Curt Phillips will vie for the starting spot for Wisconsin (6-3, 3-2). The Badgers are on a bye this week and play at Indiana (1-3, 3-5) on Nov. 10.