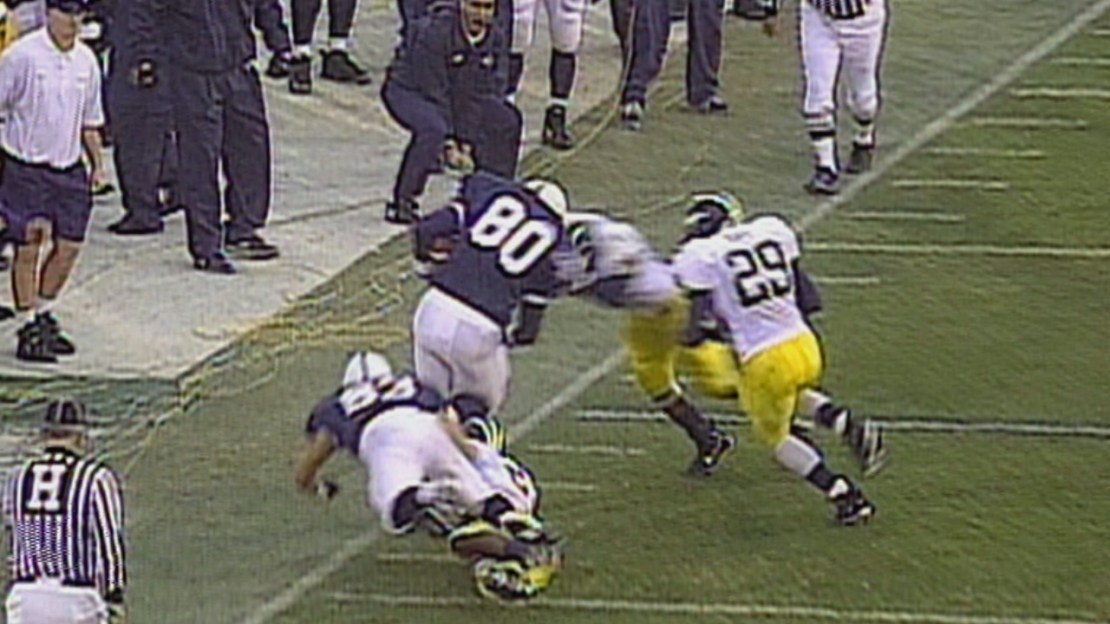 The date was Nov. 8, 1997, otherwise known as the day Daydrion Taylor and Bob Stephenson's lives forever changed. In the first quarter of a Michigan-Penn State game at Beaver Stadium, Taylor, a Michigan safety, delivered a bone-crushing hit on Stephenson, a Penn State tight end, near the sideline. The collision was so fierce it ended both players' careers.

Fifteen years later, the two open up about the hit in a BTN feature that will air during Saturday's pregame show. Until then, here's a peek of what's to come.

So, just how hard was the hit?

"Thirty-two years of watching college football in the press box, I have never seen a hit like that," Penn State play-by-play voice Steve Jones said.

"Probably as hard a hit as I've been around," then-Michigan defensive line coach Brady Hoke said.