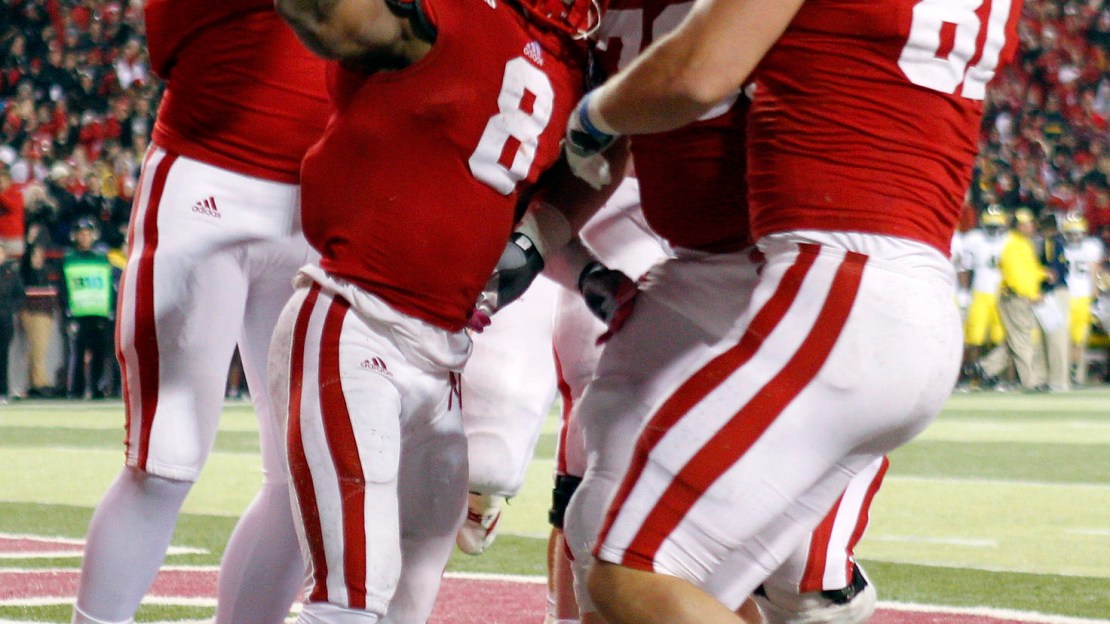 With another Saturday in the rear-view mirror, it?s time to take the temperature of the Big Ten. It was a tough week for the Leaders Division, with four of its six teams losing. And a new leader emerged in the Legends, as Nebraska continues to move up. Where do all the teams land in my latest Power Rankings? Find out in this post.

1. Ohio State (9-0, 5-0). The Buckeyes imposed their will on Penn State, 35-23, to push their record to 9-0. The maligned defense played well, allowing 359 yards (28 rushing). And it hardly looked like Braxton Miller was coming off a neck injury. Bottom line: This team has something special about it as it continues to pursue perfection.
Last week: 1
Next: Illinois

2. Nebraska (6-2, 3-1). Two weeks, two big wins-first at Northwestern and Saturday vs. Michigan, 23-9. What?s it all mean? The Cornhuskers control their destiny in the Legends Division as they chase their first league title since winning the Big 12 in 1999.
Last week: 5
Next: at Michigan State

[RELATED: Dienhart: 'Huskers are in the driver's seat']

3. Michigan (5-3, 3-1). The Wolverines suffered their first Big Ten loss, falling 23-9 at Nebraska. But a bigger loss was quarterback Denard Robinson, who left the game with an elbow issue. Brady Hoke says Robinson will be fine. He better be for this key stretch drive.
Last week: 2
Next: at Minnesota

4. Northwestern (7-2, 3-2). The offense awoke from a three-game slumber to ambush Iowa, 28-17, keeping alive Legends Division title hopes. Just think: The Wildcats are just two fourth-quarter double-digit point blown leads away from being unbeaten.
Last week: 6
Next: Off (at Michigan, Nov. 10)

5. Penn State (5-3, 3-1). No shame in losing to sophomore sensation Braxton Miller and undefeated Ohio State, 35-23. But the Nittany Lions? issues running the football could prove to be hazardous down the stretch with games remaining vs. the likes of Nebraska and Wisconsin.
Last week: 3
Next: at Purdue

6. Michigan State (5-4, 2-3). The Spartans? hopes of winning the Big Ten are bleak, but the 16-13 overtime win at Wisconsin showed Michigan State still has heart, a great defense and likely doesn?t have to worry about not qualifying for a bowl.
Last week: 8
Next: Nebraska

7. Wisconsin (6-3, 3-2). The 16-13 overtime loss at home to Michigan State was a stinger, but it really has little impact on the Badgers? quest to win the Leaders Division. But the loss does show how much they need QB Joel Stave, who is out for the season after suffering a collarbone injury early in the second half.
Last week: 4
Next: Off (at Indiana, Nov. 10)

8. Iowa (4-4, 2-2). That?s two ugly losses in a row the Hawkeyes, who may find themselves fighting for their bowl life. Running back Mark Weisman needs to get healthy-right now. And what happened to the defense in that 28-17 loss at Northwestern?
Last week: 7
Next: at Indiana

9. Minnesota (5-3, 1-3). How about true freshman QB Philip Nelson?! Because of him, the Gophers? bowl hopes got a huge lift with a dismantling of Purdue to end a three-game losing skein. Minnesota now has five wins with games left vs. Michigan, at Illinois, at Nebraska, Michigan State.
Last week: 10
Next: Michigan

[RELATED: How did we do? Week 9 picks revisited]

10. Indiana (3-5, 1-3). Let?s hear it for the Hoosiers, who ended an 11-game Big Ten losing skein with a 31-17 victory at Illinois! The offense continues to shine even without injured QB Tre Roberson, scoring at least 24 points in each game this season. Even more vital: Indiana showed it could close a game and the defense made some stands.
Last week: 11
Next: Iowa

11. Purdue (3-5, 0-4). That?s four losses in a row for the Boilermakers, who will be hard-pressed to make a bowl following a 44-28 loss at Minnesota. Was this really the same Purdue team that lost at Ohio State in overtime last week? Offense? Defense? Special teams? They all are struggling.
Last week: 9
Next: Penn State

12. Illinois (2-6, 0-4). How did the Illini respond coming off a bye week? They got beat at home by Indiana, 31-17. That?s five losses in a row for Illinois, which is getting whipped in the trenches on both sides of the ball. The wins this season have come vs. Western Michigan and Charleston Southern.
Last week: 12
Next: at Ohio State