Dienhart: 'Huskers are in driver's seat' 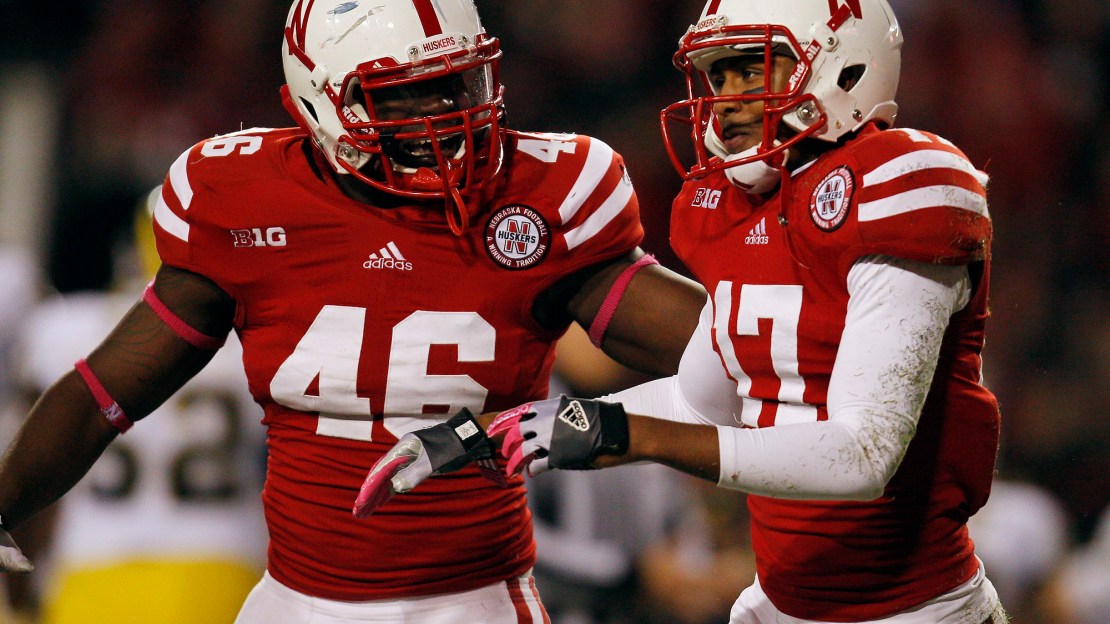 LINCOLN, Neb. — This is what Bo Pelini had been waiting for: A big win. And that?s exactly what Saturday night?s 23-9 victory over Michigan was. Oh, Pelini has won some important games since taking over as Nebraska coach in 2008. One of my favorites was at the 2009 victory in the rain at Missouri.

But, more often than not, Pelini has come up short when the lights have shined the brightest. Remember the Big 12 championship game losses after the 2009 and 2010 seasons? Sure you do.

Tonight?s victory over Michigan, which was making its first trip to Nebraska in over 100 years, wasn?t ?storm the field huge.? But it nonetheless was still big on many fronts. In fact, it was Pelini?s biggest triumph since Nebraska joined the Big Ten for the 2011 season.

It was time for the fifth-year coach to make another statement. Pelini?s program should be hitting its peak at this stage of his tenure. The roster is stocked with his players, the coaching staff has grown together, philosophies have been ingrained.

Now is the time to win. And that?s what Pelini and the Cornhuskers are doing.

Nebraska is 6-2 overall and 3-1 in the Big Ten. With each successive win, the stakes will keep getting higher for a team and a season that-honestly-was teetering on the edge when it played at Northwestern last week coming off a humiliating 63-38 loss at Ohio State that left the Huskers with a 4-2 overall record.

Lose at Northwestern, and the season could start sliding downward quickly. But the Huskers responded with a 29-28 triumph, rallying from 12 points down in the fourth quarter. And Nebraska followed that gutty comeback with this methodical victory.

Now, the Cornhuskers are primed to perhaps win their first conference title of any sort since 1999. Yes, you read that correctly: Nebraska hasn?t won a league championship of any sort in 13 seasons.

The trip to Michigan State next week is huge. The visit from Penn State the week after that is even bigger. Win those tough tests, and the final two games games (vs. Minnesota and at Iowa) will be Titanic. Then comes a massive trip to Indianapolis for the Big Ten championship game.

"This was a big step for us," Pelini said. "Just like I told the team, you win and the season goes on and it takes you higher and higher."

See how that works?

The Nebraska victory over Michigan also makes the Legends Division race that much more interesting. This was Michigan?s first Big Ten loss, as the Wolverines are now 5-3 overall and 3-1 in the Big Ten, putting them in a tie with Nebraska atop the division. And Northwestern remains a factor with a 7-2 overall record and 3-2 Big Ten mark. (Iowa is 2-2 in the league but is struggling.)

But Nebraska owns the tiebreaker over Northwestern and Michigan-which each beat the Huskers last season–by virtue of its victory over both teams. So, the Huskers are in the driver?s seat.

?I don?t buy into any of that,? said Pelini.

Well, he may not, but I do. Because it?s true. The road to the Legends Division crown runs through Lincoln. Print it.

Nebraska received some help in this one, when Michigan quarterback Denard Robinson left the game in the second quarter with an elbow nerve injury and spent the rest of the game on the sideline. Michigan coach Brady Hoke says Robinson's status for next week?s game at Minnesota won?t be impacted.

With their star injured, the Wolverines inserted backup Russell Bellomy-and the offense stalled, as Bellomy hit only 3-of-16 passes for 38 yards with three picks and two sacks. But it?s not like the Wolverine attack was on fire even with Robinson under center.

Credit the defense, which has had some rough moments in 2012. No one will forget the 653 yards allowed in a 36-30 loss at UCLA. And the 63 points allowed at Ohio State always will have a place in Husker infamy. But the Nebraska defense has tightened the last two weeks. In a 29-28 win at Northwestern, the Cornhuskers allowed just 301 yards. Tonight, Nebraska yielded only 188 yards with just 93 coming through the air.

The Huskers also didn?t beat themselves tonight, but there remains much room for improvement. There were two turnovers and eight penalties for 104 yards. But it wasn?t costly for a Cornhusker squad that entered the game with a Big Ten-high 18 turnovers lost, with 13 of those coming on fumbles.

Nebraska used a balanced attack on this night, running for 160 yards and passing for 166 yards. With Rex Burkhead out with injury, Ameer Abdullah had his fourth 100-yard rushing game of the season (101). Quarterback Taylor Martinez completed 14-of-24 passes for 166 yards with a touchdown and interception.

"In the second half, especially late in the third quarter, we didn't tackle well as a defense," Hoke said. "When you don't tackle well in a big game, it doesn't go well."

Bottom line: This was a workmanlike effort by a blue-collar Nebraska team that may be primed for big things.