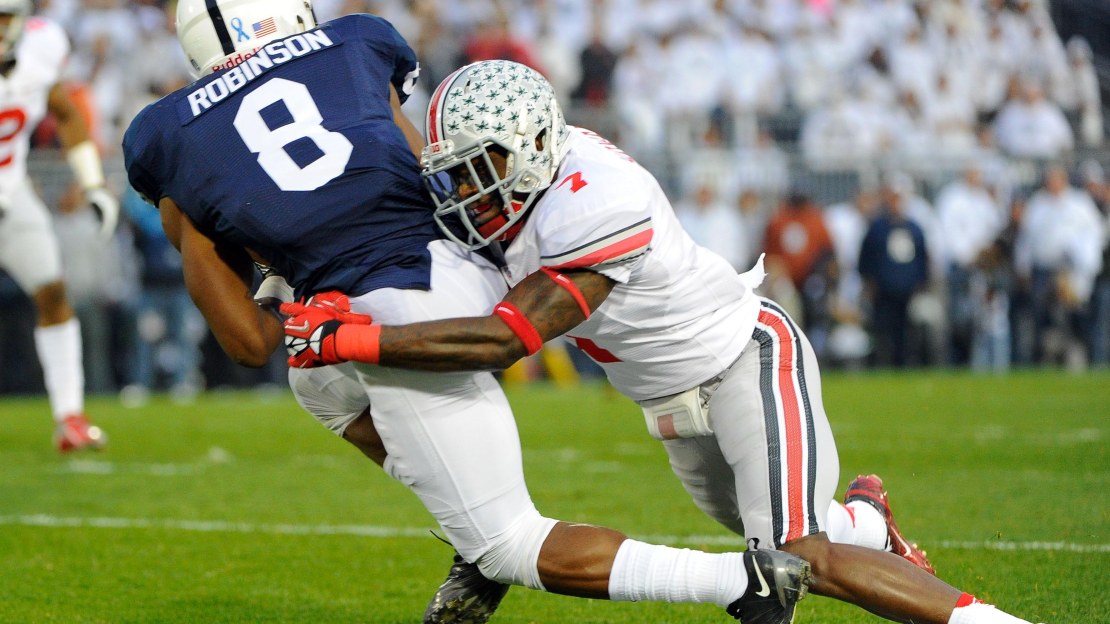 No. 9 Ohio State will start the second quarter with the ball at Penn State's 45-yard line.

Player on the spot: The Penn State running backs. Zach Zwinak, Bill Belton ? whomever. The Nittany Lions passing game is among the league?s best, ranking No. 2 in the Big Ten (257.1 ypg). But Penn State needs to establish a ground game, which has at times been problematic. The Nittany Lions are just No. 9 in the league in rushing (149.3 ypg). Michigan?s run defense is No. 7 (143.0 ypg).

Key matchup: Ohio State QB Braxton Miller vs. Penn State front seven. Miller left last week?s game vs. Purdue in the third quarter with an undisclosed injury. But he?s been cleared and is apparently good to go. We shall see. Miller will need to be on his game, as Penn State has the No. 4 defense in the Big Ten (322.7 ypg), ranking No. 2 vs. the run (113.0 ypg) and No. 2 in scoring defense (15.7 ppg).

Key note: Penn State is among 17 teams in the country with an active winning streak of five games or more, while the Buckeyes are one of 11 undefeated teams and the nation?s only 8-0 team.