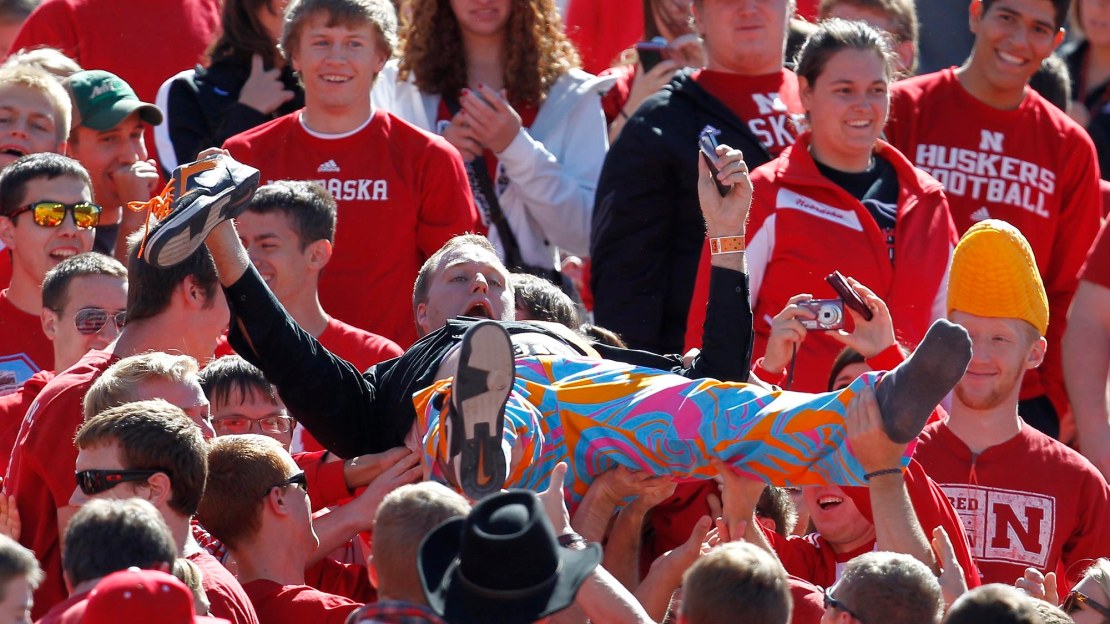 The two teams combined for more punts than points in a slow first quarter and the game is tied 0-0 at the end of the first quarter. Both teams saw their defenses make stands, forcing three punts in the quarter.

Nebraska has the ball on its own 14-yard line to begin the second quarter.

Player on the spot: Nebraska QB Taylor Martinez. He?s the top-rated passer in the Big Ten and leads the conference with 15 touchdown passes. And Martinez is coming off his best game since the opener against Southern Miss, throwing for 342 yards and three touchdowns in a 12-point comeback victory at Northwestern. He needs another big game against a very good Wolverine defense.

Key note: This will be just the second time that two quarterbacks with 5,000 career yards passing and 2,000 career yards rushing will meet, as Denard Robinson and Taylor Martinez each have reached both of those milestones. The other time was 2005, when Texas? Vince Young met Missouri?s Brad Smith.