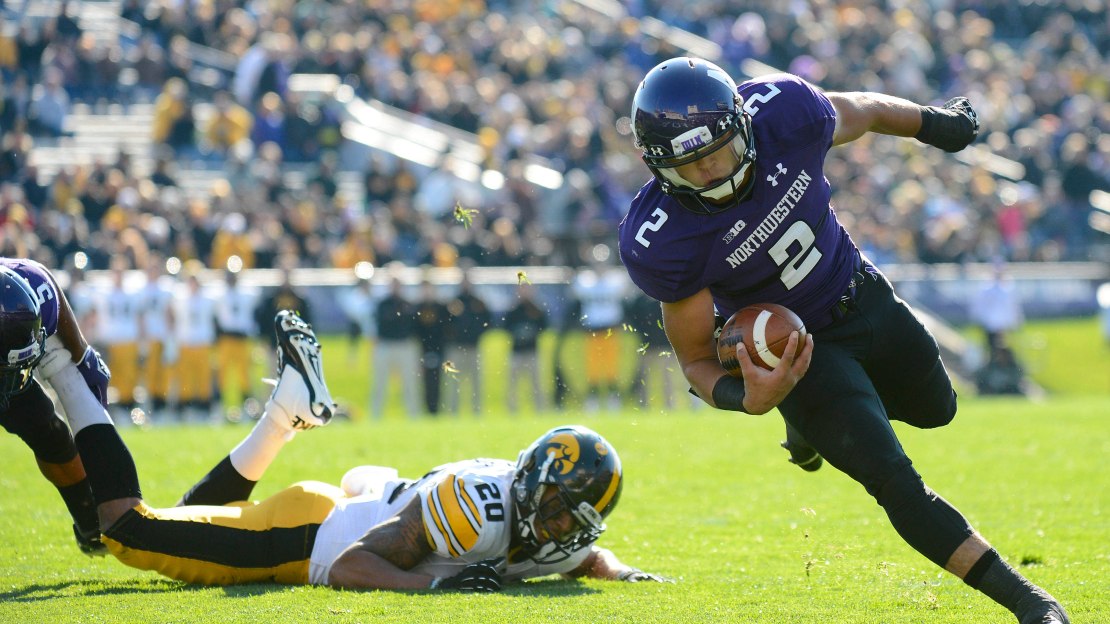 Northwestern racked up 75 rushing yards in the first, and the Wildcats lead 7-3 at the end of the first quarter. Northwestern's front seven stepped up in the quarter, allowing Iowa to gain just 14 rushing yards. The Wildcats scored the game's first points after Kain Colter kept it himself for a five-yard touchdown run on the last play of an 11-play, 75-yard drive.

The Hawkeyes made the score 7-3 after Mike Meyer kicked a 39-yard field goal to finish off a 52-yard drive.

Iowa will start the second quarter with the ball on the Wildcats' 38-yard line.

Player on the spot: The Northwestern quarterbacks, Kain Colter and Trevor Siemian. The offense has struggled the last three weeks, notching 262, 275 and 301 yards, respectively. The Wildcats had 704 vs. Indiana before the three-game swoon. The passing game has been the problem, as Northwestern ranks last in the Big Ten with an average of only 172.8 yards passing per game.

Key matchup: Iowa QB James Vandenberg vs. Northwestern secondary. Look, neither has played well of late. Of the 12 starting quarterbacks in the Big Ten, Vandenberg is No. 12 in passing efficiency. He?s hitting just 55.8 percent of his passes with three touchdowns and five picks. The Wildcats have the worst pass defense in the Big Ten (279.8 ypg), melting down late in losses at Penn State and at home vs. Northwestern. And NU will be without two injured corners in Nick VanHoose and Quinn Evans.

Key number: 90, rushing yards needed by Northwestern?s Venric Mark to hit 1,000 for the season. The Wildcats haven?t had a 1,000-yard rusher since Tyrell Sutton in 2006.

Key note: The Wildcats have won five of the last seven meetings against Iowa, and they?ve done it with a flair for the dramatic. Four of those seven games have been decided by seven points or fewer, including Northwestern?s come-from-behind victory in 2010 in which the ?Cats trailed by 10 points heading into the fourth quarter.