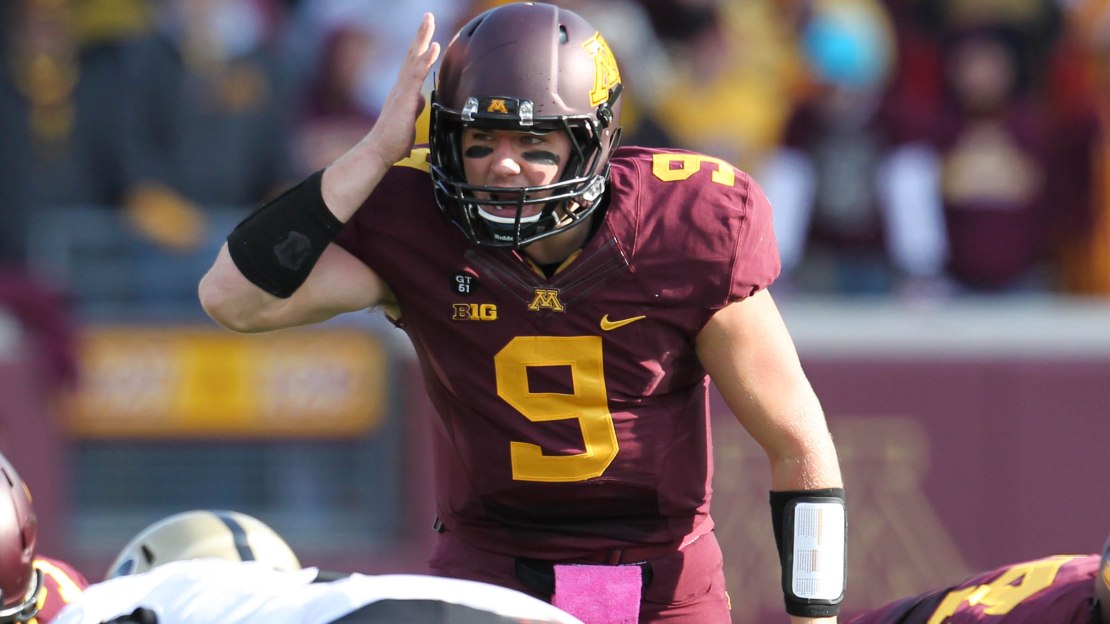 Every Saturday during the Big Ten football season, BTN.com senior writer Tom Dienhart watches all the action and offers his Snap Reactions. See Dienhart?s immediate thoughts from Michigan State's impressive rally and overtime victory at Wisconsin and Minnesota's emphatic win over Purdue in this post.

Michigan State 16, Wisconsin 13 OT
1. The Michigan State win kept the Spartans? bowl hopes alive-and showed that the team has a lot of fight left after losing two in a row and three of four. All game long, Michigan State?s offense did little. But the attack came to life late to score a tying touchdown with 1:08 left and then a winning touchdown in overtime.

2. Yes, this loss stings for Wisconsin, but it still figures to win the Leaders Division with Penn State and Ohio State both on probation. The Badger offense was held to just 190 yards. And Wisconsin ran 37 times for 19 yards (0.5 yards per carry). Montee Ball ran 22 times for 46 yards; James White ran 7 times for 16 yards. They had combined to average 356.0 yards rushing in the last two games.

3. How serious is quarterback Joel Stave?s injury? Yes, the Michigan State defense had a lot to do with the Badgers? offense struggles on this day. But this clearly is a team that responds better to Stave and will need him down the stretch. Before leaving with injury, Stave hit 9-of-11 passes for 127 yards and a TD. Danny O?Brien come on and hit 5-of-11 for 44 yards.

Minnesota 44, Purdue 28
1. The Gophers look like they have found their quarterback of the future in Philip Nelson. In just his second start, the true freshman sliced and diced the Purdue defense by hitting 15-of-22 passes for 246 yards and three touchdowns.

2. The Gophers look to be in good shape to reach their first bowl since the 2009 season, when Tim Brewster was coach. Minnesota has five wins, needing just one more. The ground game played a big role, running for 212 yards. The Gophers hadn?t eclipsed the 200-yard rushing mark since the second game of the season vs. New Hampshire.

3. Purdue?s bowl hopes may be on ice after this loss. The Boilermakers are 3-5 and need three more victories with games left vs. Penn State; at Iowa; at Illinois; vs. Indiana. The defense has struggled much of the season after coming into 2012 with big expectations. But in the last five games, Purdue has yielded 41 points to Marshall; 44 to Michigan; 38 to Wisconsin; 29 to Ohio State; 44 to Minnesota.