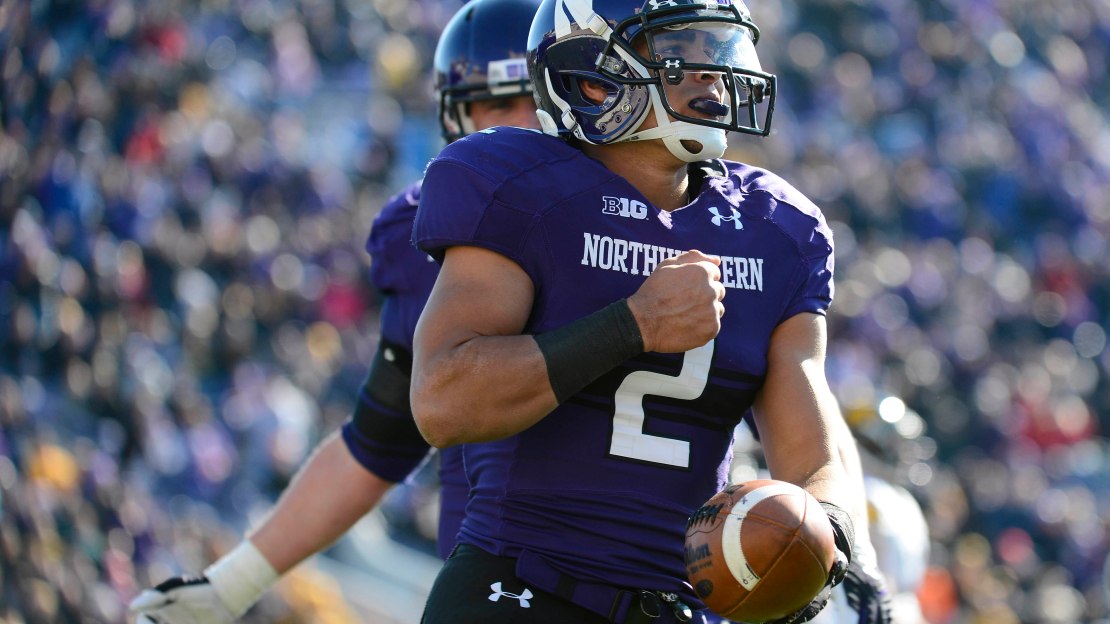 Kain Colter scored three rushing touchdowns and threw for another score as Northwestern defeated Iowa 28-17 on Saturday. The Wildcats (7-2, 3-2 Big Ten) have been struggling with their passing game, but had success running the ball. Colter rushed for 166 yards and Venric Mark ran for 162 yards. Mark became Northwestern's first 1,000-yard rusher since Tyrell Sutton in 2006.

Northwestern has won four of its last five against the Hawkeyes (4-3, 2-1), who fell further out of contention in the Big Ten Legends Division. Iowa was hurt by sacks, penalties and lack of execution on offense.

Running back Mark Weisman, a native of Buffalo Grove, Ill., exited late in the second quarter with an injury and rushed for just 21 yards. Damon Bullock handled most of the rushing and finished with 107 yards.

FINAL: Kain Colter broke out against Iowa, piling up 166 rushing yards and scoring three touchdowns to lead Northwestern to a 28-17 victory on Saturday at Ryan Field. The Wildcats' explosive offense used big plays to take down the Hawkeyes.

Northwestern had four plays of 20 yards or more on its way to victory. With 14:51 to go in the second quarter, Venric Mark ran 72 yards, the Wildcats' biggest gain of the game. The big play set up a nine-play drive that gave Northwestern a 14-3 lead after Colter kept it himself for a two-yard touchdown run.

Colter threw for 69 yards while completing five of eight passes for the Wildcats. Colter finished the game with one touchdown and one interception.