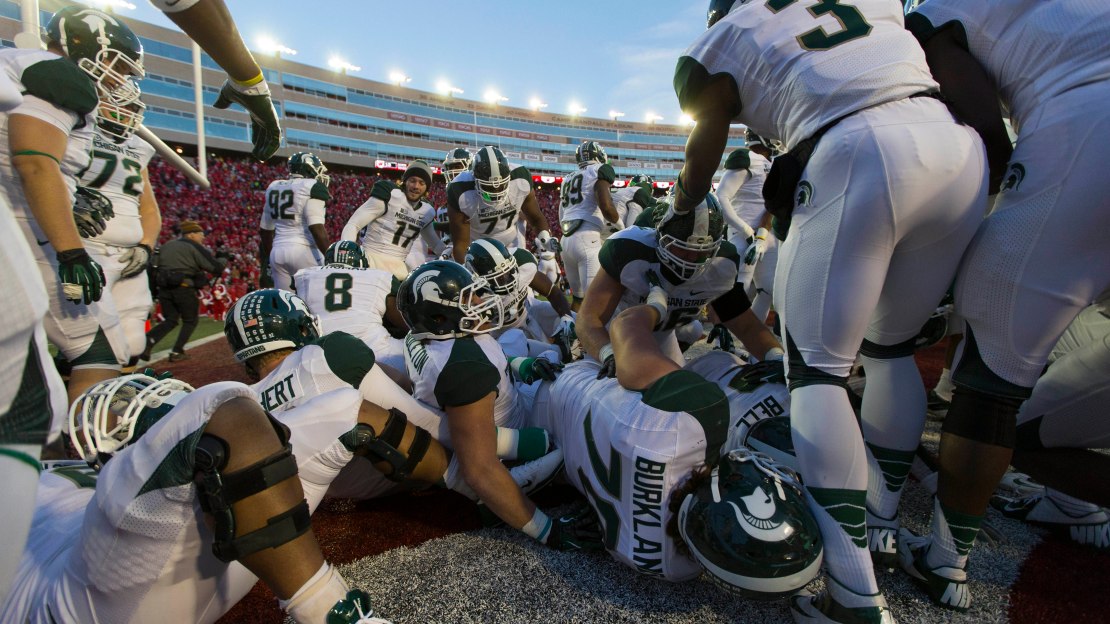 Andrew Maxwell threw a 12-yard touchdown pass to Bennie Fowler in overtime, giving Michigan State a 16-13 victory and snapping Wisconsin's 21-game home winning streak. It was the first win at Camp Randall since 2001 for the Spartans (5-4, 2-3 Big Ten), who have won four of the last six games against Wisconsin. It was the Badgers' first loss at home since Oct 17, 2009.

The teams have had a hand in the last two Big Ten titles, sharing it in 2010 and playing in the first conference championship game last year. But this was nothing like those games.

After rushing for 804 yards in its last two games, Wisconsin managed a measly 19 yards rushing, its fewest in five years. Michigan State recovered a botched punt at the Wisconsin 11, only to be forced to punt after going minus-23 yards.

FINAL: Michigan State needed one overtimes to knock off Wisconsin, outlasting the Badgers 16-13 on Saturday at Camp Randall Stadium. After Wisconsin kicked a field goal on its drive to start the first overtime, the Spartans scored on Andrew Maxwell's 12-yard touchdown pass to Bennie Fowler to capture the victory.

Michigan State's Maxwell went 24 of 39 through the air for a total of 215 yards. Maxwell finished the game with two touchdowns and no interceptions. Maxwell had a trusted receiver in Fowler. He caught six passes for 48 yards and one touchdown.

The Spartans' defense stymied the Badgers' rushing attack. Michigan State held Wisconsin to a mere 19 yards on the ground.

The Badgers' Jacob Pedersen was productive despite the team loss. He scored one touchdown and snagged three passes, good for 65 receiving yards.

Joel Stave threw for 127 yards while completing nine of 11 passes for Wisconsin. Stave tossed one touchdown and no interceptions.

The Spartans racked up 271 total yards. Along with Maxwell's stats in the passing game, Michigan State posted just 56 yards rushing on 28 attempts.