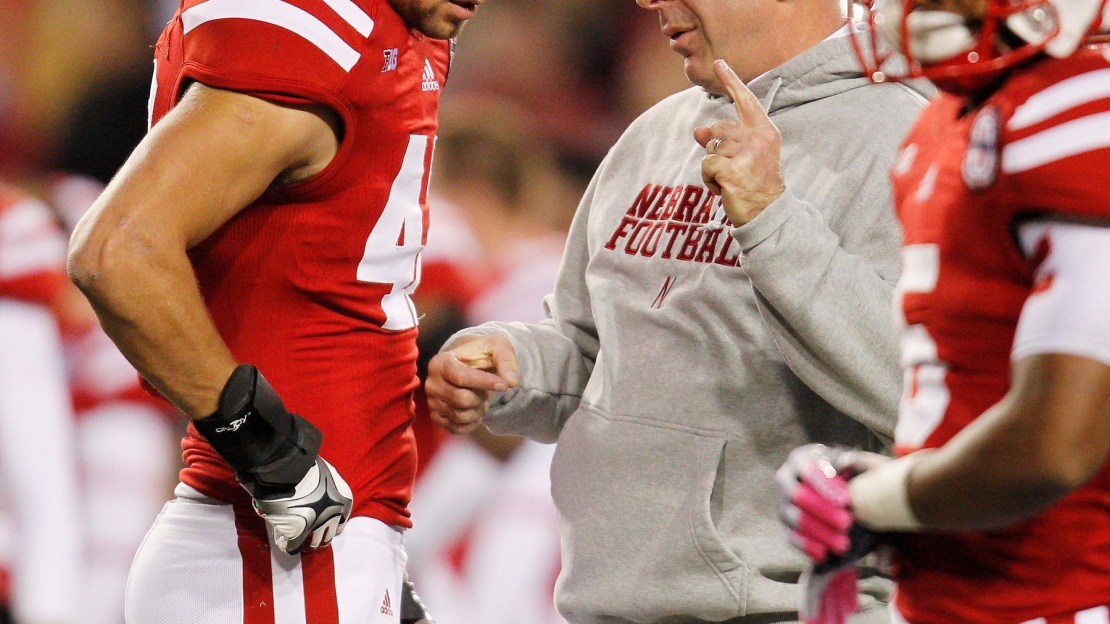 Nebraska's defense shut down Michigan, allowing only nine yards of offense in the third quarter and the Cornhuskers now lead 16-9. Nebraska held the Wolverines to negative rushing yardage (-3 yards) in the quarter.

Michigan quarterback Denard Robinson has not returned since hurting his throwing arm late in the second quarter. Backup Russell Bellomy replaced the Michigan star and missed his first 10 attempts.

The Cornhuskers made it 10-6 after turning P.J. Smith's interception into a Brett Maher 19-yard field goal. The pick gave the Cornhuskers the ball at the four-yard line, but they could not punch it in for 6.

Nebraska expanded its lead to 13-6 thanks to a four-play, five-yard drive that ended when Maher kicked a 51-yard field goal. The Cornhuskers made their lead 16-6 when Maher drilled a 31-yard field goal on the last play of a nine-play, 57-yard drive. Nebraska ran just one time during that march downfield.

A 58-yard drive that ended when Brendan Gibbons kicked a 38-yard field goal helped the Wolverines narrow the deficit to 16-9. Michigan went to the air just two times on that drive.

The Cornhuskers will start the fourth quarter with possession at their own 43-yard line.