Big Ten Links: How big is this for Huskers? 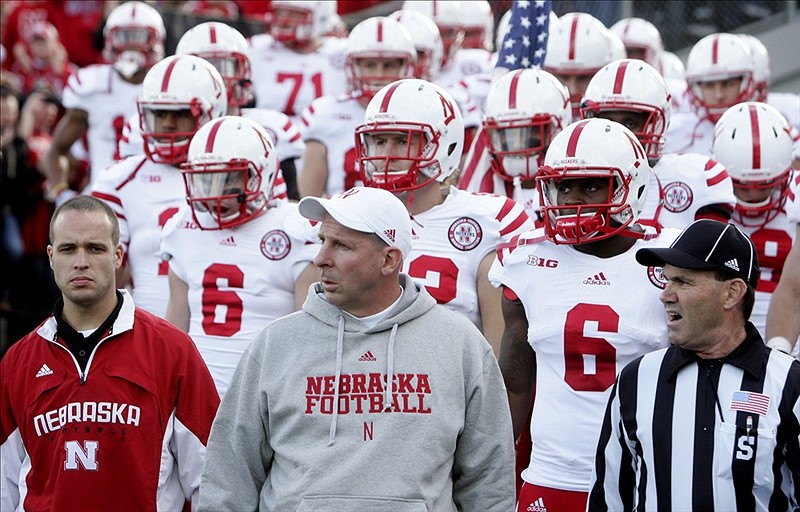 As we sit on the edge of Football Saturday, there?s lots of news to catch up on. I will be at the Michigan at Nebraska game, and the more I think about it, the more I realize the magnitude of this game for the Cornhuskers. A win over the Big Ten unbeaten Wolverines would push Nebraska into the driver?s seat in the Legends-and give the program a much-needed marquee win. In fact, it would be the biggest Big Ten victory for the Huskers.

Here?s a look at some more of today?s top headlines.

Don?t look now, but the Big Ten may be headed back to the future with the rise of Michigan and Ohio State.

Urban Meyer has Ohio State unbeaten in his first season; Brady Hoke has Michigan in a prime spot to win the Big Ten for the first time since 2004. Can Nebraska stand shoulder to shoulder with those two traditional Big Ten powers? Well, Nebraska got whipped at Ohio State earlier this season. But that was then, this is now. Bo Pelini may have the Huskers on the precipice of a breakthrough. No doubt, a win over Michigan this Saturday would put Nebraska in a prime spot to win the Legends and get to the Big Ten title game. And that would be a big step toward establishing the Cornhuskers among the elite of the Big Ten.

Iowa fans have questions as the team comes off a tough loss at home to Penn State and heads to Northwestern for a key game. The big query: Will backup quarterback Jake Rudock play?

With each successive struggling effort by James Vandenberg, the cries to see Rudock grow. But how much better can be perform than Vandenberg, especially now that the offensive line is banged up?

Banned? Not banned? It doesn?t matter for Penn State or Ohio State, as each is turning 2012 into a memorable season.
The fact that the Buckeyes are standing 8-0 isn?t a total shock. But to see the Nittany Lions at 5-2-especially after an 0-2 start-is a revelation. Let?s go ahead and give the coach of the winning the coach of the year trophy.

If Penn State wins, does Matt McGloin deserve to become a Heisman contender? I say, ?Yes.? He has been one of the nation?s most surprising players and a huge key to the Nittany Lions? success.

What are Michigan?s five keys to victory over Nebraska? Glad you asked. Kyle Meinke of MLive.com fills us in.

When the teams meet Saturday in Lincoln, it will be like staring into a mirror, in many respects. Both offenses feature spreads with quarterbacks who like to run. The Wolverines know that. They also know they must win the red zone, establish the run and most importantly-win the turnover battle.

The Wisconsin defensive backs haven?t forgotten last season. They haven?t forgotten Michigan State hitting a 44-yard Hail Mary pass in the waning moments to steal a 37-31 victory from the Badgers in what has become an iconic Big Ten game.

And in the Big Ten title game, the Wisconsin defensive backs were sliced up, but at least the Badgers took a 42-39 triumph. In the last six games vs. Wisconsin, the Spartans have averaged 397.7 yards passing with 15 touchdowns and six picks. But improved tackling and a limit on big plays in 2012 has made the Wisconsin secondary much improved as it braces for a visit from the Spartans. Even better news for the Badgers: MSU?s offense is nowhere near as deadly as it was last season. The Spartans rank 107th in the nation in scoring this season (19.6 ppg).

Jim Rossow of the Champaign News-Gazette gives us his weekly Big Ten report. Who will be the best coordinator on the field when Indiana visits Illinois this weekend? Rossow says it will be Hoosiers offensive coordinator Seth Littrell. His offense runs a play every 20.5 seconds, and 19 of the last 24 Indiana scoring drives have taken three minutes or less. The guy is an underrated assistant and a rising star.

My take: I have an inkling this Saturday?s matchup may not follow that trend.

Interesting stat while I watch end of Mich-Neb replay from last year, Neb has given up 27 or more points in 7 of its 1st 11 games in B1G.

Bill O'Brien with great response on his radio show. Will he change 4th-down philosophy playing an undefeated team? "No." Short and sweet.

My take: Dance with who you brought this far, right? I love it. Now isn?t the time to change what has made you successful up to this point.