Debate it: Choose 1 QB to lead a late drive 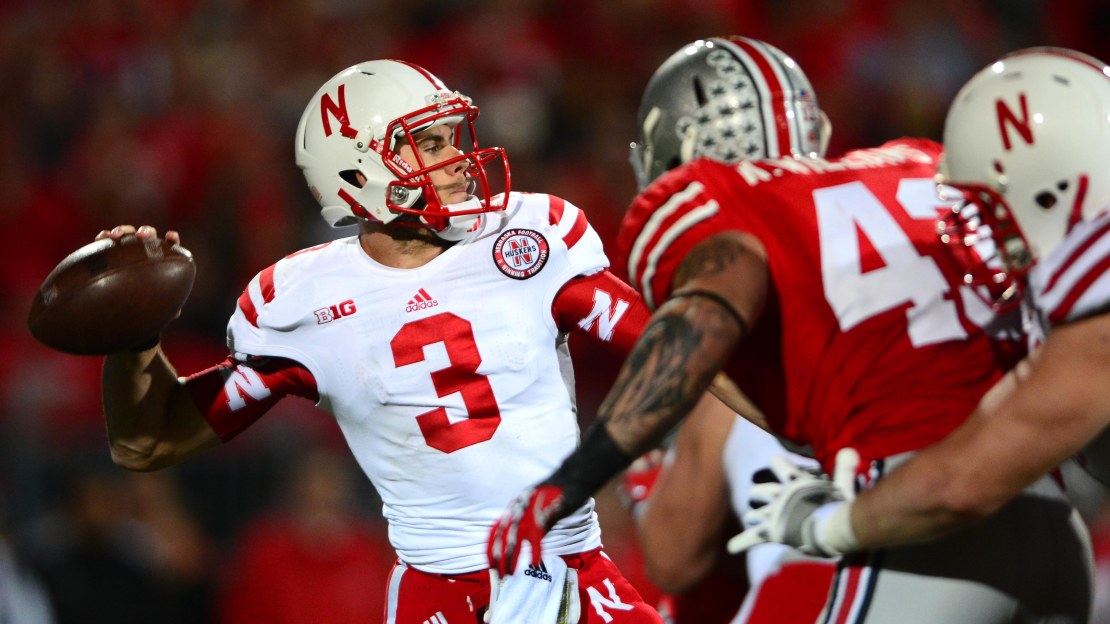 Three Big Ten quarterbacks led game-winning drives in the waning moments last Saturday. Two of the names – Taylor Martinez and Denard Robinson – were no big surprise, but the other, and perhaps most impressive, one – Kenny Guiton – sure was.

That got BTN.com's Tom Dienhart and Brent Yarina thinking: If your team needs a game-winning drive, which Big Ten quarterback would you pick? See their answers in this post.

Tom: That?s easy: Nebraska?s Taylor Martinez. He may not have the best arm in the Big Ten (that may be Matt McGloin). And he may not be the best runner (that?s Braxton Miller or Denard Robinson). But Martinez is the best embodiment of runner/passer of all the Big Ten quarterbacks. That?s why he?s my choice.

Brent: It?s easy for me, too. My guy is Matt McGloin. For the record, McGloin probably would have been No. 12 on my list entering the year. It?s insane the improvements he?s made, both as a passer and decision-maker.

Tom: I love McGloin, too. But he lacks the athletic skills to extend plays when things are breaking down. That makes him an easier signal-caller to defend than Martinez.

Brent: No one will mistake McGloin for Denard or Braxton, but he?s shown he can create and extend plays with his feet. Did you see that first TD pass Saturday night? He escapes the rush, rolls out to make a play of it and delivers an NFL-caliber pass. Again, I?m not saying he?s nimble on his feet - just that he?s become smarter and learned how to help himself.

Tom: Yes, McGloin has improved a lot. But so has Martinez. That time he spent working with a quarterback coach in the offseason has paid off. The guy is No. 1 in the Big Ten in passing efficiency. And he knows how to take advantage of his elite receiving corps. And speaking of highlight-reel plays, do you recall Martinez?s 92-yard touchdown sprint at UCLA?

Brent: I do. It was a fine gallop. No one?s denying Martinez?s athletic ability, or his incredible turnaround season. I simply think McGloin is the safer option, as far as decision-making and turnovers go. It?s only happened once this season - at Ohio State – but I still get the feeling Martinez can throw away a game.

Tom: Well, Martinez has just four interceptions this season. He has improved as a decision-maker and knows how to take advantage of the talent around him.

Brent: Yes, but that?s two more than McGloin, and on 74 fewer attempts. McGloin?s thrown a miniscule two interceptions on 259 attempts. That?s an average of one pick every 129.5 attempts! And it?s not like Penn State has some feared rushing attack, like Nebraska, to take the pressure off him. Heck, McGloin leads Penn State with five rushing touchdowns.

Tom: Both are having great years. The biggest injustice: Neither Martinez nor McGloin was named a Davey O?Brien finalist.

Brent: That is very unfortunate. But with all the quarterback talent out there, and with the jaw-dropping numbers just about every Big 12 quarterback compiles every Saturday, it's not the biggest surprise.

Brent: It figures to be close again, so maybe we'll see one of these quarterbacks lead a game-winning drive against the other. If that happens, that will settle this argument.

Here's what BTN.com fans said about the topic on Twitter:

@BTNBrentYarina Robinson. Teams tend to go conservative in that situation, which always seems to open things up for Denard.

@BTNBrentYarina This season, I want McGloin. His knowledge of O'Brien's offense, and options within offense are hard to stop

@BTNBrentYarina definitely not Miller or Robinson, Martinez or McGloin for sure

@BTNBrentYarina I'll take Miller and all his talents. He can win it with his feet and also his arm. Ask Wisconsin 2011. #Buckeyes

@BTNBrentYarina with his body of work I will call on shoelace