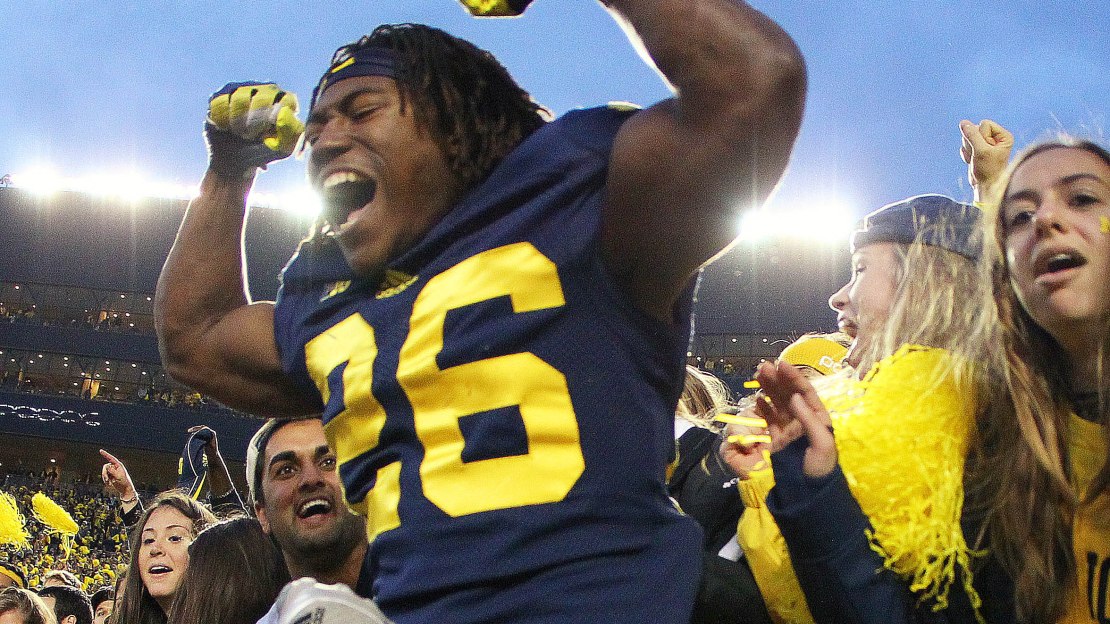 Michigan further solidified its status as the Rose Bowl front-runner in the Big Ten with a third win in a row. This time, the Wolverines dumped Michigan State, 12-10, ending the Spartans? four-game winning skein in the series.

A victory at Nebraska this week will put Michigan in the driver?s seat in the Legends Division-and as the Big Ten?s best bowl-eligible team.

Wisconsin also padded its resume with a 38-13 domination of Minnesota. The 6-2 Badgers look to be in control in the Leaders and may round into the best team in the Big Ten before it?s all said and done. Stay tuned. No other Leaders Division squad that isn?t on probation has a Big Ten victory. Ohio State is 8-0 and Penn State is 5-2 with a 3-0 Big Ten mark, but they aren?t bowl-eligible.

Even if they beat the Badgers later this year, it may not matter, as Wisconsin figures to have a big enough buffer over Purdue, Illinois and Indiana to still earn a spot in Indianapolis in the league championship game.

By the way: Michigan and Wisconsin don?t play during the season.

Nebraska?s 29-28 win at Northwestern keeps it in the hunt in the Legends-and for a prime bowl game in Florida.

But Iowa has work to do coming off a tough 38-14 home loss to Penn State. Northwestern already is bowl eligible but is looking for much more. But with two Big Ten losses, it will need to win out and get a lot of help to reach the summit of the Legends Division.

Bowl possibilities may be dimming for 4-3 Minnesota, 3-4 Purdue and 4-4 Michigan State, who all may be hard-pressed to reach the six victories needed for bowl eligibility. The loser of this week?s Purdue at Minnesota game will be in a precarious situation. For the Spartans, it may come down to sweeping season-ending games vs. Northwestern and at Minnesota.

Here is my ninth look at where your school may be bowling over the holidays.