Best of Week 9: Strength vs. strength in Lincoln 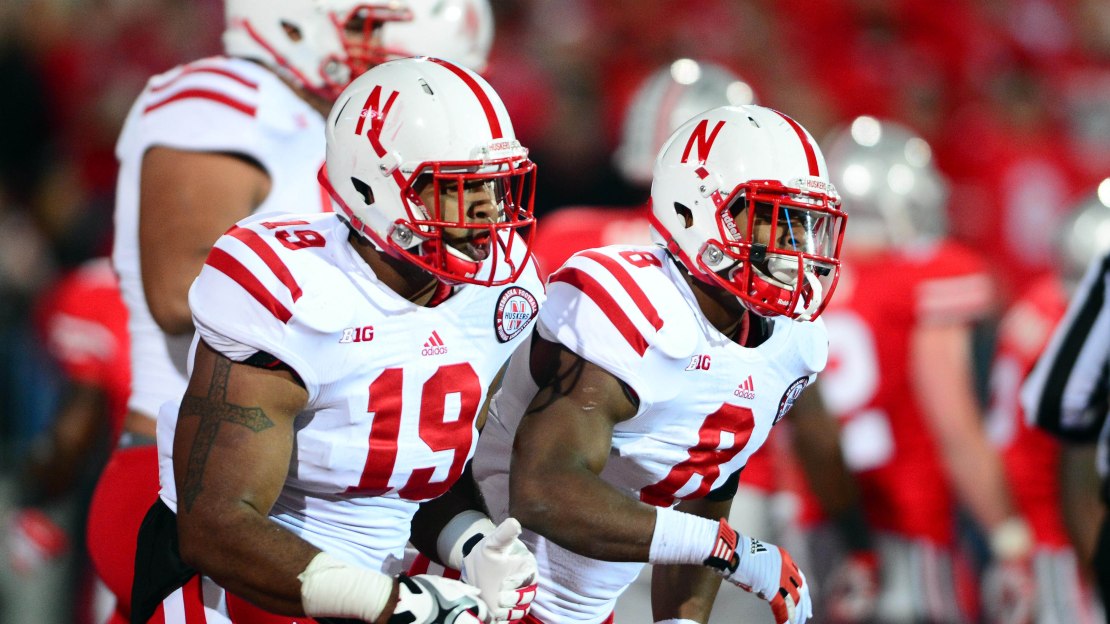 This shapes up as a great weekend that is headlined by Michigan?s visit to Nebraska in a huge Legends clash that will go a long way toward determining who will win the division.

Ohio State?s visit to Penn State will have no bearing on the Leaders Division race, since each squad is on NCAA probation. But it still will be a heavily watched game, as both are among the hottest teams in the Big Ten and among the best overall.

It will be fun to watch the Buckeye offense take on the Nittany Lion defense. And how healthy will Ohio State quarterback Braxton Miller be after he left last week?s game with an injury?

Wisconsin looks for its fourth win in a row when Michigan State visits in a rematch of last year?s Big Ten title game. The team?s played an epic regular-season game last year in East Lansing, when Kirk Cousins hit Keith Nichol with a last-second, 44-yard Hail Mary touchdown pass to pull out a 37-31 win. A win would be a boon to slumping Michigan State, which has lost two in a row and three of four.

Iowa travels to Northwestern in a battle of teams coming off losses. The Hawkeyes got smoked at home, 38-14, by Penn State, while the Wildcats blew a late 12-point lead and lost at home to Nebraska, 29-28. The winner remains in the thick of the Legends race. The loser?

Purdue visits Minnesota–and each has opened Big Ten play with three losses in a row. The loser may be fighting for its bowl life.

Indiana?s trip to Illinois is a battle of 0-3 Big Ten teams in the midst of long conference droughts. The Hoosiers have lost 11 Big Ten games in a row; the Fighting Illini have lost nine. Illinois? last league win was a 31-20 triumph at Indiana on October 6, 2011. That pushed Illinois to 6-0 overall and 2-0 in the Big Ten.

I now present the Best of Week 9 in the Big Ten:

BEST GAME: Ohio State at Penn State would be a good choice, but let?s go with Michigan at Nebraska. These look like the two best teams in the Legends Division. The winner will be in the driver?s seat in the race. And if it?s the Wolverines who prevail, they will be sitting even prettier than the Cornhuskers since they haven? lost a Big Ten game yet.

[AP: Huskers to play Michigan for share of Legends lead]

PLAYER ON THE SPOT: How about Minnesota quarterback Philip Nelson, if he gets the start when Purdue visits? He showed flashes last week in his debut, hitting 13-of-24 passes for 149 yards with two touchdowns and two interceptions and ran 16 times for 67 yards in a 38-13 loss at Wisconsin. Perhaps MarQueis Gray will be healthy enough to start. Regardless of who is under center, the Golden Gophers will need a good effort to end a three-game losing skein that has seen Minnesota score 13 points in each of the three defeats. Purdue is equally as desperate, as it too is in the midst of a three-game losing skid to open Big Ten play. The loser of this game will have a very tough time getting bowl eligible.

KEEP AN EYE ON: The Northwestern offense. Since scorching Indiana for 704 yards, the Wildcat attack has gone into a deep slumber the last three weeks. It had 262 yards at Penn State; 275 at Minnesota; 301 vs. Nebraska. The passing game has been in a funk. Northwestern has completed an aggregate 48-of-90 passes (53 percent) for 328 yards with three touchdowns in those three games. The Iowa defense has played pretty well all season, ranking fifth in the Big Ten in scoring defense (20.1 ppg) and sixth in total defense (343.9 ypg). The loser of this game will be behind the eight ball in the Legends Division.

BEST COORDINATOR MATCHUP: Michigan State defensive coordinator Pat Narduzzi vs. Wisconsin offensive coordinator Matt Canada. Yes, the Spartans have lost two in a row and three of four, but don?t blame the defense. Michigan State is No. 1 in the Big Ten in total defense (277.1 ypg) and is No. 1 in scoring defense (15.3 ppg). The Badgers have just the No. 7 offense in the Big Ten (382.6 ypg), but the attack has come to life of late. Since being limited to 295 yards in a loss at Nebraska, Wisconsin has notched 427, 645 and 443 yards and scored 31, 38 and 39 points in three straight victories. Montee Ball has rushed for 541 yards in the last three games and is now No. 3 in the Big Ten in rushing.

BEST COACHING MATCHUP: Ohio State?s Urban Meyer vs. Penn State?s Bill O?Brien. This is the first of what could be many meetings between these two coaches. Each is a front-runner for Big Ten Coach of the Year, as the Buckeyes are 8-0 and the Nittany Lions have run off five wins in succession since an 0-2 start.

BEST QUARTERBACK MATCHUP: Michigan?s Denard Robinson vs. Nebraska?s Taylor Martinez. It doesn?t get much better than this. Martinez is the top-rated passer in the Big Ten and leads the conference with 15 touchdown passes. And he?s coming off his best game since the opener, throwing for 342 yards and three scores in a stirring comeback victory at Northwestern that earned his his third Big Ten Offensive Player of the Week honor. Robinson has taken off since that five-turnover debacle at Notre Dame. In the last three games, Robinson has completed 29-of-56 passes for 427 yards with three touchdowns and one pick, and run 55 times for 459 yards (8.3 ypc) and two scores.