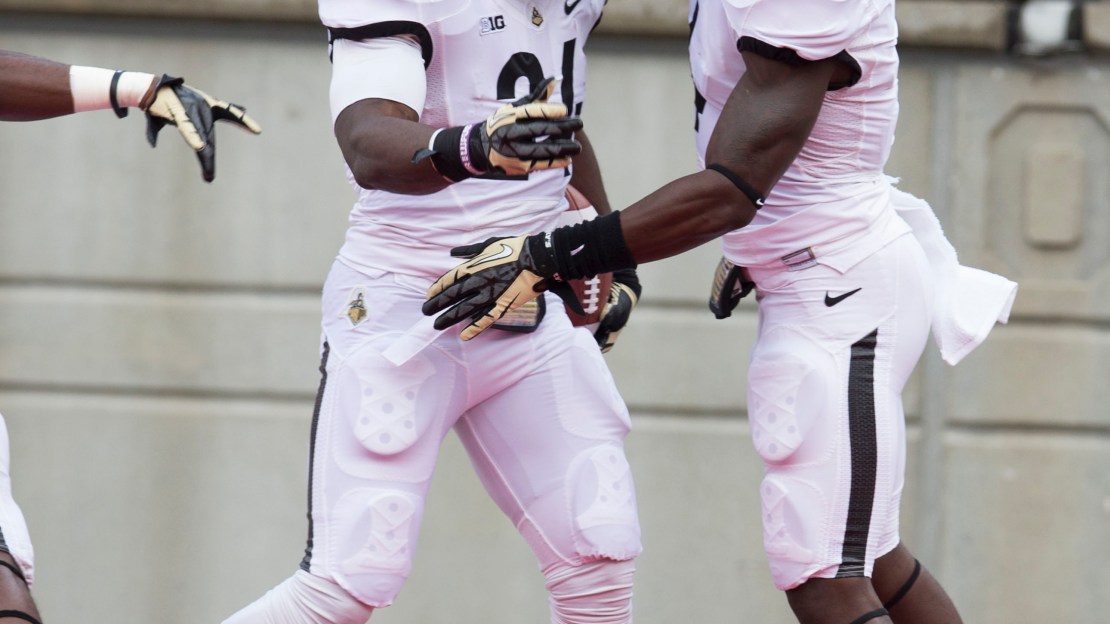 Purdue used two big plays to jump out to a 13-7 lead in the first quarter at Ohio State. Purdue opened the game with Caleb TerBush throwing an 83-yard touchdown pass to Akeem Shavers on the first play, and Akeem Hunt returned a kickoff 100 yards for a touchdown.

Purdue has the ball at its own 33-yard line to begin the second quarter.

Player on the spot: Let's say the Purdue offensive line. The unit hasn't gotten a consistent push all season, which has put too much pressure on quarterback Caleb TerBush. If the Boilermakers can't establish some semblance of a rushing attack vs. the Buckeyes, they will be doomed. The Ohio State line is too talented and deep and will tee off on TerBush if it doesn't have to respect the run.

Key matchup: Purdue defensive line vs. Ohio State QB Braxton Miller. The Boilermaker front was billed in the preseason as one of the best in the Big Ten. Well, the last two weeks, the unit has gotten trucked to the tune of 771 yards rushing by Michigan and Wisconsin. And the linebacking at Purdue-to be kind-is pedestrian, at best. Now, here comes Miller, who may be the most elusive and difficult-to-tackle player in America. This looks like an epic mismatch.

Key number: 5.01, average yards per rush for Purdue's foes. No other Big Ten squad is as generous. Tackling is a major issue, as Boiler staffers say the defense missed 27 tackles last week vs. Wisconsin.