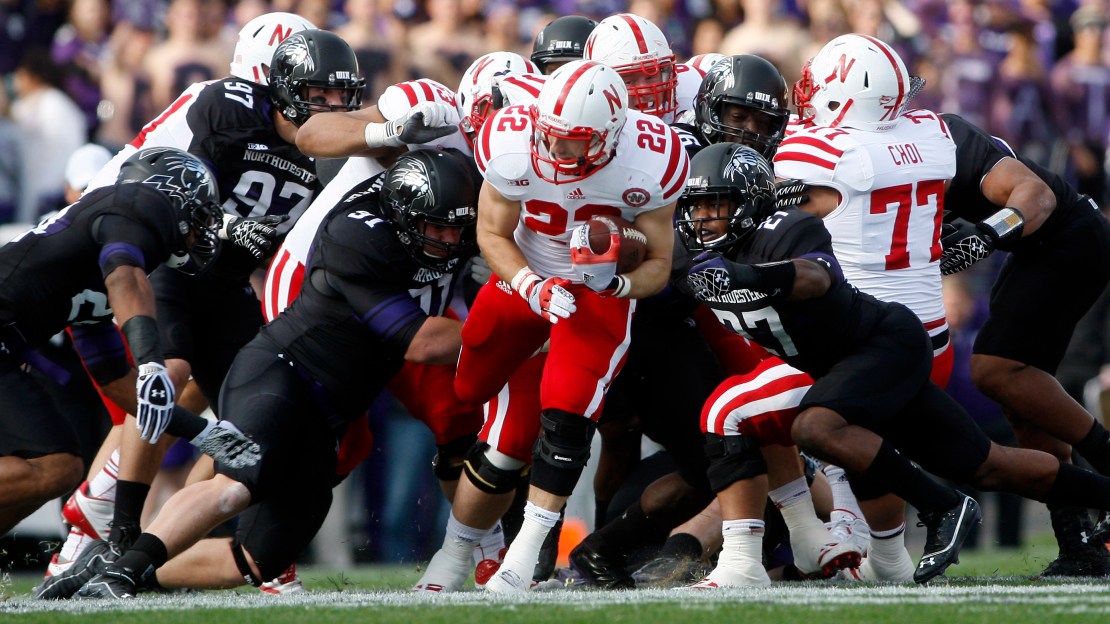 In the first quarter, Northwestern's Dan Vitale stood out. He caught two passes for 14 yards and one touchdown, and the Wildcats lead 7-3 at the end of the first quarter. Nebraska struck first when Brett Maher drilled a 27-yard field goal, the final play of a seven-play, 65-yard drive.

Trevor Siemian's 10-yard touchdown pass to Vitale gave Northwestern the lead, 7-3, and was the final play of a three-play, 14-yard drive. A fumble recovery by the Wildcats set Northwestern up to start the drive.

The Cornhuskers will start the second quarter with possession on the Wildcats' 46-yard line.

Player on the spot: Pick a player on Nebraska?s defense. Any player will do. This is a unit that has struggled mightily from time to time, suffering two horrid efforts in 2012: UCLA ran up 653 yards while Ohio State rattled off 63 points. Perhaps the week off will result in an improved unit at Northwestern, which has a dynamic offense behind the two-headed quarterback duo on Kain Colter and Trevor Siemian. And Wildcat running back Venric Mark is a handful, too. The Huskers are No. 10 in the Big Ten vs. the run (189.2 ypg) and No. 10 in scoring defense (27.7 ppg).

Key matchup: Nebraska QB Taylor Martinez vs. Northwestern front seven. Martinez ranks No. 1 in the Big Ten in passing efficiency, completing 66 percent of his attempts for 1,273 yards with a Big Ten-high 12 touchdown passes and only four picks. Led by end Tyler Scott and linebackers Chi Chi Ariguzo and David Nwabuisi, the Wildcats are No. 2 in the Big Ten vs. the run (109.9 ypg); No. 9 in total defense (380.7 ypg) and No. 7 in scoring defense (22.1 ppg).

Key note: Nebraska enters the game with Northwestern following an off Saturday. The Huskers have had success when coming off a bye, winning on the road each of the past three seasons. In 2009 and 2010, Nebraska followed a bye week with a Thursday night road game, winning 27-12 at No. 24 Missouri in 2009, and posting a 48-13 victory at Kansas State in 2010. Last season, Nebraska followed a mid-October bye with a 42-14 victory at Minnesota. Nebraska is 4-1 overall after a bye under Bo Pelini, splitting a pair of games in 2008 following an off week.