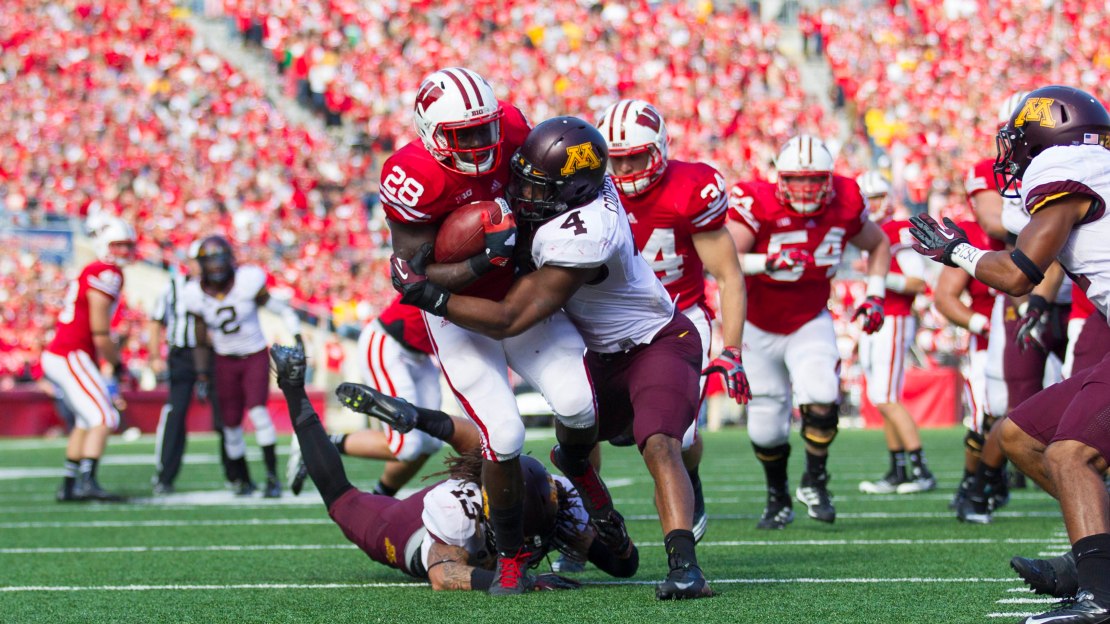 Every Saturday throughout the Big Ten football season, BTN.com senior writer Tom Dienhart offers his Snap Reactions to all the action. See what Dienhart had to say about today's early games: Ohio State's comeback victory over Purdue  in overtime and Wisconsin's easy rivalry win over Minnesota.

Ohio State 29, Purdue 22 OT
1. We all figured Ohio State quarterback Braxton Miller would get hurt at some point this season, right? Well, it has happened, as the sophomore sensation went down in the third quarter with an undisclosed injury and then was taken to a hospital. Kenny Guiton came on in relief and led the Buckeyes to a wild overtime win. But if he has to play for an extended stretch, how will he perform?

2. Purdue?s defense does indeed have life. After seeing their defense ripped for 771 yards rushing the last two weeks in home losses to Michigan and Wisconsin, the Boilermaker defense showed new life. Purdue held Ohio State to 342 total yards, with 190 coming on the ground. That?s a huge improvement for a team that needed a strong showing to buoy it down the stretch. Still, the Boilers have lost three in a row.

3. Ohio State?s dreams for an unbeaten season and possible AP national championship remain alive after pulling off an improbable victory that fans may never forget. It?s enough to make you think this team possesses that special magic to run the table.

Wisconsin 38, Minnesota 13
1. The Badgers roll on as one of the hottest teams in the Big Ten with their third win in a row. And if not for blowing a 17-point lead at Nebraska, this would have been Wisconsin?s sixth win in succession. As it is, the Badgers remain the clear favorite in the Leaders Division.

2. Montee Ball is on a roll. He entered the game with 363 yards rushing in the past two games. Vs. Minnesota, Ball ran 24 times for 166 yards and two scores. Don?t look now, but he may be working himself back onto consideration for Big Ten offensive player of the year honors-and maybe even a modicum of Heisman consideration.

3. Minnesota may have found its future quarterback in Philip Nelson, who staffers had planned to redshirt. Nelson hit 13-of-24 passes for 149 yards with two touchdowns and two picks. He also ran 16 times for a team-high 67 yards. Yes, the kid could be good, but the Gophers now have lost three in a row.