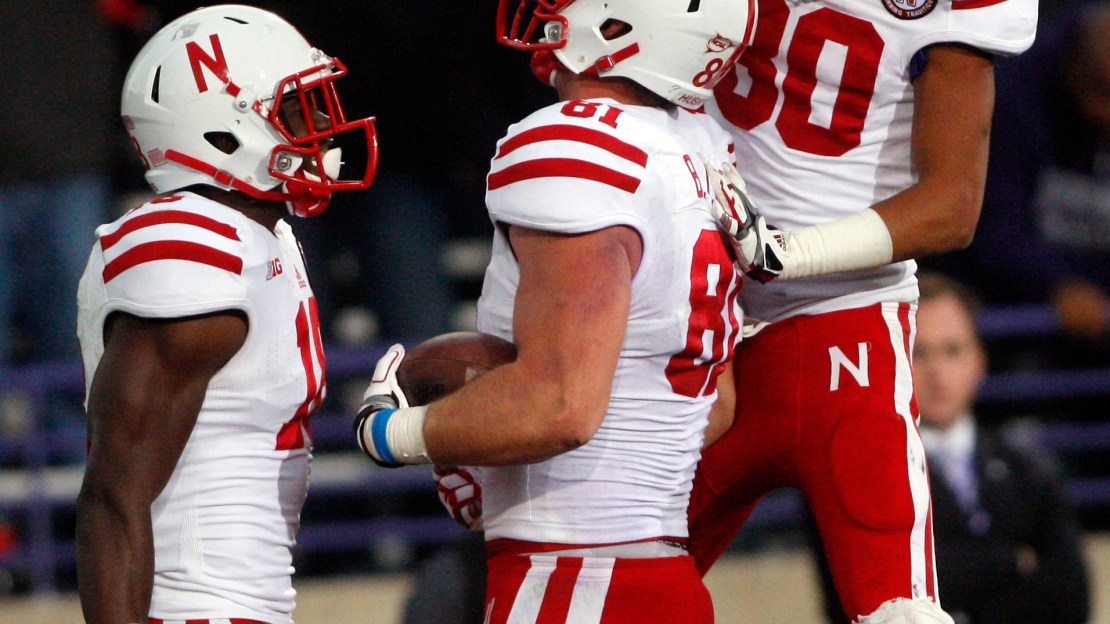 Taylor Martinez threw for 342 yards and three touchdowns and Nebraska rallied to beat Northwestern 29-28 on Saturday. The Cornhuskers (5-2, 2-1 Big Ten) rallied from 12 down in the fourth, taking a one-point lead when Martinez hit Ben Cotton with a 7-yard pass with just over 2 minutes left, and hung on when a 53-yard field goal attempt by Northwestern's Jeff Budzien barely missed wide right with 1:10 remaining.

The Cornhuskers can thank Martinez for that. He led them to two touchdowns in the fourth quarter and completed 27 of 39 passes in the game, helping Nebraska rack up 543 yards of total offense.

Quincy Enunwa added 110 yards receiving, while Kenny Bell caught six passes for 77 yards and a touchdown. Ameer Abdullah ran for 101 yards on a day when Rex Burkhead left with an unspecified injury after a short run early on.

Venric Mark led Northwestern (6-2, 2-2) with 118 yards rushing, including an 80-yard touchdown that made it an 11-point game early in the third. Trevor Siemian threw for two touchdowns but was just 15 of 35 for 116 yards as the Wildcats lost for the second time in three games

FINAL: Taylor Martinez threw for 342 yards and three touchdowns and rushed for 65 yards and one touchdown, leading Nebraska to a 29-28 victory over Northwestern on Saturday at Ryan Field. The Cornhuskers and Northwestern passed the lead back and forth all game long. The game featured five lead changes before Nebraska finally pulled ahead for good.

The Cornhuskers operated their air game to perfection in dismantling the Wildcats' defense. Nebraska's air attack couldn't be contained, as it torched Northwestern for 342 yards and three touchdowns. Martinez completed 27 of 39 passes for the Cornhuskers.

Trevor Siemian threw for 116 yards while completing 15 of 35 passes for the Wildcats. Siemian finished the game with two touchdowns and no interceptions.

Nebraska's offense finished the game having gained 544 yards. Along with Martinez's stats in the passing game, the Cornhuskers also added 202 yards rushing on 44 attempts.