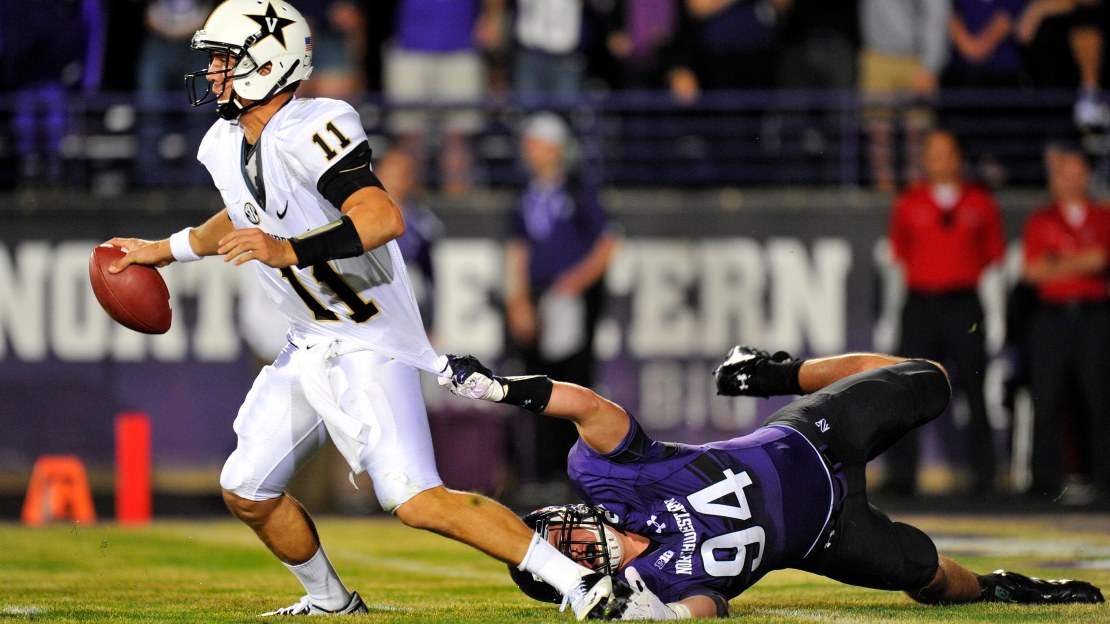 Schools are changing and massaging schedules all the time. So, don?t flip out over recent revelations about Vanderbilt opting out of upcoming games with Ohio State and Northwestern. Now, the manner in which Vanderbilt informed each school (through the mail) wasn?t appropriate. But canceling a series? Not a big deal.

[RELATED: Bookmark our news page to get the latest updates on Big Ten schedule changes.]

All contracts for non-conference games include buyout options, which range in cost depending on the negotiation and length of the series-among other factors.

Schools priorities may change over time. If an institution finds itself in a rebuilding mode, it may want a non-conference schedule that is less challenging. And that may mean opting out of games against better programs. (See the Vanderbilt situation.)

Conversely, if a school has playoff aspirations, it will want to play a challenging non-league schedule to enhance the strength of that schedule, which figures to be a factor in whatever formula is used to pick the four teams in a college football playoff that will start in 2014. And then there are the unique circumstances of Notre Dame.

Notre Dame also announced last month that it was pulling out of future games with Michigan as it transitions to a schedule to accommodate schools from the ACC, Notre Dame's new home for all sports but football. As part of the deal, the Irish will play five ACC teams in football each year.

On the run: Mobile quarterbacks continue to confound the Nebraska defense, says Dirk Chatelain of the Omaha World-Herald.

?It's the No. 1 thing that I'm most focused on,? Nebraska defensive coordinator John Papuchis told Chatelain. ?I wish I had a better answer at this point.?

How much trouble do mobile signal-callers pose to Bo Pelini?s squad? According to Chatelain, in all six of Nebraska?s losses the past 13 months, the opposing quarterback rushed for 40-plus yards (excluding sacks). In the same span, the Huskers are 3-6 when a quarterback gains 40-plus.

The Michigan-Michigan State rivalry doesn?t get enough credit for its intensity. With that, Nick Baumgardner of MLive.com looks at the five juiciest sound bites of the rivalry. My fav? It?s was Wolverine running back Mike Hart and his ?little brother? crack back in 2007.

At the midpoint of the season, what is the strength of Purdue? It?s a difficult question. The Boilermakers are 3-3 and still have potential for big things, even after tough home losses to Michigan and Wisconsin. A trip to Ohio State will be difficult this weekend. Still, everyone is trying to stay positive. Mike Carmin of the Lafayette Journal-Courier offers three questions to ponder before Purdue embarks on its final six games.

Roll call: How will the Wisconsin offensive line shake out this Saturday when Minnesota visits? This story says it's still not known.

Left tackle Ricky Wagner got hurt last week at Purdue, so left guard Ryan Groy slid over to his spot. Groy will man left tackle again this week. But it?s not known who will start at left guard vs. the Gophers. Zac Matthias and Robert Burge look like the top options. Stay tuned.

Speaking of the Badgers ? Jared Abbrederis is living the dream-at receiver. Why is that a shock? Because the star Wisconsin wideout was a quarterback in high school before walking on for the Badgers.

Now, he may be the top wideout in the Big Ten.

Old friends:When Penn State visits Iowa, there will be a reunion of sorts. You see, Nittany Lions coach Bill O?Brien and Iowa offensive line coach Brian Ferentz worked together last season with the New England Patriots. But, even more vital: This is a key game for each program, especially a Hawkeye squad that is tied for first in the Legends Division.

For the Nittany Lions to escape Iowa City with a win, they must run the ball. And that hasn?t been easy in 2012.

The production seems to be improving, as Penn State is using a collection of backs including Zach Zwinak and Derek Day, among others. Still, the Nittany Lions are just 11th in the Big Ten in rushing (138.3 ypg).

Wisconsin has had a 100-yard rusher in every game vs. Minnesota since 2004. Eight straight. #badgers win streak over Gophers is … 8.

My take: Coincidence? Or not?

Success of this #PSU season won't be defined by wins over NW, Temple, etc. Real test comes next 6 weeks against much tougher competition.

My take: Yes, the heavy lifting starts Saturday at Iowa. And games remain vs. Ohio State, Nebraska and Wisconsin.

Oregon averages 33.4 points per first-half. Only four Big Ten teams average more than that per game.

My take: I am speechless.