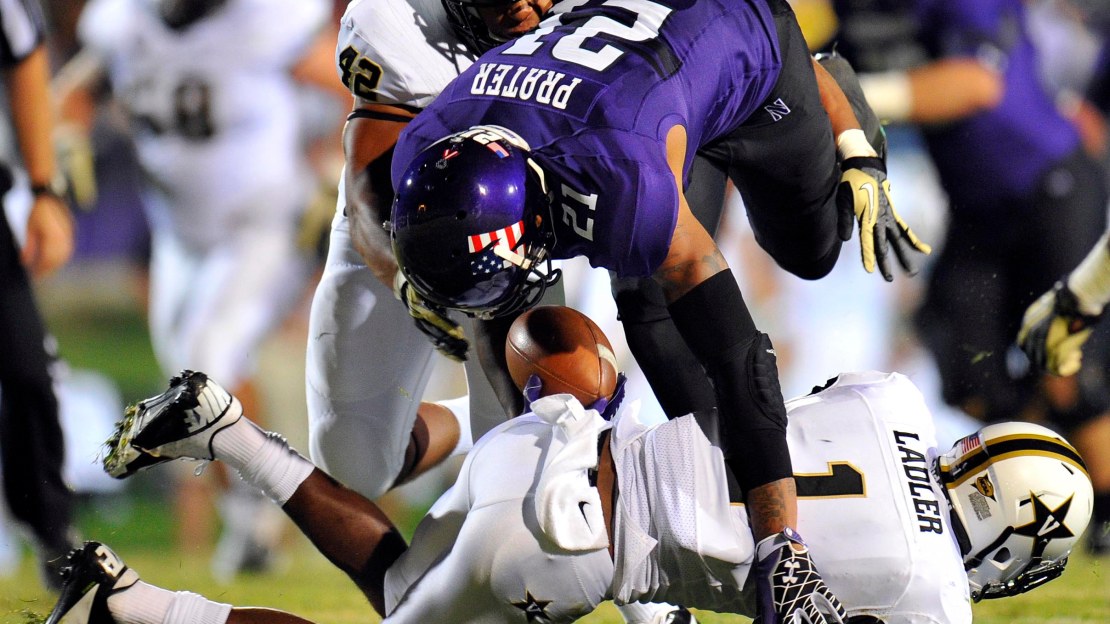 The Chicago Tribune's Teddy Greenstein is reporting that Vanderbilt canceled it's 2013 and 2014 football games with Northwestern this week, and the same SEC school has also canceled its 2013 game against Ohio State, too. Northwestern beat Vanderbilt in Evanston earlier this season.

"Vanderbilt officials made the decision without so much as a phone call to NU officials, according to the source. The timing of the move is apparently related to the Thursday afternoon release of the 2013 Southeastern Conference schedule, which will feature changes to cross-division rivalries."

ESPN's Adam Rittenberg reported that the Wildcats had booked hotel rooms in Nashville for their road trip, and that Vanderbilt paid a small buyout. The Wildcats play at California, host Syracuse and Maine next fall. Read the full post here.

Ohio State athletics director Gene Smith said that Ohio State is in the process of filling that date on the schedule, which is the season opener for the Buckeyes. The Ohio State bloggers at elevenwarriors.com have a good look at the 2013 schedule here.