Heisman watch: Mark gets back in conversation 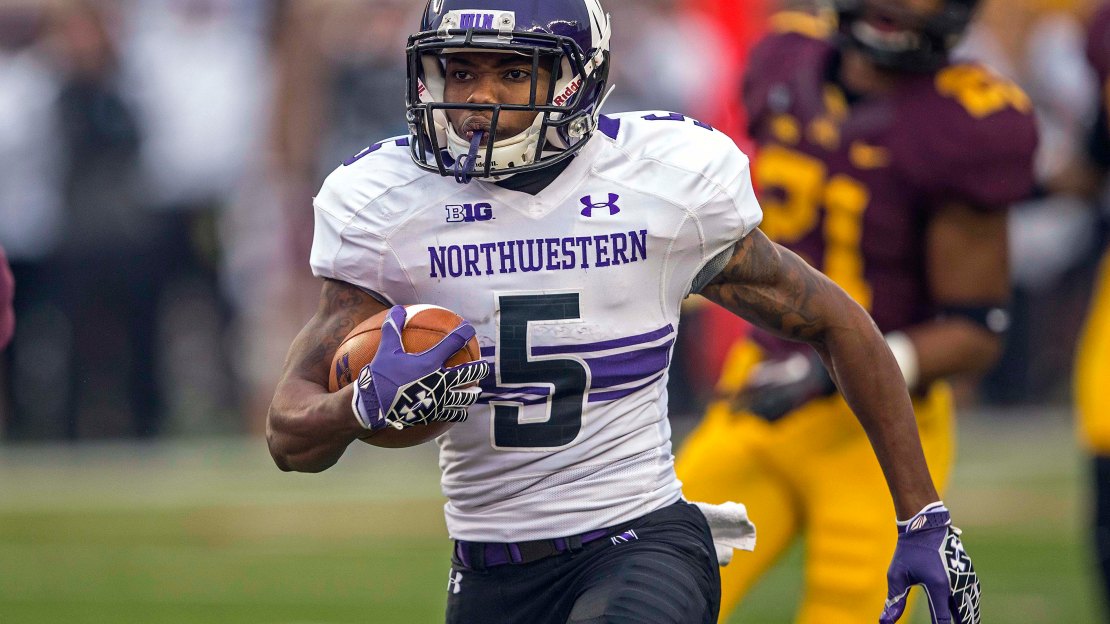 Miller also has a strong case. He?s coming off another sterling effort in a win at Indiana in what looks like a wide-open Heisman race.

In addition to Miller, Michigan quarterback Denard Robinson is coming on. But I have dropped Michigan State running back Le?Veon Bell from my top three Big Ten Heisman candidates in favor of Northwestern running back Venric Mark. Yes, Bell is No. 2 in the Big Ten in rushing (130.9 ypg), but he averages only 4.6 yards per carry. In league games, it?s worse, as Bell is averaging just 3.7 yards per tote. Conversely, Mark is coming on for a hot Northwestern team.

Also, keep an eye on Wisconsin running back Montee Ball and Nebraska quarterback Taylor Martinez. Each is a longshot, but each also has good numbers. And, in Ball?s case, he?s really starting to come on for a hot Badger squad, as Ball ran for 247 yards last week at Purdue and became the Big Ten?s all-time leader in touchdowns. The senior is fourth in the league in rushing (116.6 ypg) after a slow start with a Big Ten-high 11 rushing touchdowns.

Here is my look at the top three Heisman contenders in the Big Ten.

1. Braxton Miller, QB, Ohio State. The domination continues. The sophomore had his third 100-yard rushing game in a row last week in a 52-49 win at Indiana that pushed the Buckeyes to 7-0, notching 149 yards on the ground with a touchdown. Miller also threw for 211 yards and two touchdowns. Add it all up, and Miller is No. 2 in the league in total offense (311.9 ypg). And he ranks third in the Big Ten and seventh in the nation in rushing (130.3 ypg). Miller figures to pad his numbers vs. a struggling Purdue team that has allowed a combined 771 yards rushing the last two weeks, is 11th in the Big Ten vs. the run (199.5 ypg) and allows a league-high 5.0 yards per carry.

2. Denard Robinson, QB, Michigan. ?Shoelace? is on fire. The last two weeks, he has run for a combined 363 yards vs. Purdue and Illinois. And he has two 200-yard rushing games in 2012. Robinson is No. 1 in the Big Ten in total offense (317.5 ypg) and No. 1 in the conference and No. 4 in the country in rushing (134.0). The Wolverines seem to be embracing and turning to the run as the season wears on, which is the strength of this attack behind Robinson. But he may struggle this week vs. Michigan State. The Spartans held Robinson to 42 yards rushing last year and 86 the year before. Michigan State?s rush defense is No. 1 in the league and No. 8 in the nation (91.3 ypg) this season, as the Spartans aim for a fifth win in succession vs. the Wolverines.

3. Venric Mark, RB, Northwestern. The junior is coming off a boffo effort in a win at Minnesota, running for a career-high 182 yards and two touchdowns. Mark paces the Big Ten in all-purpose yards (184.6 ypg), which ranks No. 4 in the nation. The speedy Mark averages 7.7 yards per play. He has 797 yards rushing and eight scores on the ground and 89 yards receiving on 15 catches with a touchdown. He also doubles as a deadly return man, having run back two punts for touchdown this season with eight returns for 230 yards (28.8 ypr). Mark will have a big audience and chance to impress with Nebraska coming to Northwestern for one of the biggest Big Ten games of weekend. Good news for Mark: The Cornhuskers are No. 10 in the Big Ten vs. the run (189.2 ypg).