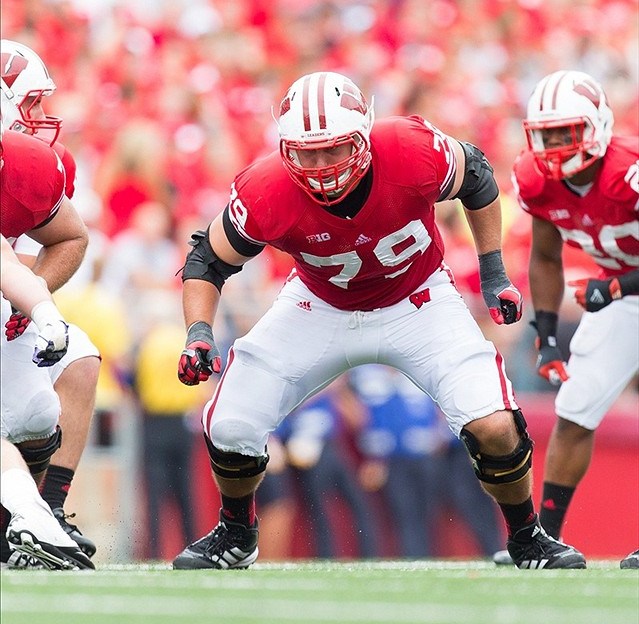 My first Big Ten Links of the weeks takes a look at how Wisconsin reloads on the offensive line. Losing star left tackle Ricky Wagner with a knee injury at Purdue hurts, but the Badgers front didn?t skip a beat with left guard Ryan Groy slipping into the spot. The result: Wisconsin ran for almost 500 yards on the Boilermakers.

Groy has played every spot on the line, so moving around isn?t an issue. And, until further notice, he will remain at the key left tackle slot for the visit from Minnesota this Saturday for a Badger team that is looking hauntingly similar to the last two editions that played in the Rose Bowl.

What's ahead? Has there been a more surprising team in the Big Ten than Penn State? Nope. The 4-2 Nittany Lions have been a revelation. Now, don?t you wonder: What will be Penn State?s record the next six games?

There are games left at Iowa; vs. Ohio State; at Purdue; at Nebraska; vs. Indiana; vs. Wisconsin. My best guess: Penn State splits those six games to finish 7-5. And, honestly, that wouldn?t be bad.

Crunch time: Phil Miller of the Minneapolis Star-Tribune gives an update on Gopher coach Jerry Kill after he suffered a seizure after last Saturday?s Northwestern game. Kill was released from the hospital on Sunday and is expected to be at work today. But now, his Gophers have a game at white-hot Wisconsin.

The stretch run is key for a Golden Gopher team that has lost two in a row and may be in peril of miss a bowl after a 4-0 start.

On the run: It?s this simple for Nebraska, really: If it wants to win, it must stop the run.

According to Sam McKewon of the Omaha World-Herald, Nebraska ranks 91st nationally in run defense. Nebraska fans should hope Bo Pelini Co., spent the off week working on tackling, run fits and identifying play-action passes and zone-reads. It begins this Saturday at Northwestern.

But do the Cornhuskers have to win-out to reach the Big Ten title game, as Bo Pelini said after the Ohio State game? Probably not. Nebraska likely can afford one loss and still reach Indy.

Just good enough: Does the leaky Ohio State defense remind you of anything? It should. The Buckeye defense looks a lot like a Big 12 defense, says Doug Lesmerises of the Cleveland Plain Dealer.

?That was a terrible job by us not closing the game," he said. "I feel like we got too comfortable and they made a run. . . . We told ourselves we'd hold that team to maybe a touchdown, and for them to come out and put up that many points, it was just horrendous."

I have nothing to add to that. Well said, Travis.

Iowa's hopes: After that 19-16 double-overtime win at Michigan State, things will get interesting for Iowa, says Mike Hlas of the Cedar Rapids Gazette.

At 2-0 in the Big Ten, is Iowa-along with Michigan–in the driver?s seat in the Legends Division? Well, yes. Now, could Iowa win its next four games and take a 6-0 mark to Michigan on Nov. 17?
Sure, why not.

Lesson plan: Here are three things we learned about Michigan State after its home loss to Iowa. Now comes a game at Michigan. And, needless to say, the Spartans will need some mojo in Ann Arbor to win a fifth game in succession vs. the Wolverines, says Joe Rexrode of the Detroit Free-Press.

Michigan State matches up well with Michigan, and the Spartans have had success vs. Denard Robinson. But I just wonder about Michigan State?s psyche.

Report cards: Sit up straight, class: Kyle Meinke of MLive.com is handing out mid-term grades to Michigan. And after a 4-2 first half, the results are somewhat mixed, as you would suspect. If individual player grades were being handed out, Wolverine linebacker Jake Ryan would get an 'A', I think.

He was all over the field on Saturday in a 45-0 whipping of Illinois. Ryan paces the team in tackles, tackles for loss, sacks, pass breakups, quarterback hurries and all-around awesomeness.

My take: How happy does this have to make Bret Bielema? He has this kid for three more seasons after this.

My take:Please tell me you aren?t shocked. But, I do wonder where Ohio State would rank in the BCS standings if it was eligible.

My take: Seemed like more. But, the real issue: Can the 3-3 Boilermakers rebound from two bad home losses and still reach a bowl game?