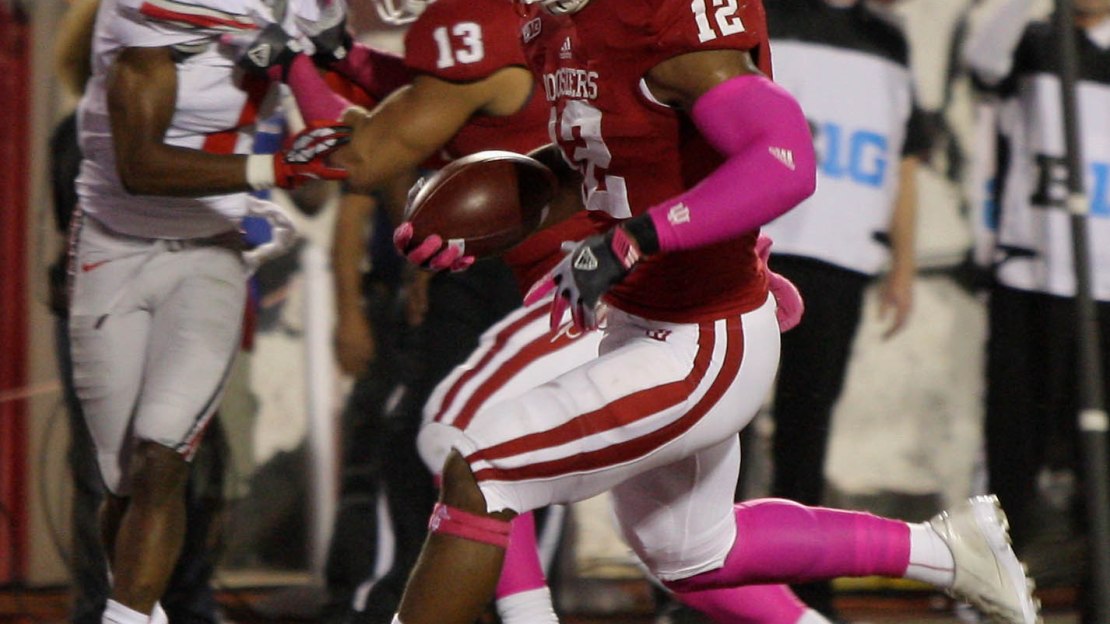 No. 8 Ohio State picked up 92 yards in the ground game during the first quarter, and the Buckeyes lead 10-7 at the end of the first quarter. Ohio State took the game's first lead after Corey Brown ran 12 yards to paydirt on the last play of a nine-play, 75-yard drive.

The Buckeyes made their lead 10-0 when Drew Basil kicked a 35-yard field goal on the last play of an eight-play, 37-yard drive.

An 87-yard drive that ended when Stephen Houston pounded in a 59-yard touchdown run helped Indiana narrow the deficit to 10-7.

The Hoosiers are in a prime position for points at Ohio State's six-yard line to open the second quarter.

Player on the spot: Let?s make this ?players.? Indiana defensive tackles Larry Black Jr., and Adam Replogle need to at least try to hold the line vs. Braxton Miller and the Ohio State rushing attack that ranks No. 2 in the Big Ten and No. 10 in the nation (248.7 ypg). The Buckeyes should be salivating at the fact Indiana is last in the conference vs. the run (196.8 ypg). Can Ohio State win this game and throw fewer than 10 passes? And if the Buckeyes get a big early lead, will Miller be taken out? That could damage his Heisman hopes.

Key matchup: Indiana offense vs. Ohio State defense. The Hoosier offense has played pretty well with Cam Coffman taking over for injured Tre Roberson at quarterback. And that?s good, since Indiana?s only chance to pull the stunner is to outscore Ohio State. The Hoosier offense is No. 2 in the league (472.4 ypg). The Buckeye defense is No. 10 (386.5 ypg) and has been especially vulnerable vs. the pass, ranking 11th (265.3 ypg).

Key number: 2, turnovers lost by Indiana, which are the fewest in the Big Ten.

Key note: The Hoosiers are trying to win their first Big Ten game since knocking off Purdue in West Lafayette at the end of the 2010 season.