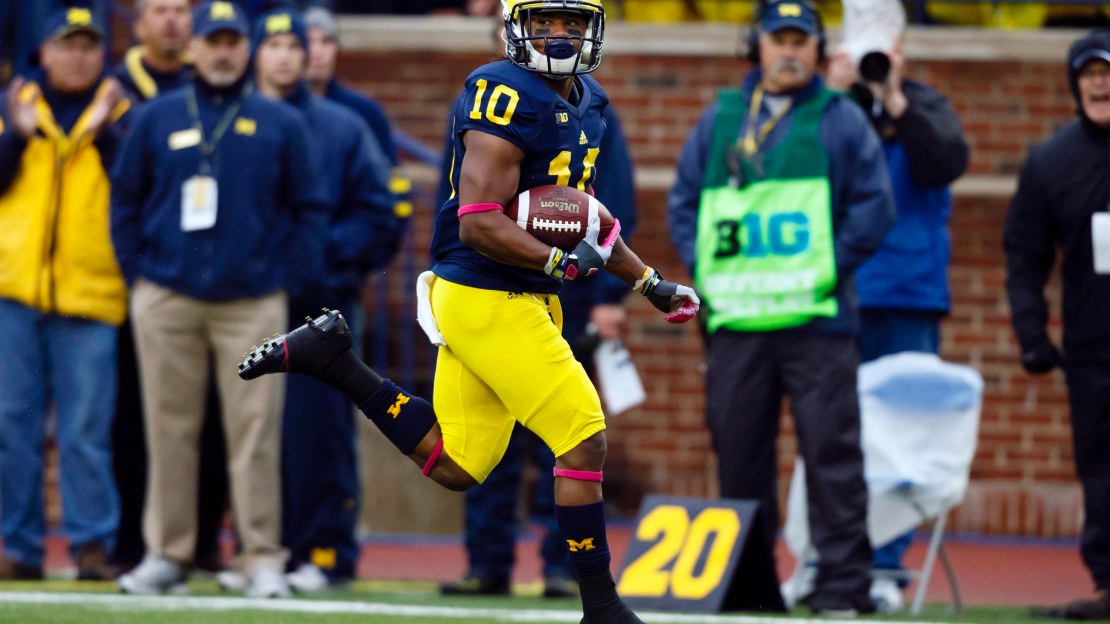 Michigan got things going through the air, passing for 110 yards in the quarter, and the Wolverines lead 10-0 at the end of the first quarter. Michigan scored when Denard Robinson and Jeremy Gallon combined for a 71-yard touchdown to clinch a five-play, 85-yard drive, giving the Wolverines the game's first lead.

Michigan expanded its lead to 10-0 thanks to a nine-play, 65-yard drive that ended when Brendan Gibbons kicked an 18-yard field goal. The Wolverines squandered an opportunity to score a touchdown, missing a chance to score from Illinois' one-yard line before settling for the field goal.

The Fighting Illini have the ball at their own 36-yard line to begin the second quarter.

Player on the spot: Illinois quarterback Nathan Scheelhaase. He injured an ankle in the season opener and never really has gotten on track, missing two games and almost all of a third. Scheelhaase showed some sparks last week in a 31-14 defeat at Wisconsin, running for 84 yards and a score and passing for 178 and a touchdown in what was a 7-7 game in the third quarter. But the Michigan defense is coming on, ranking No. 2 in the Big Ten (311.8 ypg) and allowing just 213 yards last week vs. the Boilermakers.

Key matchup: Michigan offensive line vs. Illinois defensive line. Brady Hoke called out his line at halftime of the Notre Dame game. And the unit has responded in kind after the ugly 13-6 loss, playing its best game of the season last week in a 44-13 victory at Purdue in helping the Wolverines run for 304 yards. The unit must again dominate to open space for Denard Robinson, who ripped off 235 yards rushing vs. Purdue to become the Big Ten's all-time leading rusher among quarterbacks. But this is a talented Illini defensive front led by tackle Akeem Spence and end Michael Buchanan. Illinois ranks No. 6 in the Big Ten in rush defense (124.5 ypg).

Key number: 21.2, points scored per game for Illinois. That ranks last in the Big Ten and No. 102 in the country.

Key note: The schools have split the last four meetings. And Michigan is just 4-3-1 vs. Illinois in Ann Arbor in the last eight encounters, with the Illini winning in the Big House in 1993, 1999 and 2008.