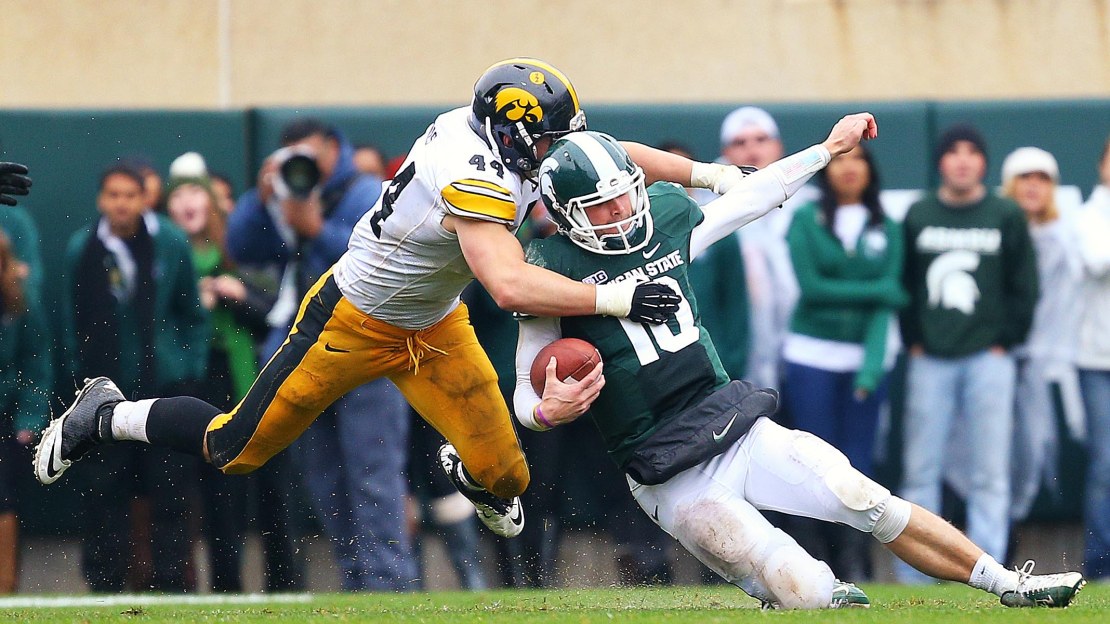 Every Saturday during the Big Ten football season, BTN.com senior writer Tom Dienhart offers his Snap Reactions to all the Big Ten games. Get Dienhart's thoughts from Northwestern's win over Minnesota and Iowa's double-overtime win at Michigan State in this post.

Northwestern 21, Minnesota 13
1. Northwestern is bowl-eligible for the sixth season in a row, as Pat Fitzgerald continues to do a phenomenal job at his alma mater. Now, the 6-1 Wildcats aren?t just thinking about a bowl-they are thinking about winning the Legends Division and playing in the Big Ten title game. Up next: a visit from Nebraska.

2. If Iowa running back Mark Weisman isn?t the most surprising player in the Big Ten, then it?s Northwestern running back Venric Mark. He had another big day in the Wildcats? 21-13 victory at Minnesota, running 20 times for 182 yards and two touchdowns.

3. Minnesota will be hard-pressed to get bowl-eligible for the first time since 2009. It almost had to beat Northwestern today to reach that goal. The 4-2 Golden Gophers have games left at Wisconsin; vs. Purdue; vs. Michigan; at Illinois; at Nebraska; vs. Michigan State. To me, it will come down to the Purdue and Illinois games.

Iowa 19, Michigan State 16 2 OTs
1. That?s two wins in a row for Iowa, whose season now has new life after a dreary 2-2 start that included a 32-31 home loss to Central Michigan. Now, the Hawkeyes find themselves in the thick of the Legends Division race with a big game at home vs. Penn State next week.

2. Running back Mark Weisman continues to amaze, running 26 times for 116 yards and a touchdown before leaving late with an injury. It was Weisman?s fourth 100-yard rushing game in a row. Not bad for a guy who began the season as a backup fullback.

3. The Spartans? Legends Division title hopes may be dashed with their third home loss of the season. And, get this: MSU almost nearly lost at home to Boise State (17-13) and Eastern Michigan (23-7 – a game that was much closer than the score indicates). The Spartans? next four games: at Michigan; at Wisconsin; vs. Nebraska; vs. Northwestern.