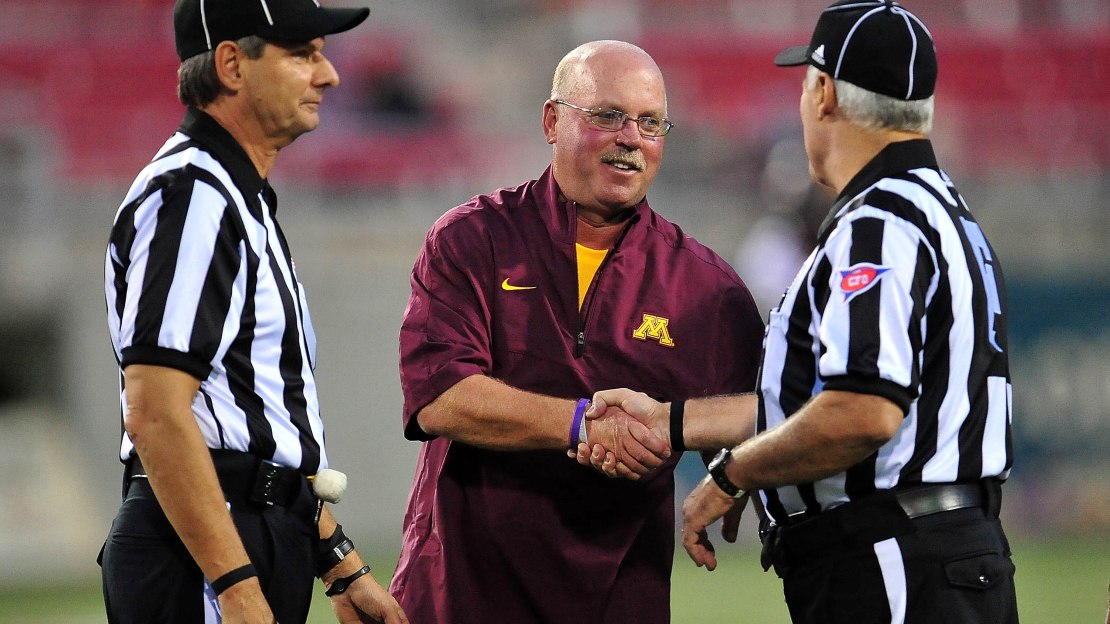 Following Saturday afternoon's loss to Northwestern, Minnesota head coach Jerry Kill suffered a seizure in the coaches' locker room at TCF Bank Stadium, the university announced in a press release. Kill was taken to a nearby hospital by ambulance as a precaution.

[AP: Kill has seizure after loss to Northwestern]

Here's the official release from Minnesota:

"Kill was immediately attended to by team medical personnel before being transported to a local hospital by ambulance as a precaution. He is currently alert and resting comfortably.

To respect Kill?s privacy during this time, the name of the hospital where he is receiving care will not be released.

University officials said that they do not anticipate further information on Coach Kill?s condition being available Saturday night, but are hopeful about being able to provide an update on Sunday."

Coach Kill did suffer a seizure following today's game, but is resting comfortably now. Please keep him in your thoughts & prayers.

Catch up on all the action and highlights from the Northwestern-Minnesota game on our Northwestern at Minnesota page.