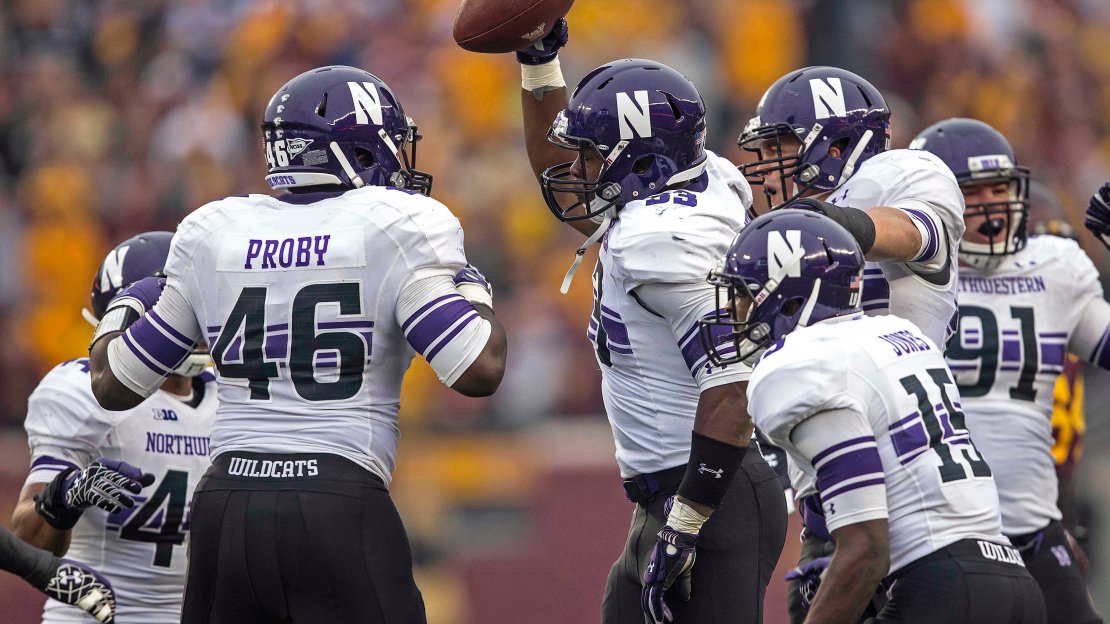 Venric Mark rushed for 182 yards and two touchdowns to carry Northwestern to a 21-13 victory over Minnesota on Saturday. Mark wasn't touched on scoring runs of 26 and 48 yards and the Wildcats (6-1, 2-1 Big Ten) overcame 11 penalties to become bowl eligible and spoil Minnesota's homecoming celebration.

MarQueis Gray rushed for 86 yards and a touchdown after missing the previous two games with knee and ankle injuries. But he also threw an interception and was injured again late in the third quarter for the Golden Gophers (4-2, 0-2).

The Gophers had a chance for a tying touchdown late, but Northwestern's defense stiffened at the 6-yard line to keep them out of the end zone. Cornerback Nick VanHoose made the key play on the stand, batting a pass away from A.J. Barker in the end zone to save a touchdown.

FINAL: Venric Mark put the team on his back in Northwestern's 21-13 win over Minnesota on Saturday at TCF Bank Stadium, rushing for 182 rushing yards and two touchdowns. Despite facing a 11-point deficit, the Golden Gophers closed to within striking distance of the Wildcats late, but Northwestern survived the comeback attempt and secured the win.

The Wildcats' explosive offense used big plays to take down Minnesota. Northwestern burned the Golden Gophers' defense for four plays of more than 20 yards. With 13:00 to go in the second quarter, Mark pounded in a 48-yard touchdown run, the Wildcats' longest play on the day. The score gave Northwestern a 21-10 lead.

Minnesota's offense got the best of the Wildcats' defense, as it slashed its way to 321 yards in the game. In the end though, Northwestern forced the Golden Gophers into three turnovers to clinch the win.

Kain Colter threw for 54 yards while going 9-9 for the Wildcats. He threw no interceptions. Colter was also a threat on the ground, as he rushed for 26 yards and one touchdown on 10 attempts.

Northwestern finished with 273 total yards, including 58 yards passing while completing 10 of 16 attempts. The Wildcats also moved the ball on the ground, earning 215 yards on 36 attempts..