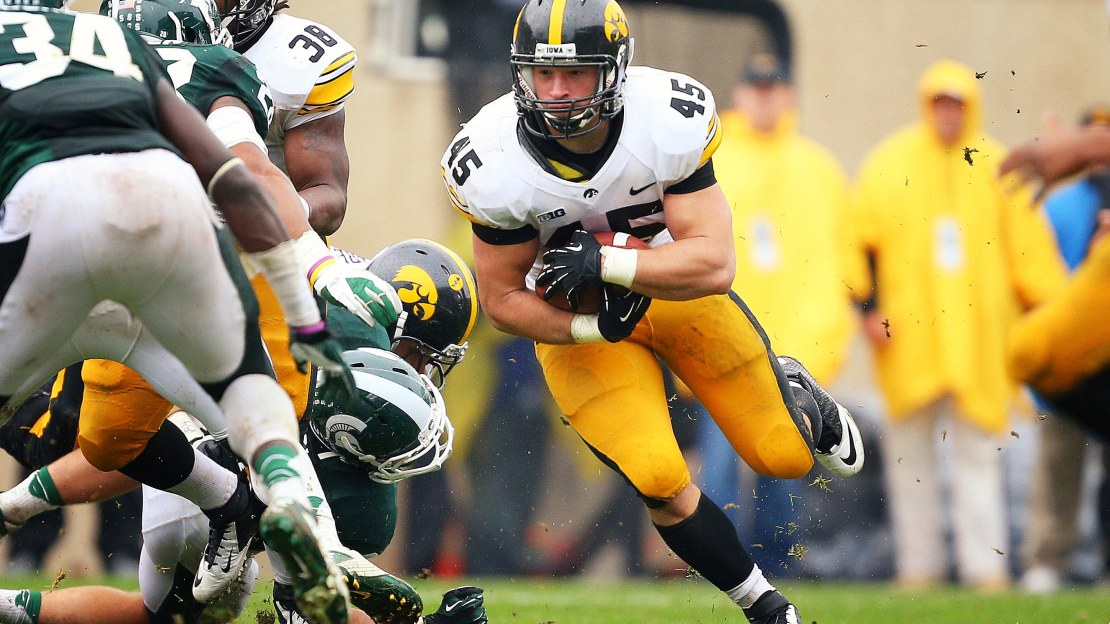 Mark Weisman ran for 116 yards and a tying touchdown in the final minute of regulation, and Iowa went on to beat Michigan State 19-16 in double overtime Saturday. Mike Meyer kicked field goals in both overtimes, including a 42-yarder in the second that gave the Hawkeyes (4-2, 2-0 Big Ten) their first lead of the game. Iowa then won it when Andrew Maxwell's deflected pass was intercepted by Greg Castillo.

Le'Veon Bell ran for 140 yards and a touchdown for Michigan State, but the Spartans (4-3, 1-2) couldn't hold on late. Iowa drove 68 yards in nine plays and tied it at 13 on Weisman's 5-yard scoring run with 55 seconds left in the fourth quarter.

RECAP: Iowa needed extra time to beat Michigan State as it beat the Spartans 19-16 in two overtimes on Saturday at Spartan Stadium.After the Hawkeyes scored on Mike Meyer's 41-yard field goal to open the second overtime, Michigan State failed to score, getting stopped at the 24 on second-and-9.

Mark Weisman carried the offensive load for Iowa, piling up 116 rushing yards and one touchdown on 26 attempts.

Le'Veon Bell did his best to carry the Spartans' offense, turning 29 carries into 141 rushing yards and one touchdown.

The Hawkeyes' offense finished the game having gained 258 yards. In addition to James Vandenberg's efforts through the air, Iowa also rushed 34 times for 125 yards.