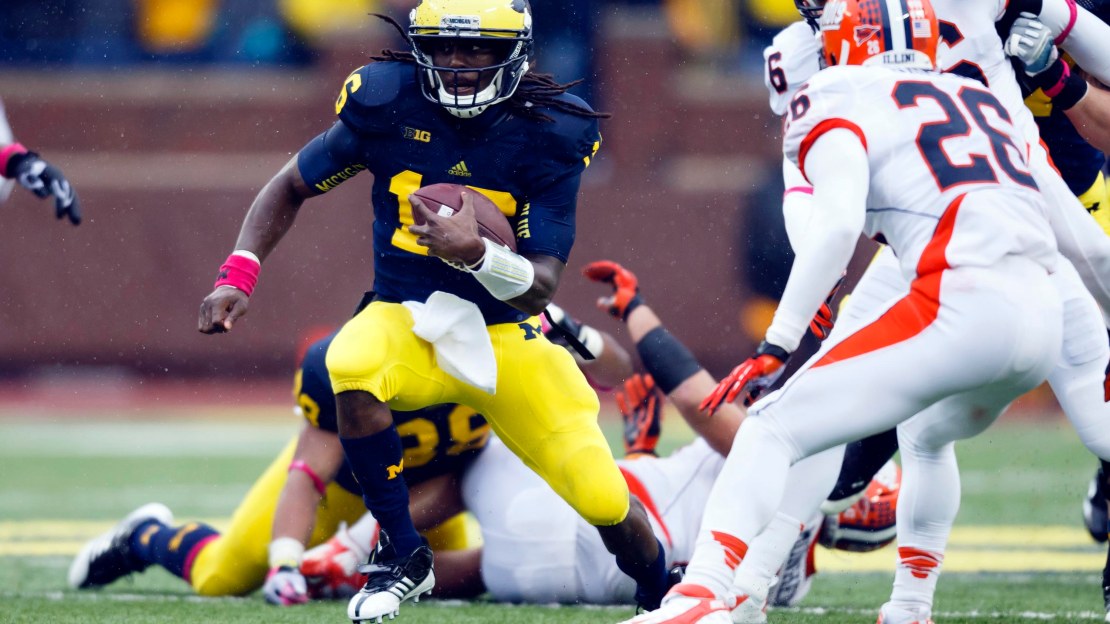 Michigan picked up 94 yards in the ground game during the third quarter, and the Wolverines now lead 38-0. Michigan held Illinois to nine total yards in the quarter. The Wolverines added to their advantage when Denard Robinson scrambled for a 49-yard touchdown run, the last of a six-play, 74-yard drive to give Michigan the lead, 24-0.

The Wolverines made their lead 31-0 when Robinson threw an eight-yard touchdown pass to Devin Funchess on the last play of a four-play, 27-yard drive. Michigan started in good field position when Kenny Demens intercepted Reilly O'Toole's pass.

The Wolverines expanded their lead to 38-0 thanks to a two-play, six-yard drive that ended when Fitzgerald Toussaint ran three yards to paydirt. A fumble recovery by Michigan set the Wolverines up to start the drive.

Michigan's Robinson hit 100 yards rushing for the game in the quarter, part of his 128-yard rushing performance thus far.

The Wolverines will start the fourth quarter with possession on their own 38-yard line.