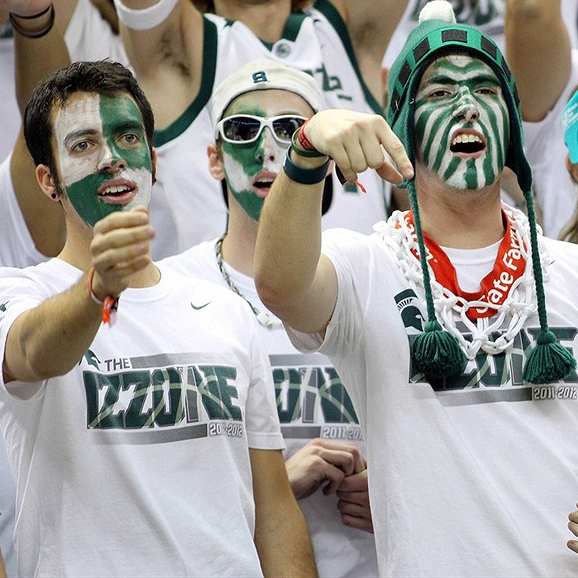 Big Ten basketball is almost here as a handful of teams plan for opening night events traditionally known as "Midnight Madness." Fans can watch six of these events at Big Ten schools live online via the Big Ten Digital Network. The first three happen Friday night: Minnesota's "Gopher All-Star Friday Night" goes live at 8:20 p.m. ET, Purdue's "The Tip-Off Before the Kickoff" goes on at 8:30 p.m., and Michigan State's "Midnight Madness" starts at 10:30 p.m. Go to video.btn.com and click on the "Live Events" tab for the full schedule.

Here's a look at Michigan State's introduction video from the Spartans' event in 2011:

And Michigan State women's coach Suzy Merchant got in on the fun, too. Watch this clip:

Purdue's "Tip-Off Kickoff" is part of Purdue's football homecoming weekend. The basketball portion of the event at Mackey Arena starts around 9:15 p.m. ET and includes introductions of both men's and women's basketball teams, a performance by the student-athletes from both teams, shooting and slam dunk competitions and remarks by head coaches Matt Painter and Sharon Versyp. Read more at Purduesports.com.

Indiana's "Hoosier Hysteria" is Saturday, Oct. 20 at 7 p.m.. First-year women's coach Curt Miller will get his first opportunity to address Hoosier Nation in Assembly Hall and fifth-year men's coach Tom Crean brings in a squad which is ranked No. 1 by several organizations and is coming off a Sweet Sixteen appearance last year. Read more about it IUHoosiers.com.

Here's a look at the full Hoosiers scrimmage from Indiana's 2011 event:

Penn State's "Hoops Madness" is Thursday, Oct. 25 at 7:30 p.m.. Event include music and highlight videos as fans can participate in contests and enjoy the Pride of Lions Pep Band, Lionettes dance team, Penn State Cheerleaders and the Nittany Lion all leading up to introductions and dance performances by both teams and a special performance from Big Sean.  Read more about it at GoPSUsports.com.