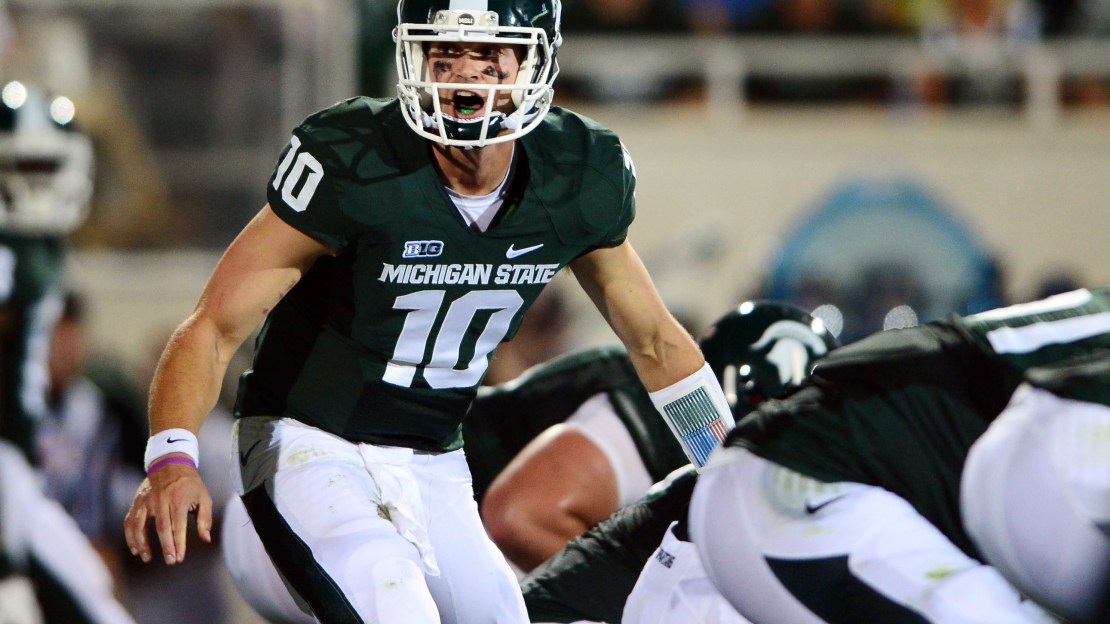 Like all quarterbacks, Michigan State's Andrew Maxwell watches his share of game film. He's taken in plenty on Iowa, this week's opponent, and on Tuesday's "#BTNLive," host Dave Revsine asked him what he's seen. Maxwell's thoughts: "Iowa's interesting to watch on film, because they don't do many things, but what they do do they do very well." The junior also showed a strong knowledge of Iowa's defensive philosophy and recent lineage.

Maxwell's sharp analysis impressed our crew, so much that it had Revsine saying: "You better watch out, Howard!" Griffith isn't too worried about losing his analyst job – just yet.

"I've got a lot of people to watch out for in this seat," Griffith said. "But he's going to be playing on Sundays, so I'm not worried about that for a couple more years."

That's some high, high praise for the Big Ten's second-leading passer, with 1,428 yards.