More crucial to his team: Braxton or Denard? 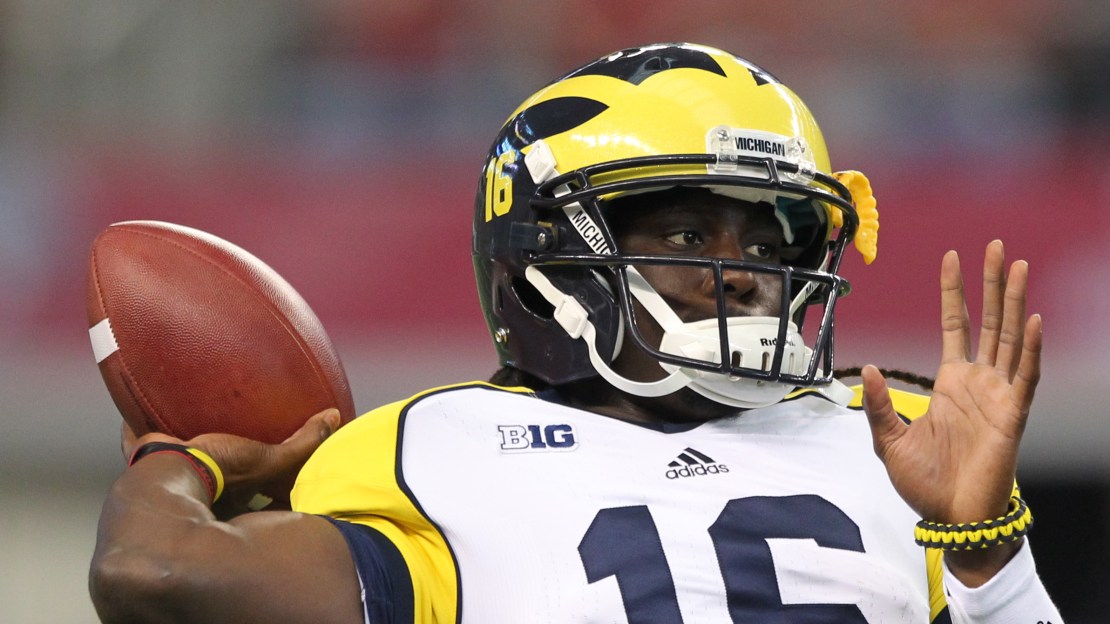 The question was posed, and BTN football analysts Howard Griffith and Chris Martin gave their educated answers. So, which electric running quarterback is more crucial to his team: Braxton Miller or Denard Robinson?

Watch our analysts' thoughts in this web-only "Big Ten Football Report" video now, plus see the players' stats and cast your vote for the winner in this post.

"I don't know if you can take one over the other."

"It's trying to find a pimple on Miss America. It's hard to do, when you look at it."

That's basically two undecided votes, with a SLIGHT edge to Miller. Let's take a look at the numbers.

And what good is talking about Miller and Robinson without visual proof?

Miller takes it to the house against Cal: