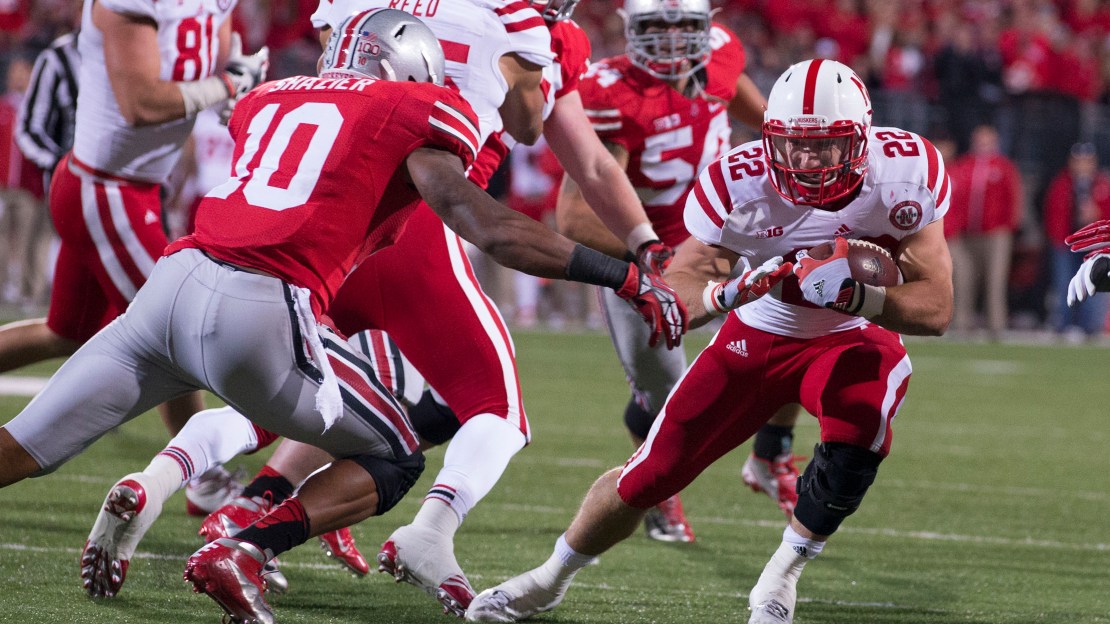 Some strong opinions are emanating from Nebraska after that 63-38 loss at Ohio State. Sam McKewon of the Omaha World-Herald thinks Bo Pelini needs to shake up things. Big Ten writers are covering a number of other stories today, including a disappointing showing by Illinios, an Ohio State team apparently ahead of schedule, and a Penn State team that has shown real resilience. Read it all in Monday edition of Big Ten Links.

Huskers concerns: As for Nebraska, the safeties had issues, and Taylor Martinez made some bad decisions with the ball. What does McKewon propose? Opening up every defensive job, handing out Blackshirts, and considering putting coordinator John Papuchis in the press box, among other things. Hey, it?s a start.

On the subject of the Huskers? meltdown in Columbus, Lee Barfknecht says there were warning signs of problems.

But Barfknect says all is not lost:

?The general sense of frustration, uneasiness and malaise around Nebraska football right now is painful. Frankly, everybody involved needs a big hug, and someone in leadership ought to rally the red. The season hardly is over. Remember, this is the Big Ten.?

I agree. Nebraska rebounded from the UCLA debacle. And it can from this, too. And I don?t think the Huskers will see any teams better than Ohio State the rest of the season.

Fading Illini: Mark Tupper of the Decatur Herald-Review wanted to write that Illinois at least notched a moral victory at Wisconsin. But, alas, he says that wasn?t even possible amid the rubble of a fourth-quarter collapse.

Yes, Illinois played well for three quarters but the game got away from it in the last 15 minutes. Now, the Illini have lost eight Big Ten games in a row with a tilt vs. Michigan next. This team needs something positive to happen soon.

Soaring Buckeyes: Ohio State is 6-0 and soaring, coming off a 63-point effort vs. Nebraska. Bill Rabinowitz of the Columbus Dispatch thinks the Buckeyes are ahead of schedule under first-year coach Urban Meyer. I sure as heck am not gonna argue with him.

The Buckeyes are rolling, with Braxton Miller seemingly having one great game after another. It?s an amazing run. Does any team rely more on one player? Well, Michigan may with Denard Robinson. But no one else.

Carrying the load: The Wolverines looked dominating in a 44-13 victory at Purdue and appear to be on track after a 2-2 non-conference season. But work remains. Among the issues: continued lack of production from the tailbacks, says Kyle Meinke of MLive.com.

Denard Robinson is accounting for 64.9 percent of the team?s rushing yards. Fitz Tousssaint seems to lack a burst and missed holes vs. Purdue. With a game vs. Illinois, Michigan may need to look at some other options at running back-like big, physical Thomas Rawls. Robinson can?t continue to carry such a heavy burden.

Penn State revival: The great Bob Flounders of the Harrisburg Patriot-News provides us with six reasons why Penn State is 4-2. Among them: Matt McGloin?s moxie, which may be most key of all.

Speaking of Penn State, Nate Mink of StateCollege.com has the first of a five-part series of midseason Nittany Lions evaluations. First up: quarterbacks and running backs.

This has been an amazing job by Bill O?Brien, who is making a case for national coach of the year.

Coordinator Matt Canada has packages for each back and their unique set of skills. It?s a balancing act that can be difficult-but it?s welcomed for a Wisconsin team that has won three of four and has a big game at Purdue this Saturday. Win that game, and the Badgers will be in good position to win the Leaders.

I wouldn't pick Nebraska to beat Northwestern, but given the #Huskers tendency to ride the roller-coaster, maybe you should expect a win.

My take: For Nebraska, any win on the road would be impressive at this point. At least the Huskers are off this week. That?s a good thing, right?

The Big Ten has no teams ranked in the coaches top 25 poll. That is the first time in history that has ever happened. #B1G

My take: Ohio State would be ranked if it wasn?t on probation. Still, ?

Great day in college football. No. 3 Florida State and No. 4 LSU both lose. Go ahead and schedule Bama and Oregon in national title game.

My take: What about West Virginia? If the Mountaineers and Oregon each finish unbeaten, I think WVU will rank ahead of the Ducks.

#Purdue coach Danny Hope: TerBush is the No. 1 QB and Marve No. 2

My take: Personally, I would start Robert Marve. Yes, he may make some mistakes, but he injects more playmaking ability into the offense than Caleb TerBush.