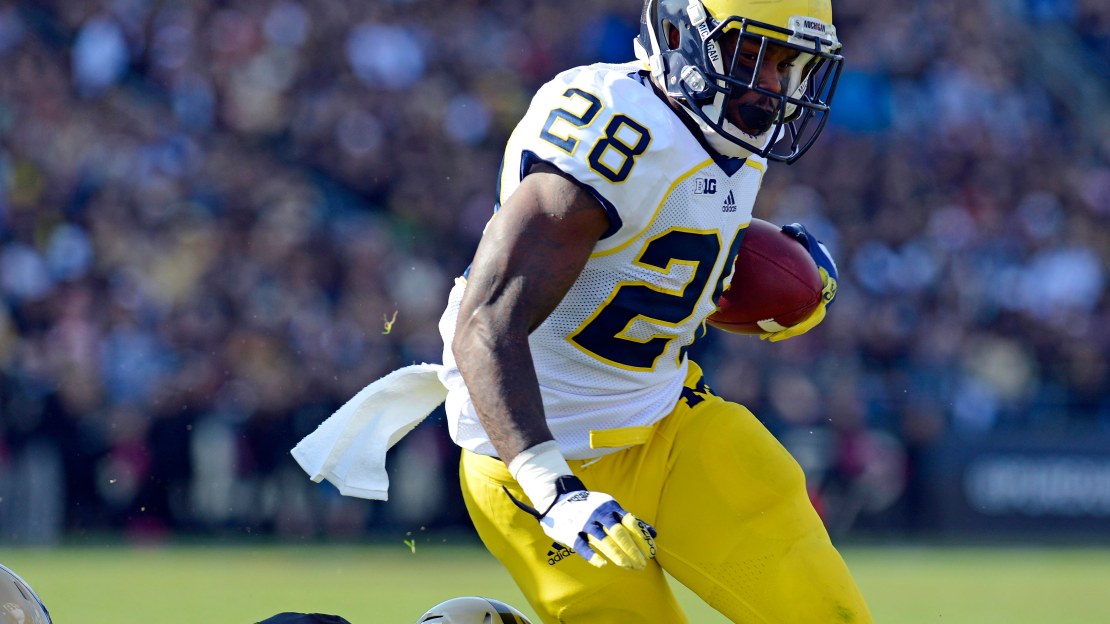 Michigan's defense shut down Purdue, allowing only eight yards of offense in the first quarter, and the Wolverines lead 7-0 at the end of the first quarter. Michigan took the game's first lead after Fitzgerald Toussaint pounded in a one-yard touchdown run on the last play of a 16-play, 78-yard drive.

The Wolverines threw just three times during that march downfield.

Michigan is poised to score with the ball at the Boilermakers' 15-yard line to start the second quarter.

Player on the spot: Purdue QB Caleb TerBush. The senior threw for four touchdowns in a 51-41 win over Marshall last week and appears to be coming on. Good thing. He has hit 63.8 percent of his passes for 531 yards with seven touchdowns and four interceptions in three games for a rising team and Leaders Division dark horse. TerBush will need to have a strong outing if the Boilermakers want to topple Michigan, which was off last week. Purdue also could get a boost from the return of quarterback Robert Marve from yet another knee injury.

Key matchup: Michigan offensive line vs. Purdue defensive line. Brady Hoke called out the Wolverine front at halftime of the Notre Dame game, a contest in which Michigan failed to score a touchdown. The unit has struggled with chemistry and cohesion much of the season. It must protect Robinson vs. a fearsome Boilermaker front that includes stalwarts like tackles Kawann Short and Bruce Gaston along with end Ryan Russell. Wolverine tackle Taylor Lewan must dominate.

Key number: 38, career interceptions for Michigan signal-caller Denard Robinson. He has tossed a Big Ten-high eight this season and most recently hurled four at Notre Dame. The senior must play smart and make some big plays with his feet, while also getting help from running back Fitz Toussaint. Look for Boilermaker linebacker Will Lucas to shadow ?Shoelace.?

Key note: Purdue is 3-1 for the first time since 2007, while Michigan looks for its first Big Ten crown since-get this-2004.