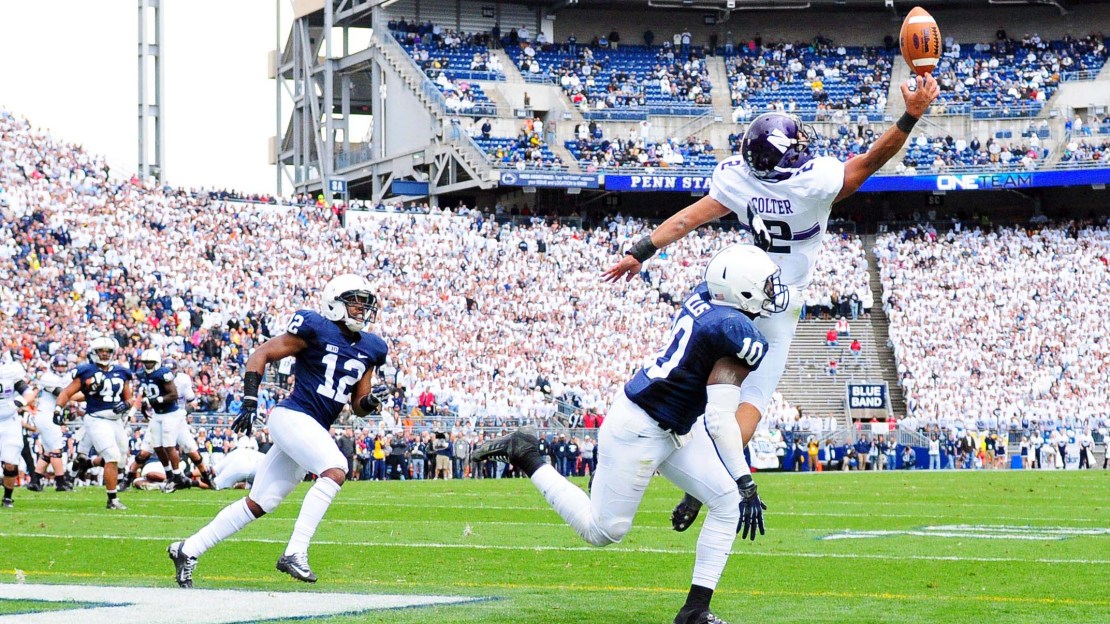 Every Saturday, BTN.com senior writer Tom Dienhart watches all the Big Ten action and offers his Snap Reactions. See his reactions to Michigan State and Penn State's comeback victories over Indiana and Northwestern, respectively, in this post.

Michigan State 31, Indiana 27
1. This may be the type of win that sparks the Spartans for what has been an inconsistent Michigan State team. The Spartans looked out of sorts in the first half, committing myriad penalties and yielding 27 points. But MSU shutout the Hoosiers in the second half.

3. Yes, the Hoosiers lost, but the Indiana offense showed it potential in the first half vs. what is the No. 1 defense in the Big Ten (263.4 ypg), Indiana notched 317 yards-with 282 coming through the air. Indiana can build off this close lose, but it needs to taste a Big Ten victory at some point to really get going.

Penn State 39, Northwestern 28
1. It?s official: The Nittany Lions are the feel-good story of the first half of the season. The win over Northwestern was Penn State?s fourth in a row following two opening losses. Up next: a trip to Iowa following an off week. This is simply amazing, especially the work of quarterback Matt McGloin. He continues to play a huge role for the Nittany Lions offense. Against the Wildcats, he hit 35-of-51 passes for 282 yards and two scores.

2. Is there a better defensive coordinator in the Big Ten than Penn State?s Ted Roof? His unit rationed a hot Northwestern offense just 247 yards. A week ago, the Wildcats had 704 yards vs. Indiana. This is a defense that lacks depth and is raw in the secondary. Regardless, Penn State?s defense is playing beyond expectations.

3. Northwestern?s unbeaten streak is over, but the Wildcats still have lot to play for beginning next week with a trip to Minnesota. On this day, Penn State controlled the ball for 39:17 to Northwestern?s 20:43. Not having the ball for extended stretches kept the talented Wildcat offense on the sideline too often. Still, NU is in the Legends race.