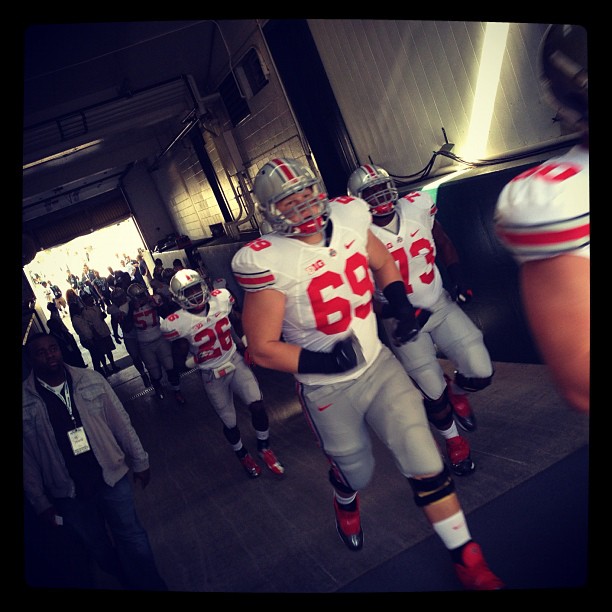 In the opening episode of "The Journey 2012" on Wednesday at 7:30 p.m. ET, learn what's at stake for Michigan quarterback Denard Robinson during his senior year, and we also go back and find out more about his talents as a sprinter in high school. Also in the debut, meet Ohio State?s John Simon and see how his work ethic and toughness defines the Buckeyes defense and represents the values of his hometown of Youngstown, Ohio. We also follow Penn State linebacker Michael Mauti and learn how this leader has kept the Penn State team focused and together.

Find Internet-only bonus material down in this post. The TV show we'll also have some terrific original highlights from the latest football games, including Penn State at Illinois and Ohio State at Michigan State. As with all live programming on BTN TV, you can watch this show live on BTN2Go (and later on demand).

Our producers are on Twitter @BTNJourney and Facebook. They also deliver some extremely sharp photos via Instagram (BTNJourney), and you can find many of them on the Facebook page over here. If it's those really great school videos you seek, we stacked them all on this page.

And since "The Journey 2012" follows Big Ten athletes on their journey through the 2012 Big Ten football seasons, we're also tracking tracking the live tweets from former and current Big Ten football players and coaches, as well as a Big Ten basketball contingent, too.