Mailbag: When will Boilers, 'Cats get respect? 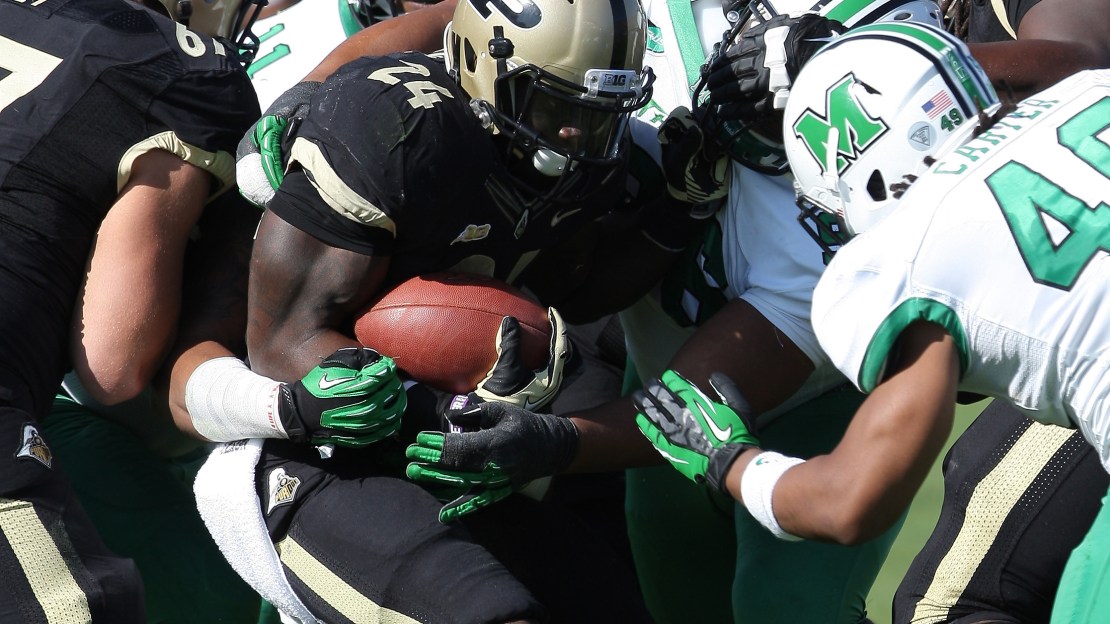 You have Big Ten questions, and I have answers. In this week's Mailbag, I offer my answers on when Northwestern and Purdue will start to get respect and how the Big Ten could fare this bowl season. And don?t be afraid to send questions for future Mailbags. Or you can send them my way on Twitter (@BTNTomDienhart).

It seems like everyone already has ordained Ohio State?s Braxton Miller as Big Ten Offensive Player of the Year. But don?t give up on Michigan signal-caller Denard Robinson. – Scott Schlaack

There is no arguing that Miller has been the Big Ten?s best player thus far. Period. End of story. But you are correct about Robinson. He has had a tough start to the season, looking bad in losses to Alabama and Notre Dame. But those are two pretty good teams. Now is when we can really judge Robinson, who will have many opportunities to impress while playing eight Big Ten games. And it all starts at Purdue vs. a stout Boilermaker defense that showed some flaws last week vs. Marshall. A big effort in a win in West Lafayette could send Robinson on a tear.

What is the logic behind ranking a team two spots higher (Minnesota) than a team (Iowa) which just beat it soundly in every aspect of the game? Do you really believe that one player, Gopher quarterback MarQueis Gray, would have significantly changed the final result? – Jerry S.

So, if Indiana upsets, say, Ohio State, the Hoosiers should be ranked ahead of the Buckeyes? That?s your logic? If so, it?s flawed. Minnesota?s ?entire body of work? is more impressive than Iowa?s right now. THAT?s my logic in ranking the Gophers ahead of the Hawkeyes. Why is that so difficult to comprehend? The Hawkeyes lost at home to a pitiful Central Michigan team and also got beat at home by Iowa State, which looks like an average team. Have you already forgotten that? Or, and I am supposed to forget it? So, my rankings aren?t only based on head-to-head results.

Tim Beckman came from Toledo and is struggling at Illinois. Do you think MAC coaches are in over their heads in the Big Ten? – Glen Schumacher

Of course not. There are and have been many great coaches matriculate from the MAC to the Big Ten and succeed. Bo Schembechler, Bill Mallory, Nick Saban and now Urban Meyer. The MAC historically has been a great breeding ground for coaches. Give Beckman time. He has been on the job for four games. And, remember: He has the Illinois job for a reason. Things weren?t going well under the previous regime.

Iowa running back Mark Weisman?s stiff arm, leverage, bruising style coupled with an understanding of angles and how to find the hole have been impressive and really fun to watch. – Daniel Calvert

Agreed! He has been a lot of fun to watch, no doubt! Such a great story, too. It?s funny how he has seized an opportunity from all of the misfortune that Iowa was suffered at running back. Life is funny that way. You never know what?s around the corner-just keep grinding. It will be interesting to see how Weisman is used once other Iowa backs (Damon Bullock, Greg Garmon) return from injury.

I can't wait for Purdue to start Big Ten play and start making noise so that it can finally start getting well-deserved respect in the polls, power rankings and from national writers. – Seth

How many games will Northwestern have to win before the feeble-minded sports writers will acknowledge that they are a quality team? – Phil Nagle

Yes, the Wildcats have surprised many with a 5-0 start. It?s a great story. But, before booking Rose Bowl tickets, know this: The combined record of Northwestern?s five opponents is 6-14. And only one of its victims-Indiana-has beaten an FBS school (UMass, which is in its first year as an FBS program). The six teams that NU?s opponents have beaten? Stony Brook; Maine; UMass; Indiana State; Presbyterian; Colgate. So, we will know a lot more about the Wildcats very soon, beginning with a visit to Penn State this Saturday.

Given the matchups you have projected for the bowls, what do you think will be the Big Ten?s record? I look at this and see 3-5, at best. Now, a lot can change between now and then, but another poor showing in bowls would not bode well for the B1G. – Eric

As you said, it is very early. Teams can still evolve between now and then. Teams like Iowa, Michigan State, Michigan, Nebraska, Northwestern, Purdue, Wisconsin and Minnesota can come on. And the Big Ten will be judged the most on how they do in their marquee bowls: Rose, Gator, Capital One and Outback Bowls. Those will be the games that define the Big Ten?s image going into 2013. The Big Ten plays SEC teams in the Capital One, Outback and Gator Bowls, and it figures to tussle with a Pac-12 school in the Rose if that league?s champ isn?t playing for the BCS title.

Would you agree that it seems like the Ohio State offense is really missing players who can make people miss on the perimeter and have immediate burst after the catch? – Megan

I think you make a good point. The Buckeye offense does lack some real difference makers on the edge. Devin Smith and Philly Brown have emerged as some nice wideouts, but neither will ever be mistaken for Joey Galloway or Santonio Holmes. Running back Jordan Hall could be a difference maker, but he has battled injury all season and appears to be out again. For now, quarterback Braxton Miller has been the best playmaker. And we see him carrying a big load each game. Can he keep it up and avoid injury?