Lande's Big Board: Mauti debuts, joins us for interview 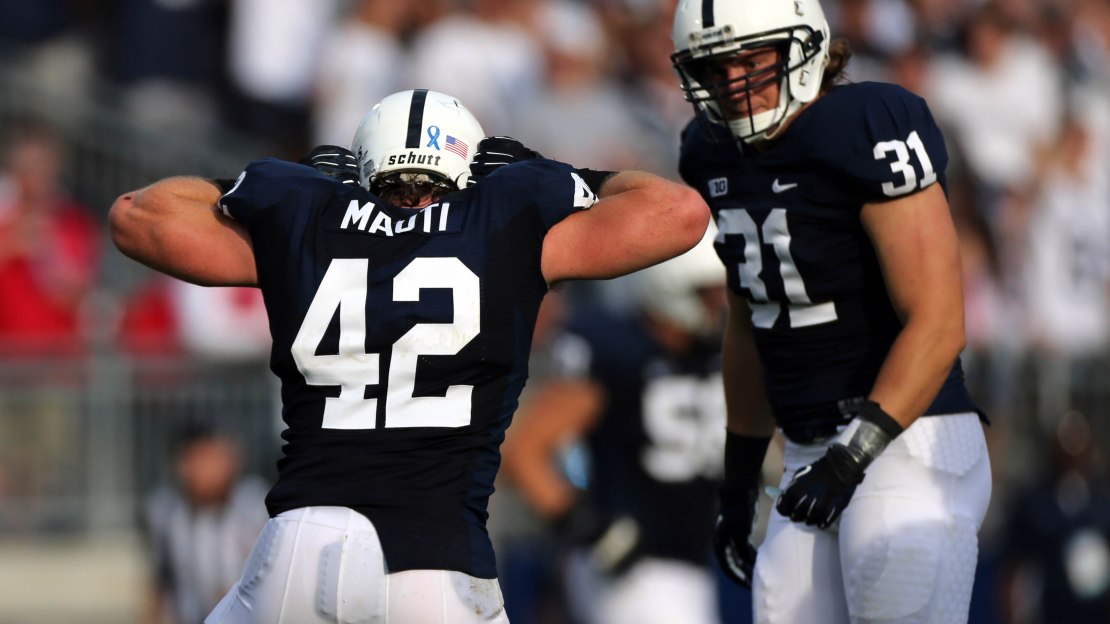 A couple days ago, Penn State LB Michael Mauti was named Walter Camp Defensive Player of the Week for his six-tackle, two-interception performance at Illinois. On Tuesday, he debuted on BTN NFL draft expert Russ Lande's latest Big Board. Mauti entered the list at No. 9, but will concerns over his surgically repaired knees worry NFL scouts?

As impressive as Mauti looks on tape, Lande knows NFL teams will do their homework.

"The reality is, come the (NFL) Combine, they're going to stretch his knees, they're going to check everything five ways to Sunday to figure out if he's healthy enough to play in the NFL," Lande said on Tuesday's "The Next Level."

"Really, all you can do is put on the tape," the senior said. "I've been working really hard to come back from those injuries and don't feel the effects from them.

"The tape, really, is what shows that."

Watch our interview with Mauti: