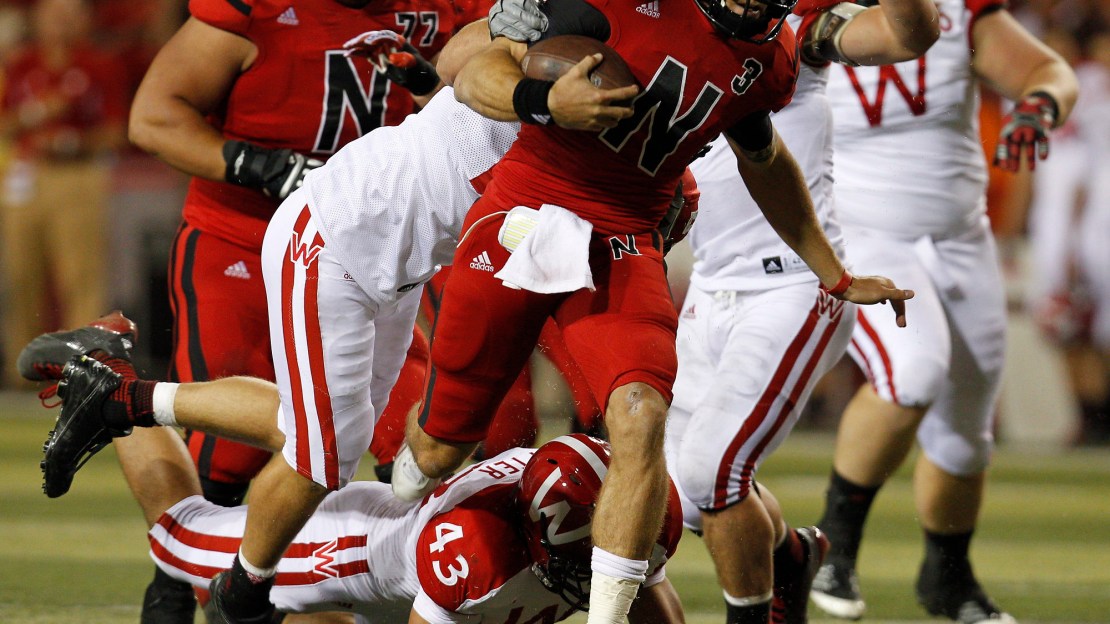 For a second Saturday in a row, the Big Ten?s top Heisman contenders will square off. Nebraska quarterback Taylor Martinez will lead his Cornhuskers into Ohio State to face Buckeye quarterback Braxton Miller in arguably the biggest game to date in the Big Ten this season. The winning signal-caller figures to assume the throne of ?top Big Ten Heisman contender.?

Last week, Miller solidified his No. 1 spot on my list with a stellar effort in a 17-16 win at Michigan State over the Spartans. In the game, the Heisman hopes of MSU running back Le?Veon Bell took a hit. He ran 17 times for 45 yards (2.6 ypc) and he led MSU with eight catches. But, it wasn?t enough for the Spartans to win or for Bell to remain in my Top 3.

1. Braxton Miller, QB, Ohio State. The sophomore did nothing to tarnish his candidacy. Miller connected on 16-of-23 passes for 179 yards with a touchdown and pick vs. Michigan State. And his 63-yard scoring toss to Devin Smith was a thing of beauty and clutch, as it pushed Ohio State into the lead for good in the third quarter after it had fallen behind.

Miller was his usual elusive self in running the ball, zigging, zagging and generally making the Spartans look bad when they tried to tackle him. The final damage: 23 carries for 136 yards in the 17-16 win.

Miller, who is No. 2 in the Big Ten in rushing (115.4 ypg), will have a national spotlight this Saturday when his Buckeyes play host to a hot Nebraska squad and its hot defense. Since getting rocked for 653 yards at UCLA, the Husker defense has clamped down. Nebraska has yielded 286, 210 and 295 yards, respectively, in its last three games.

2. Taylor Martinez, QB, Nebraska. The junior enhanced his resume by helping the Cornhuskers storm back from a 17-point deficit to claim a 30-27 triumph over visiting Wisconsin. Martinez hit 17-of-29 passes for 181 yards with two touchdowns. He also ran 13 times for a team-high 107 yards (8.2 ypc) with a touchdown in what was one of the most impressive wins by any Big Ten team this season.

Martinez, No. 1 in the Big Ten in passing efficiency, has a chance to perhaps become the top Heisman contender in the Big Ten if he can have a big game in a win at Ohio State this Saturday night vs. a Buckeye defense that is coming off a strong effort at Michigan State. Ohio State allowed the Spartans just 303 yards, with 34 coming on the ground on 22 carries.

3. Venric Mark, RB, Northwestern. Yes, quarterbacks Trevor Siemian and Kain Colter have been keys to the Wildcats? 5-0 start. But Mark has been a revelation for an offense that needed a playmaker in the backfield.