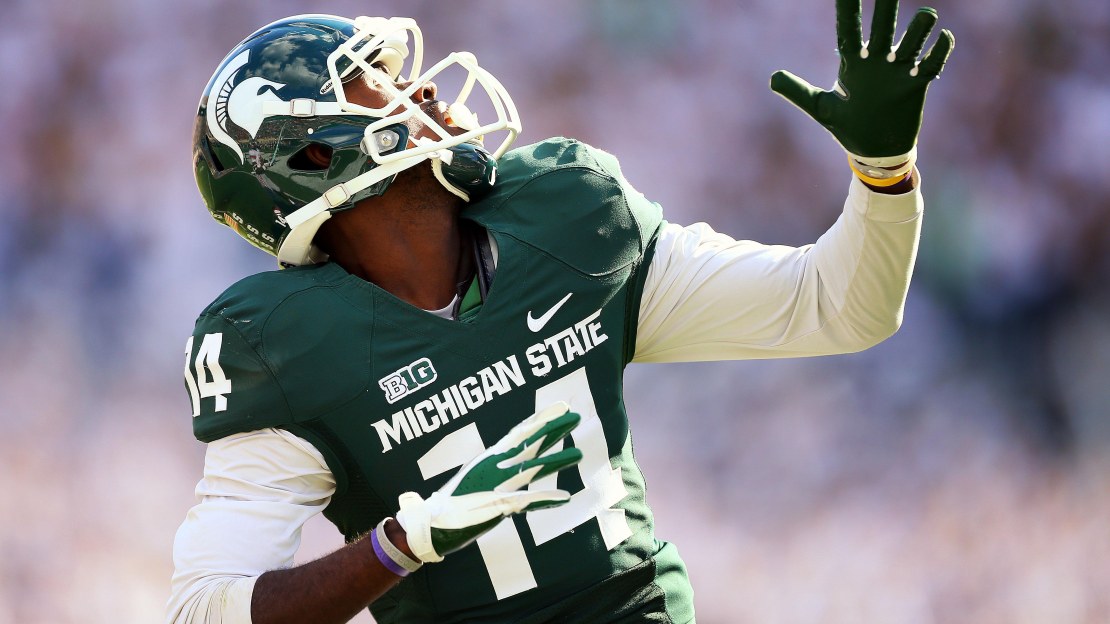 Another Saturday looms. And, I have questions. Here are my most pressing queries for Big Ten teams entering Week 6, the second week of conference play. Read all of my Big Ten coverage here and don't forget to send any of your questions my way for my weekly Big Ten Mailbag.

Illinois
Can the Fighting Illini get on track? This is a team that needs something positive to happen-anything-that is positive. Illinois is coming off consecutive blowout losses at home, losing 52-24 to Louisiana Tech and 35-7 to Penn State. Now comes back-to-back road games at Wisconsin and Michigan. Bottom line: Things may get worse before they get better for an Illini team dealing with depth and injury issues.

Indiana
Can the offense do more? Look, the Hoosiers are going to have to score points-a lot of points-if they want to win some games. Why? Because the defense is struggling. At Northwestern last week, the Hoosiers gave up 704 yards, a Northwestern single-game record. The unit ranks last overall in the Big Ten (448.8 ypg) and last vs. the run (213.5 ypg). The offense is third in the league in scoring with a 34.3 average. It must keep it up-and do more.

Iowa (on a bye week)
Are the Hawkeyes back on track? The 31-13 win over Minnesota brought Floyd of Rosedale back to Iowa City and pumped in some good vibrations that were much needed for a sagging Hawkeye psyche. Running back Mark Weisman continues to amaze, while the defense showed toughness vs. the run in shutting down the Gophers last week. Here?s hoping the off week doesn?t kill the mojo.

Michigan
Can the offense get going? Denard Robinson has had his struggles passing; he is 10th in the league in efficiency and paces the conference with eight picks. Running back Fitz Toussaint also hasn?t gotten on track with just 150 yards rushing in three games. And the line has endured some ups and downs. The Wolverines needs some run-pass balance if they want to win the Big Ten. A tough Purdue defense will pose a good test for a Michigan team coming off an off week.

Michigan State
Will the offense come to life? The unit ranks seventh in the Big Ten (384.8 ypg) and has struggled to pass with consistency, scoring three touchdowns in the last three games. Andrew Maxwell has had some ups and downs but seems to be coming on. It?s a maddeningly inconsistent receiving corps that is at the crux of the unit?s problems. And now, the line is beat up, as center Travis Jackson is out for the season with a broken leg.

Minnesota (on a bye week)
Is the Golden Gophers? balloon popped? The 31-13 defeat at Iowa was the first for Minnesota after a surprising 4-0 start. How will the Gophers respond to their first taste of defeat? No doubt, getting quarterback MarQueis Gray back from an ankle injury would help. Minnesota is off this week, giving Gray more time to recoup before playing host to Northwestern on October 13 in what could be a big Legends Division clash.

Nebraska
Can the defense keep it up? Since the Huskers were torched for 653 yards (the second-most ever allowed by a Nebraska defense) in a 36-30 loss at UCLA, the Cornhuskers have allowed 286, 210 and 295 yards in wins over Arkansas State, Idaho State and Wisconsin. Combine a defense like that with an offense that is No. 1 in the Big Ten overall (521.4 ypg) and No. 1 in scoring (44.8 ppg), and, well, you have a scary-good team that is rolling into Ohio State.

Northwestern
Can this two-quarterback system keep working? So far, so good, as coordinator Mick McCall has done a nice job blending and balancing the skills of each. Trevor Siemian is a deadly passer, while Kain Colter is one of the most versatile performers in the Big Ten, if not the nation. It gives defenses a lot to prepare for. Few teams are playing as well on both sides of ball as Northwestern

Ohio State
Will the defense build off that effort at Michigan State? The Buckeyes entered the game at MSU with the No. 12 defense in the Big Ten. But Ohio State proceeded to notch its best effort of the season in rationing the Spartans just 303 yards, with only 34 coming on the ground. A scrutinized linebacker unit came up with a big effort in East Lansing for a defense that?s on the rising with Nebraska coming to town.

Penn State
Will Matt McGloin?s arm hold up? He has tossed a Big Ten-high 1,217 passing yards with 10 touchdowns and only two interceptions. The Nittany Lions are riding his right arm at the moment, winning three in a row after opening 0-2. And the gritty senior is getting help from another surprising player: wideout Allen Robinson, who paces the Big Ten with 32 catches for 439 yards and five touchdowns. This offense has become a handful, with Northwestern coming to State College.

Purdue
Can the offense continue to be explosive? Big plays are coming fast and furious after they were a rare commodity last season. The Boilermakers are second in the Big Ten with a 42.5-point average. The passing offense is No. 2 in the Big Ten (262.0 ypg) and the rushing game is No. 4 (201.5 ypg). A high-scoring offense working in concert with a strong defense will make Purdue a very dangerous team in Big Ten play.

Wisconsin
Is Joel Stave the answer at quarterback? He has looked solid in two starts, as he?s limiting mistakes. The redshirt freshman is hitting 56 percent of his passes for 439 yards with two touchdowns and a pick. Now, the line needs to continue to improve and get a more consistent push in the rushing game to open the passing game for Stave and wideout Jared Abbrederis.