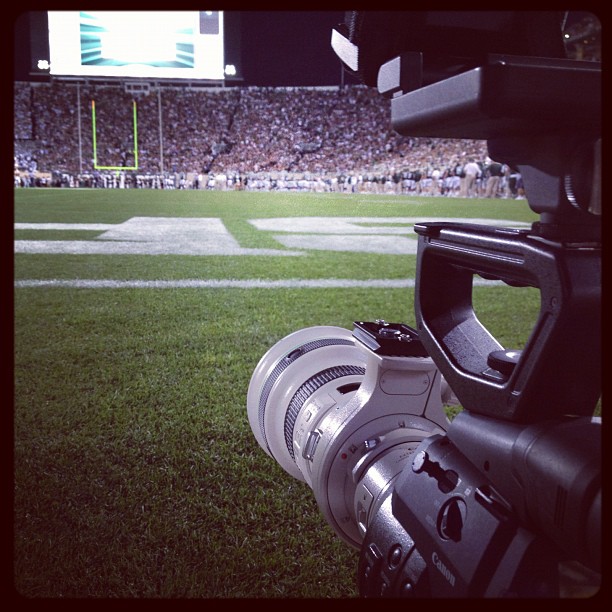 BTN will debut two new original programs next week, one that will honor teams of the past and a second that will document the stars of the future.

The two programs join an extensive slate of BTN fall programming that offers fans more Big Ten football and fall sports coverage than any other network.

?These two shows really capture what fans love about their teams and schools,? said BTN President Mark Silverman. ?They join a robust schedule of original and studio programs that complement our live events. We expect ratings and ad sales will continue to grow.?

Wednesday, BTN fans will have the chance to follow the backstories of the Big Ten?s football programs with the 7:30 PM ET debut of The Journey: Big Ten Football, presented by Best Buy. The Emmy-nominated and critically acclaimed series that has been a hit with basketball fans will document the Big Ten Football season - including behind-the-scenes access and feature stories on the student-athletes and coaches as the drama of the Big Ten football season unfolds.

The first episode features three Big Ten headliners for their respective teams:  Michigan?s Denard Robinson, Ohio State?s John Simon and Penn State?s Michael Mauti. In the episode, Robinson talks about what?s at stake for him as a senior, Buckeye Head Coach Urban Meyer tells viewers why he has such admiration for Simon and his work ethic, and Mauti  explains why he?s stayed so committed to the team and to the university, especially after the events of the past year.

Big Ten Elite, which debuts at 8 PM ET Tuesday, will give viewers the complete story behind seven great football and basketball squads, and why they are among the conference?s elite teams of all time. The shows take fans back to that special season through in-depth interviews with players and coaches, archived footage and narration by the school?s radio voice. The first squad featured is 1997 Michigan Football. Other teams in the series are 1993 Wisconsin Football, 1994 Nebraska Football, 1995 Northwestern Football, 2002 Ohio State Football, 1980-1981 Indiana Basketball and 1999-2000 Michigan State Basketball.

Other new shows this fall include #BTNLive, a nightly radio show at 7 PM ET Monday through Friday available via FOX Sports Radio in select markets and simulcast on BTN on Tuesdays and Thursdays. Hosts Dave Revsine, Mike Hall and Rick Pizzo rotate throughout the week with analysis from Howard, Griffith, Gerry DiNardo, Glen Mason and others.

The network?s football schedule features more than 40 games, along with extensive pre-game, halftime and post-game coverage on Saturdays along with Game Breaks between action.

BTN programs returning from the 2011 lineup include information and analysis in such programs as BTN Football & Beyond, The Next Level, BTN Football Report and the Women?s Sports Report ; and Tailgate 48, Big Ten Pulse and Step into my Office, which are a lighter take on what happens in the Big Ten.