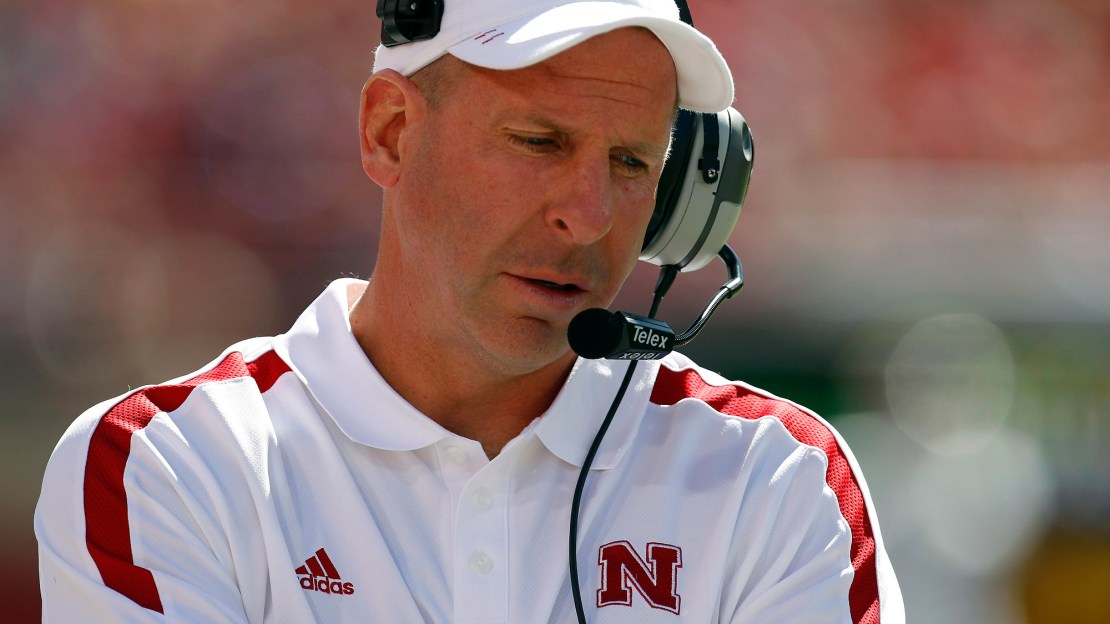 This week?s schedule is loaded with three good games, the headliner being Nebraska?s trip to Ohio State. Each could be the top team in their respective division. The subplots are thick, with great quarterback and head coaching battles leading the way. Oh, and Bo Pelini, a Youngstown, Ohio, native returns to Ohio State, where he was a defensive back from 1987-90.

The Buckeyes also are looking for revenge. The Cornhuskers roared back from a 21-point second-half deficit to beat the Buckeyes, 34-27, last year in the first Big Ten game played at Memorial Stadium.

Michigan is back after an off week of licking its wounds following a 2-2 start vs. perhaps the toughest non-conference schedule in America. The Wolverines will be at Purdue in the Big Ten opener for both teams. While Michigan will try to re-assert itself in a wide-open Legends Division, the Boilermakers will be looking to show they are a legit contender in the Leaders Division. This is the first of three rugged games to open conference season for Purdue. Wisconsin visits after Michigan, with the Boilers traveling to Ohio State on October 20 after that.

Northwestern will look to move to 6-0 with a win at Penn State, which also is riding high with three wins in a row after opening with consecutive defeats. These are two of the Big Ten?s biggest surprises.

In other action, Michigan State plays at Indiana for the Old Brass Spittoon, with both teams coming off tough losses. And Illinois is at Wisconsin in another contest that pits teams looking to rebound from defeats. Iowa and Minnesota are off.

BEST GAME: Nebraska at Ohio State. Yes, Huskers coach Bo Pelini returns to his home state and alma mater in what will be an overworked storyline all week leading into Saturday. The real storyline: These are the two best teams in the Big Ten-at least this week. Each squad is coming off a big victory. The Buckeyes won, 17-16, at Michigan State, while the Cornhuskers stormed back from a 17-point deficit to beat Wisconsin, 30-27. It was a signature win for both. Ohio State is 5-0, while Nebraska has won three in succession to move to 4-1. Each team comes into the game off a strong defensive effort.

BEST MATCHUP: Northwestern quarterbacks Trevor Siemian and Kain Colter vs. Penn State linebackers. Wildcats offensive coordinator Mick McCall is deftly using two signal-callers. It?s very impressive. The Siemian-Colter duo may have hit its apex last week in a 44-29 win over Indiana. Siemian hit 22-of-32 passes for 308 yards. Colter led the Wildcats in rushing (161 yards and four touchdowns) and receiving (9 catches for 131 yards). Michael Mauti is coming off a monster game at Illinois, earning national defensive player of the week honors. He picked off two passes and had six tackles and an assist on a sack in the 35-7 victory over the Illini. Gerald Hodges and Glenn Carson join Mauti on what is a formidable trio of linebackers for coordinator Ted Roof?s big-play defense that ranks in the top half of the Big Ten in turnovers generated, sacks and tackles for loss.

PLAYER ON THE SPOT: Purdue QB Caleb TerBush. The senior threw for four touchdowns in a 51-41 win over Marshall last week and appears to be coming on. Good thing. He has hit 63.8 percent of his passes for 531 yards with seven touchdowns and four interceptions in three games for a rising team and Leaders Division dark horse. TerBush will need to have a strong outing if the Boilermakers want to topple Michigan in their Big Ten opener. Too often, TerBush follows a good series with an average/bad one. The Wolverines defense isn?t great, and Purdue likely will need to score at least three touchdowns to win.

KEEP AN EYE ON: The Michigan offense. How will it look coming off a bye week? The passing game has struggled, ranking ninth in the Big Ten (209.3 ypg). And the Wolverines have been dogged by turnovers, committing 11 through four games. Quarterback Denard Robinson leads the Big Ten with eight picks and is hitting just 54 percent of his passes in what has been an inconsistent senior season. And when will running back Fitz Toussaint assert himself? The good news: The Boilermakers were scorched for 439 yards passing and 534 yards of offense in a 51-41 win over Marshall and its spread, pass-happy attack last week.

BEST COORDINATOR MATCHUP: Ohio State offensive coordinator Tom Herman vs. Nebraska defensive coordinator John Papuchis. The Buckeye offense remains a work in progress-and a bit over-reliant on Braxton Miller to make things happen. Still, it has been an effective offense. Since getting shredded for 653 yards in a 36-30 loss at UCLA, the Huskers have allowed 286, 210 and 295 yards in the last three games. Which young, rising star coordinator has a little something extra up his sleeve?

BEST COACHING MATCHUP: It has to be Nebraska?s Bo Pelini vs. Ohio State?s Urban Meyer. Each comes at the game differently, with Pelini being a defensive coach and Meyer an offensive mind. But each has unmatched intensity and focus, with laser-sharp attention to detail in building their programs. Watch the intensity ooze on the sideline on Saturday night in Columbus.

BEST QUARTERBACK MATCHUP: Ohio State?s Braxton Miller vs. Nebraska?s Taylor Martinez. It doesn?t get any better than this, America. This also is a battle between arguably the two best players in the Big Ten. Miller is No. 2 in total offense in the Big Ten, hitting 62 percent of his passes for 933 yards with eight touchdowns and three interceptions while running 90 times for 577 yards and seven scores. Martinez leads the Big Ten in passing efficiency, completing 67 percent of his attempts for 1,059 yards with 11 touchdowns and a pick. I can?t wait.