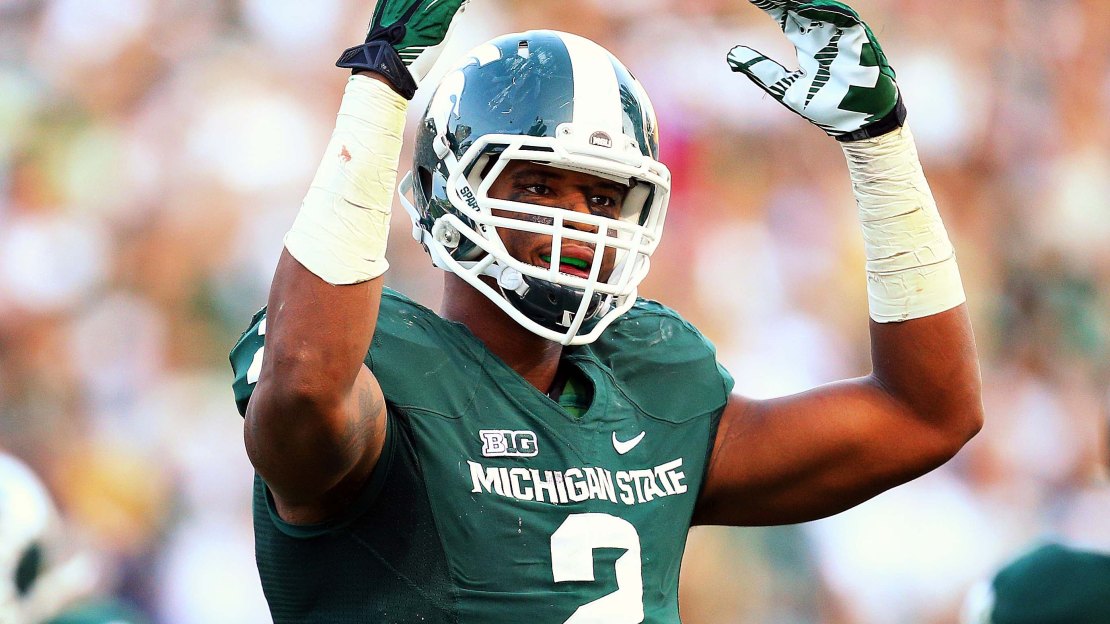 And then there were two. The first week of Big Ten play saw previously undefeated Minnesota suffer its first loss of the season. That leaves Ohio State and Northwestern, both 5-0, as the Big Ten's lone remaining perfect teams (B1G standings). See my 10 observations-some whimsical, some fact based, some opinionated-from Week 5.

1. The Ohio State ?film gate.? Michigan State claims that Ohio State doctored game film of its offense that it sent the Spartan staff prior to their recent game. MSU defensive coordinator Pat Narduzzi says OSU cut off pre-snap motions and shifts before plays of its first four games. Never mind that Michigan State also had film of Ohio State from the Buckeyes? first four opponents. My point: Why bring this up, Michigan State? It looks like whining. And, I wonder: Would the Spartans had mentioned this if they had beaten Ohio State? I think trying to tackle Braxton Miller was more of an issue for Michigan State than any alleged film doctoring.

2. Nebraska?s prospects. They are looking pretty good after roaring back from a 17-point hole to beat Wisconsin, 30-27, on Saturday night for a third win in a row. The Cornhuskers have a big game at Ohio State this week. Are these the two best teams in the league? Regardless, it will be a great litmus test for Nebraska. And I argue a win may be the biggest in Bo Pelini?s tenure in Lincoln.

3. Blackshirts back? No mention of the rise of Nebraska can be complete without mentioning the defensive turnaround over the last three games. Since getting shredded for 653 yards at UCLA, the Husker defense has stiffened. Nebraska has allowed 286, 210 and 295 yards, respectively. It is a remarkable turnaround Credit to coordinator John Papuchis.

4. Fly, Herky! Fly. The Iowa attack sputtered and spit for four games, ranking 10th in the Big Ten (357.8 ypg) entering the weekend. But it found wings vs. a hot Minnesota team whose defense was No. 3 in the Big Ten (307.5 ypg). Let?s thank running back/Wunderkind Mark Weisman, the most unlikely Big Ten hero of all. The sophomore walk-on transfer from Air Force has literally and figuratively come out of nowhere to be a sensation. The last three games, Weisman has run for 511 yards and seven touchdowns (B1G rushing leaders).

5. Buckeye Deeee-fense. The unit was maligned entering the Michigan State game, ranking last in the Big Ten (394.8 ypg). Ohio State rationed the Spartans to 303 yards, with 34 coming on the ground on 22 carries. Not bad. By the way: There?s no word on Ohio State doctoring the defensive game film that it sent Michigan State.

6. Meet Mr. Versatile. That?s Northwestern?s Kain Colter, who defies any labels and may be the nation?s ultimate jack-of-all-trades weapon. His array of skills was on full display yesterday in a 44-29 win over Indiana. Colter led the Wildcats in rushing (14 carries for 161 yards and four touchdowns) and receiving (six catches for 131 yards). Oh, and he started the game at quarterback. And you know he could play defense if needed. If there ever was a guy who is worth the price of any admission, it is Colter.

7. Caleb TerBush. The Purdue quarterback has had critics, but he dispelled some doubters yesterday with a strong day vs. Marshall. The senior hit 27-of-37 passes for 294 yards and four touchdowns in the 51-41 victory. It was a nice confidence building effort with Big Ten play set to commence this Saturday. But should the Boilermaker defense be worried? Marshall?s Rakeem Cato completed and threw more passes (45-of-68) against Purdue than any opponent ever. He also tossed five touchdown passes. Let?s write this off on the Boilers facing a crazy offense-and Purdue perhaps losing interest after building a 42-14 halftime lead. Yes, that sounds right.

8. Indiana?s defense. In a word-woof. The unit was shredded for 704 yards by Northwestern, a Wildcat record. Let me type that out for effect: seven-hundred-and-four-yards. That?s a lot. Unless the Hoosiers can somehow, some way tighten up, they may have a difficult time winning any Big Ten games this season. But, it?s still early, so stay positive, right?

9. Take five, Michigan. The Wolverines make the list, even though they didn?t play last week. The weekend off gave Michigan a chance to catch its breath after a, ahem, interesting non-conference slate that was highlighted (lowlighted?) by losses to Alabama and Notre Dame-as well as a close-call win vs. Air Force. How will Michigan look coming out of this off week? Many felt the Wolverines were the Big Ten?s best team before the season started. Now, we will find out, beginning with a big game at Purdue.

10. McLoving McGloin. I know Ohio State quarterback Braxton Miller is the favorite at this very moment to be Big Ten Offensive Player of the Year. But isn?t Penn State quarterback Matt McGloin at least in the conversation? The team is riding his right arm. He just engineered the Nittany Lions? third victory in succession, an impressive 35-7 triumph at Illinois. McGloin hit 18-of-30 passes for 211 yards and a touchdown for an offense that has been built around the pass. The senior paces the Big Ten in attempts with 170 and in completions with 101, while also leading in passing yards with 1,217 and has 10 touchdowns with just two picks. Not bad for a former walk-on from Scranton.