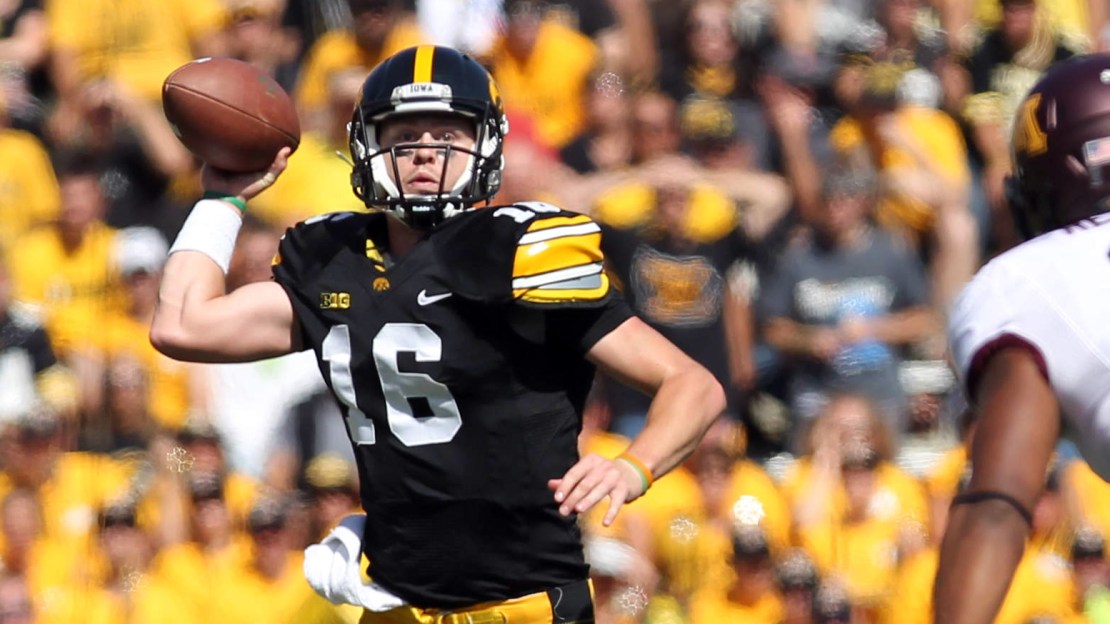 The two teams combined for more punts than points in a slow first quarter and Iowa leads 3-0 at the end of the first quarter. There were four punts in the quarter as neither team could find a way to move the ball. The Hawkeyes struck first when Mike Meyer drilled a 43-yard field goal, the final play of a six-play, 49-yard drive. Iowa's drive was keyed by James Vandenberg's 45-yard pass.

The Hawkeyes' Mark Weisman has already gone over 100 yards rushing in just one quarter, with 103 so far.

Here's more on this game from BTN.com's Tom Dienhart.

Player on the spot: Hawkeye quarterback James Vandenberg. He ranks 112th in the nation in passing efficiency. The senior did, however, throw his first touchdown pass of the season last week. So, maybe that will be a spark. But Vandenberg may be under duress vs. a Gopher defense that ranks second in sacks (11) and has seven picks. Someone must block Gopher end D.L. Wilhite.

Key matchup: Iowa offense vs. Minnesota defense. One is struggling and seemingly full of self-doubt. The other is rolling, seemingly filled with self-confidence. The Hawkeyes-10th in the Big Ten in total offense-have gotten a surprising boost from walk-on running back Mark Weisman, who in the last two games has run for a combined 330 yards and six touchdowns. The Gophers-3rd in the Big Ten in total defense-are excelling at making big plays, notching 10 takeaways to pace the Big Ten.

Key number: 61.3, penalty yards per game for the Hawkeyes. That ranks 82nd in the nation. And that?s not good. Iowa had nine penalties for 106 yards last week in the stunning home loss to Central Michigan after having a total of 12 in the first three games.

Key note: The Gophers have won the last two meetings, but both of those were at Minnesota. The Golden Gophers haven?t won in Iowa City since 1999. To win three in a row over the Hawkeyes, Minnesota will need to have Donnell Kirkwood run well so quarterback Max Shortell doesn?t have to carry a huge load with MarQueis Gray out with injury.